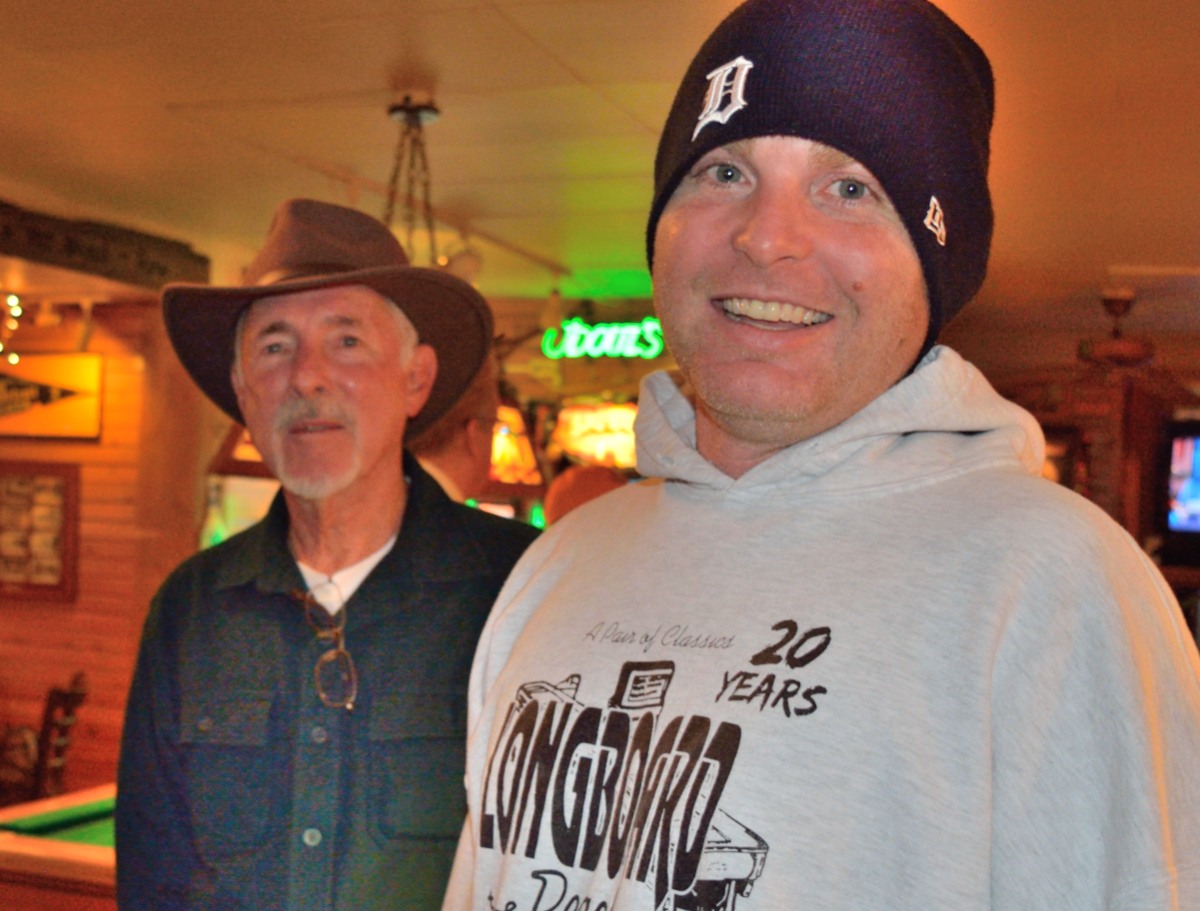 For the 23rd year, competitors are working the longboard at the Beach Bar.  And as in every other year, each team looks for victory.

At first glance, it would seem that shuffleboard is a straight forward game and simple to play.  Not so.  The rules create interesting, intricate, challenges.  While luck plays a role, the game’s nuances definitely have a bearing on outcomes.

Some of the founders still play in the league.  With their experience, they are forces to be reckoned with.  But that’s not intimidating newcomers or keeping them away.  There’s a waiting list!  At the end of this piece, you’ll see the names of some of the victors since 2001.

The board itself makes a difference.  And so it gets plenty of attention.  Humidity, heat and cold are elements that affect the playing field and adjustments are required from time to time.

Some of the competitors at the Beach Bar on Thursday, December 10th.

If you’re interested in checking out Clark Lake’s Longboard games at the Beach Bar, the schedule below outlines what to expect as well as the dates. 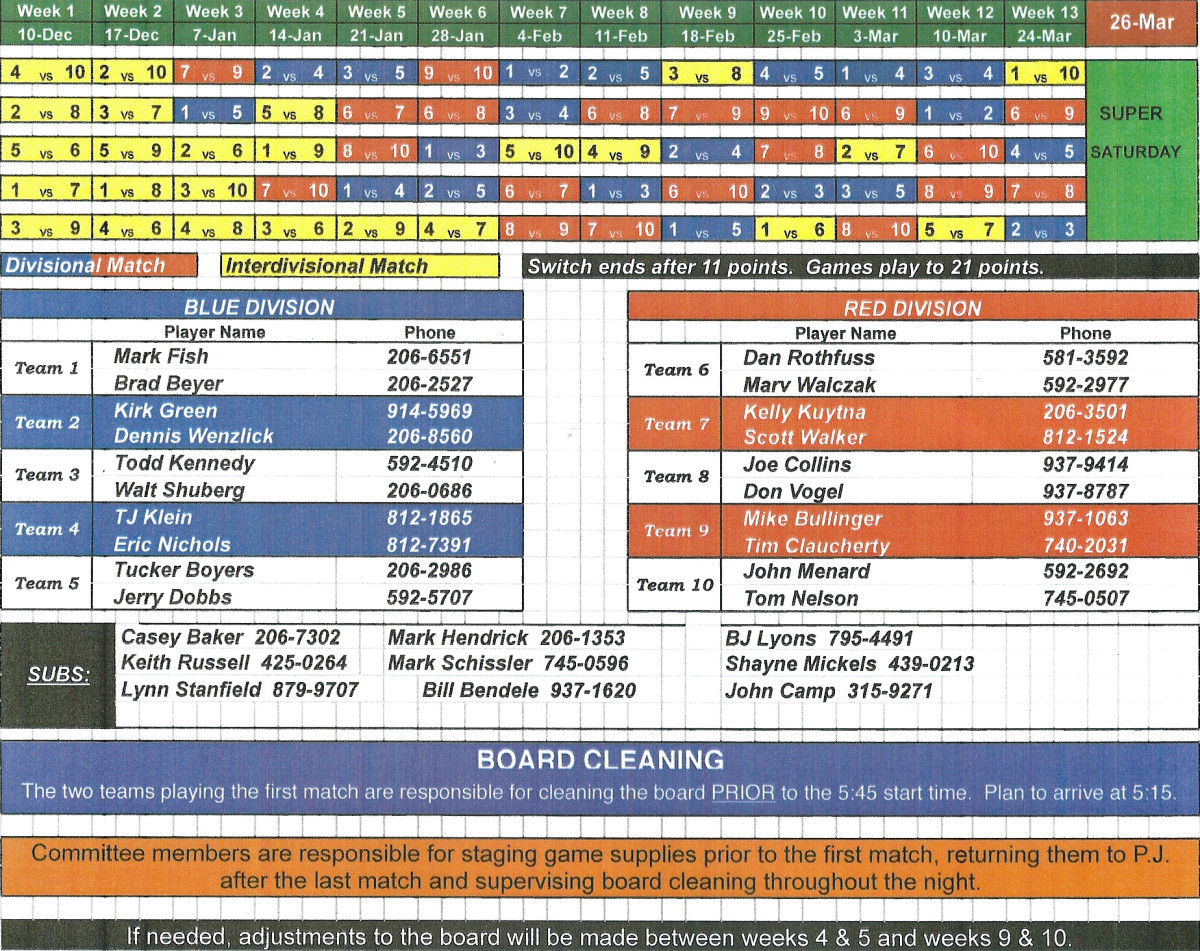 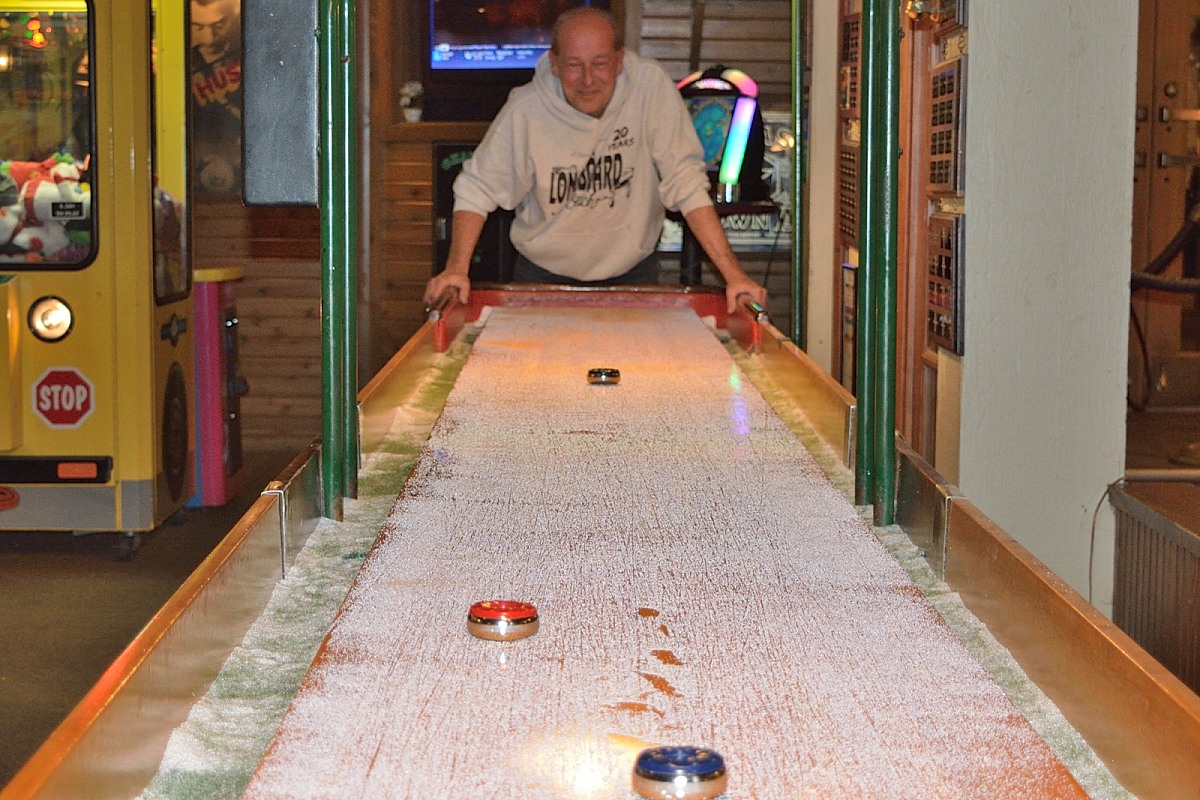 The wall of fame. 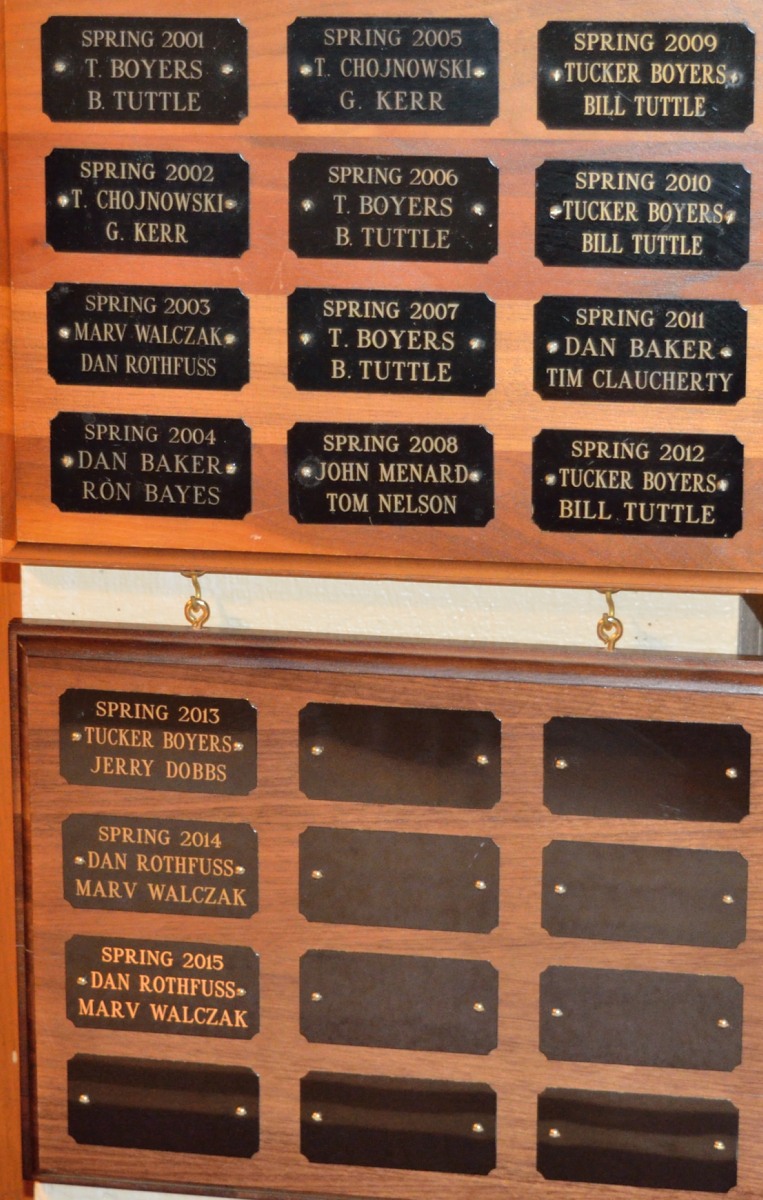