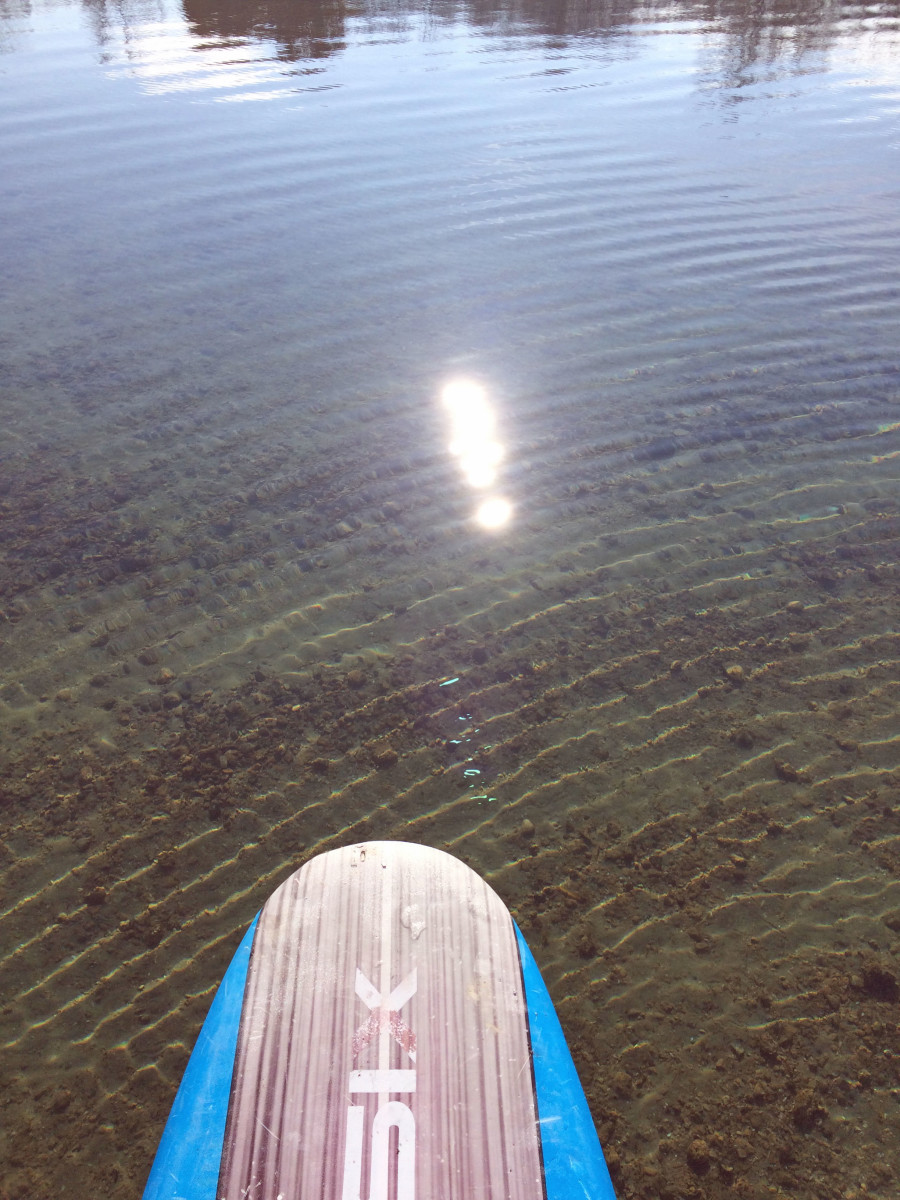 On any given day, Clark Lake offers interesting views of itself.  Of course you have to be open to seeing them.  Both Sally Lyons and Carl Noechel not only saw some them but went a step beyond.  They had cameras ready to capture the views.

Sally took a photo (#1 in the slider) of the shoreline that parallels Eagle Point Road, as well as the front of her paddle board.  She displayed certain confidence of her abilities on a paddle board, given the temperature of the water and the vulnerability of an iPhone that would probably have a problem surviving a dunk.

Carl’s imagination was also working as he caught the reflection of the skeleton for a boat lift canopy at Eagle Point.  He also snapped the view from the bench at Ocean Beach and two shorelines.

Thanks to both Sally and Carl for sharing.