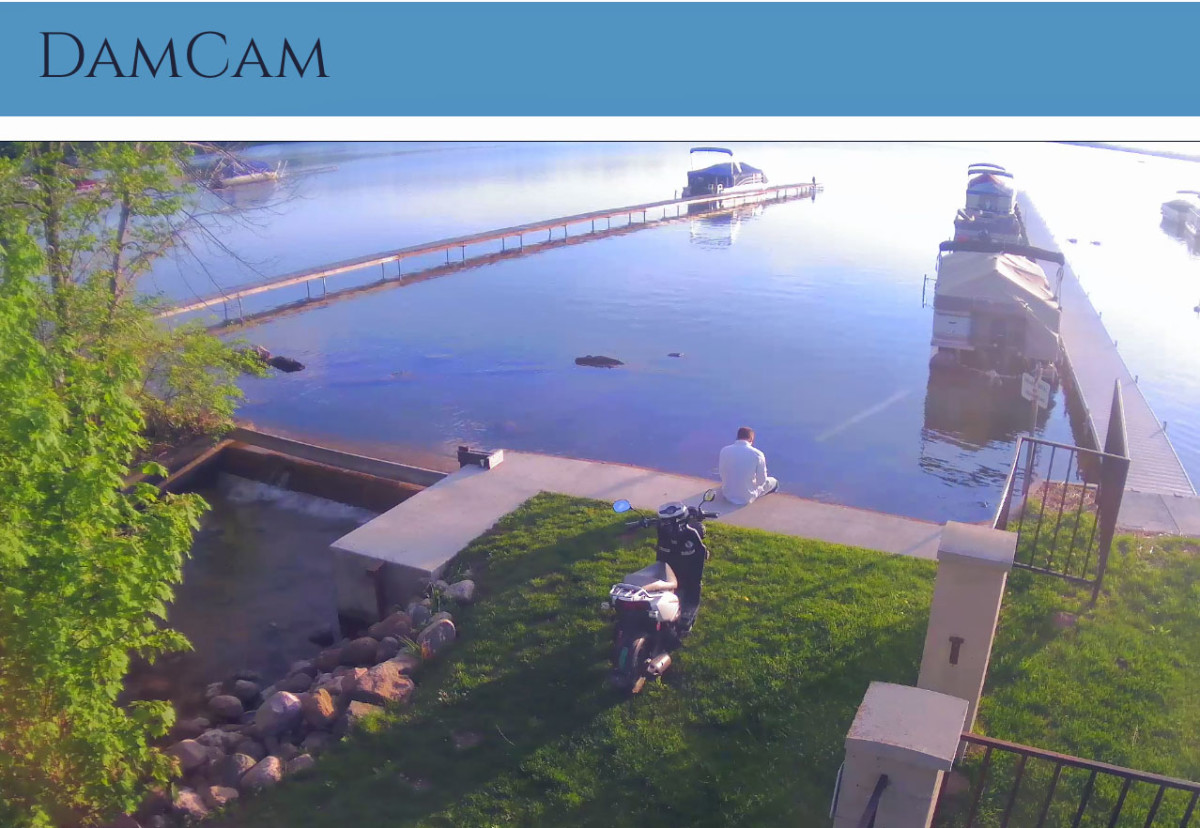 View from the DamCam at Ocean Beach

On Wednesday, the DamCam captured the break in the recent cold spell to tell a picturesque story. Almost as if in a painting, there’s a pause in the outing for a peaceful moment to connect with Clark Lake with the soundtrack of water falling over the dam.

August will mark the second anniversary of the DamCam.  It’s a feature of this website that allows you to view Clark Lake from a perch above the dam,  24/7 anywhere in the world that there is Internet access. Special thanks to those who make it possible by their contributions to the Clark Lake Spirit Foundation, the organization responsible for the DamCam and this website.  Thanks also to the Beach Bar for their support of the DamCam, which makes this view of Clark Lake possible.