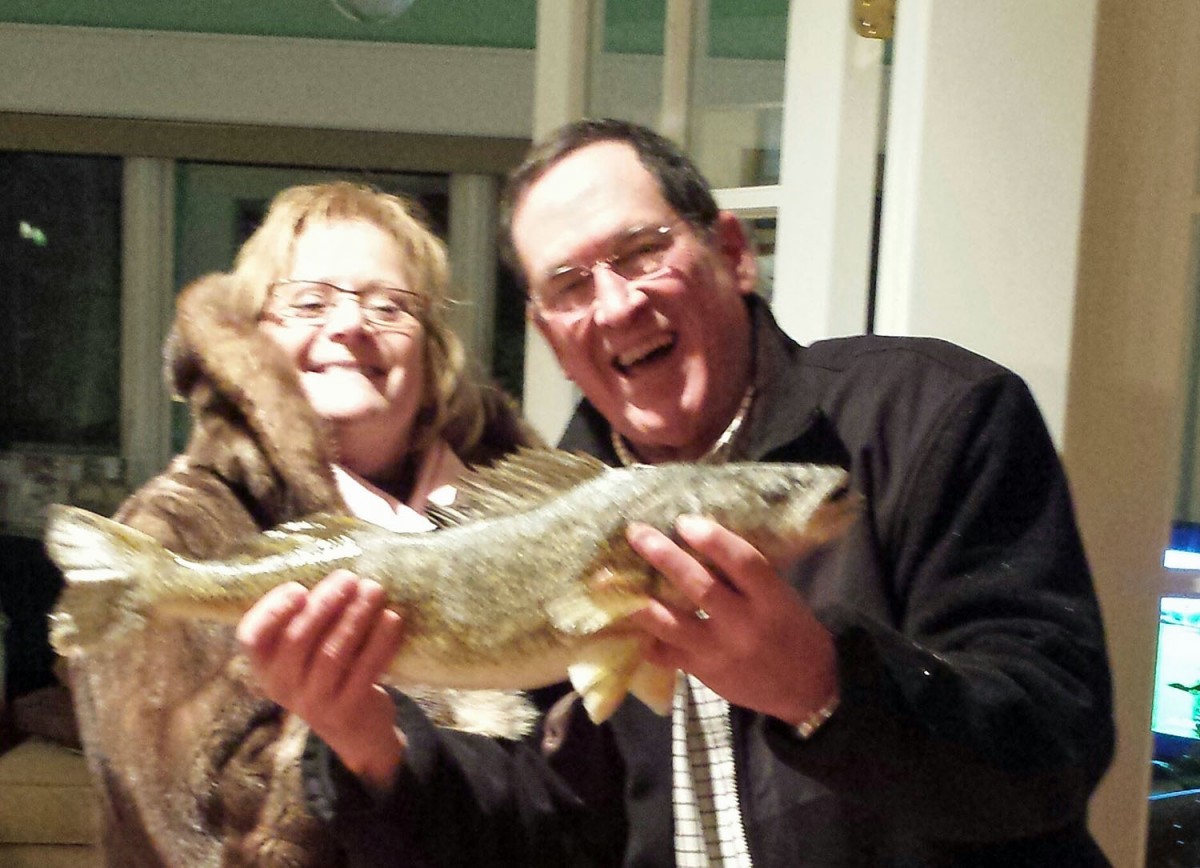 There was some fishing excitement on Clark Lake on Sunday.  People like Lynn Vermeulen, Grant Brown and Mike McKay had poles bobbing through holes in the ice looking to hook that big one.  At one point it seemed like Mike McKay would win this contest.  He pulled up a six inch perch.  Okay.  That’s better than pulling up some weeds.

So the group adjourned for a neighborhood feast inside-steaks, stirfry, the whole works. But last to come through the door was Lynn Vermeulen.  Lynn lingered to position his tip-up to signal any activity on the line, and to place it in such a way so that it could be watched from inside.  Would the frequent checking through the window pay off?  When fishing, there is a certain amount of patience required.  In this case, the virtue of patience was not in high demand. The tip-up signaled something important was happening–and happening in a big way.  Lynn hurried to the fishing spot, which was over about 30 feet of water.  He pulled on the line and up came an enormous walleye–all 30 inches of it! 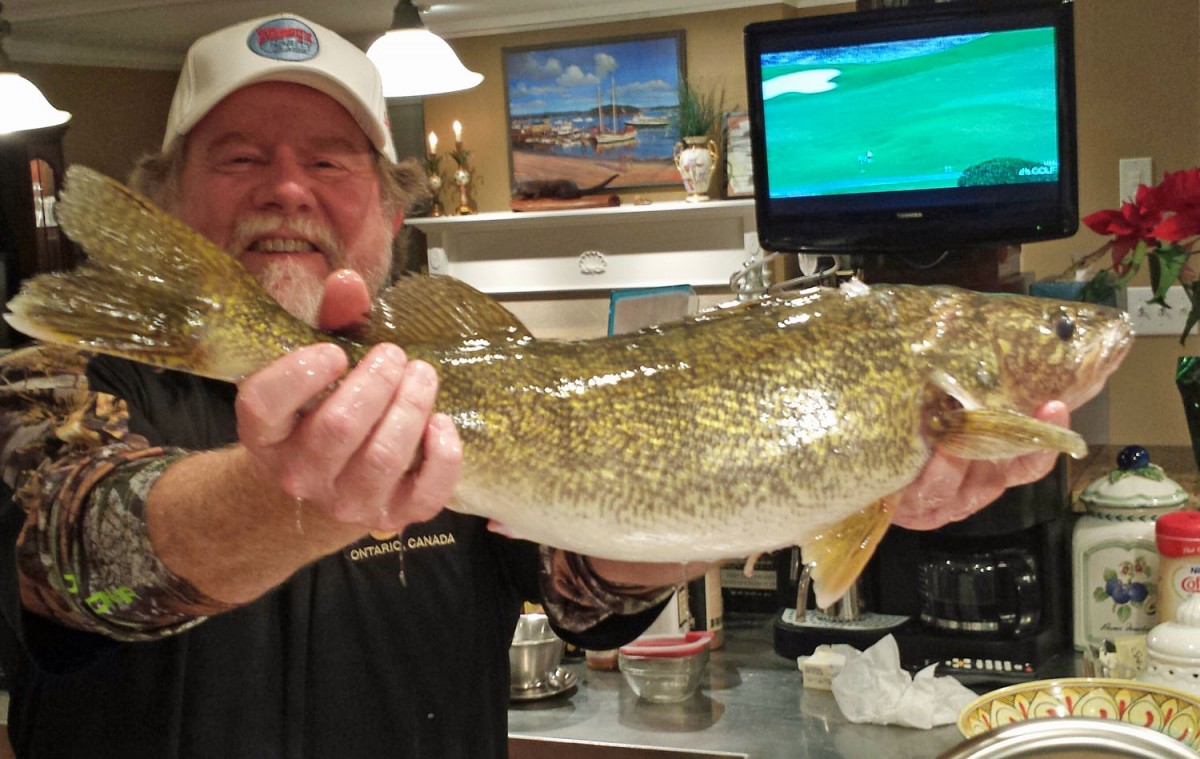 The walleye arrived too late for dinner on Sunday, but reports indicate that Grant Brown filleted the whopper, and the catch was ready for a Monday evening feast. No report on what happened to Mike McKay’s 6-inch perch.

Here’s something to think about next summer.  When you jump into the lake for a refreshing swim, know that you’re sharing Clark Lake with Mr. Walleye’s relatives.  But do relax a bit.  There have never been any man vs. walleye incidents noted at Clark Lake, other than the kind that happened for Lynn Vermeulen on Sunday.

Below, to the left is Mike McKay’s prize from earlier in the afternoon.

In fall of 2013, Clark Lake was stocked with 2000 walleyes to improve the number of this excellent specie–the other two photos show the stocking activity.  The stocking was done through the Clark Lake Spirit Foundation. 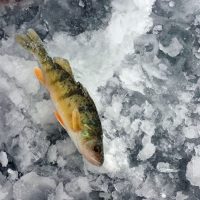 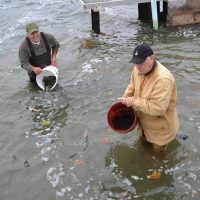 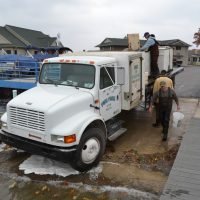