Once again rafts own the big number even though their numbers are off slightly from last year. The upsurge in kayaks continues unabated with every year since 2002 showing an increase. 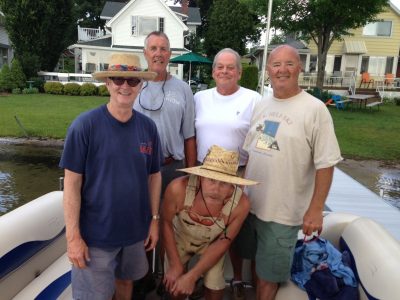 Since 1987, Bill Tuttle has conducted this count. To get a handle on the mechanics of the count, scroll below “highlights” on this page. For every data detail imaginable, click Vital Statistics. But we recommend that you start with the highlights below.

An explosion of kayaks bolster person-powered craft count
The big story is kayaks. This year is their best ever showing with 164 counted. They got their start on the lake around 2000 and have multiplied like Clark Lake chipmunks ever since. Because of kayaks, all person-powered craft (canoes, paddle boats, kayaks) came in with their strongest showing this year (247). Over the years, the number of canoes has varied, but there are no apparent long term trends. There were 29 canoes in 1987, 40 in 1990, 10 in 1996 and 2001, 28 in 2013. Paddle boats peaked in 1989 (111) and have declined steadily ever since. This year they came in at 55.

Sailing craft
The largest count of all sailing craft was recorded in 1987 with 257, and it’s down to 73 this year. Hobies also peaked out in 1987, and other sailing craft been decline for years. Outside of 1960 (50), this year’s count showed the lowest number with only 73. Regular sailboats peaked at 147 in 1987 and are down to 41 this year. There are 24 Hobies this year, down from 29 last year but up from a low of 16 in 2002. In the early 1980s Clark Lake’s Hobie Cat Fleet 58 was the second largest fleet in the world for an inland lake (second only to an inland lake in South Africa). 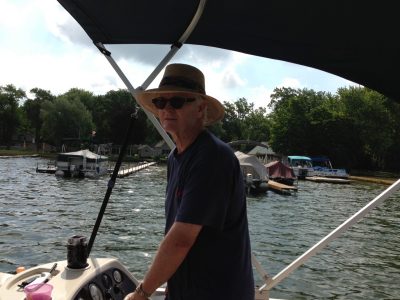 About the Boat Count
This is the 55th annual boat count. Traditionally it takes place at 6 am on the 4th of July under the theory that most boats that would be in the water were in the water by then. At 6 am most boats would at their dock rather than on the lake. As always, Bill Tuttle was in charge of the crew that circled the lake. Bill captained the raft, Mike Beebe was scribe, Joe Rumler called out the numbers as the crew passed by each dock. Jim Bretes and Mike Hendges assisted. Because of extreme shallow water, the count of boats in Pierce Bay was done by canoe courtesy of Josie and Frank Hones. 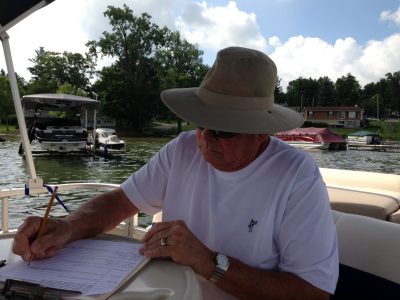 The history of the count goes back to 1959. For years, it was conducted by Bowser Eagy. After his passing, Bill Tuttle took up the mantle. Unfortunately the counts from years 1961 to 1986 were lost forever when Bowser’s estate was processed.

If you look over the chart in Vital Statistics, you’ll also notice that 2009 and 2010 are missing. Bill Tuttle now says that he has discovered that chipmunks ate the data for those two years. And in support of that story, there are a lot of chipmunks residing here. Bill has, however, discovered an iPhone app that is supposed to recover data from errant animals. We’ll see if it works. 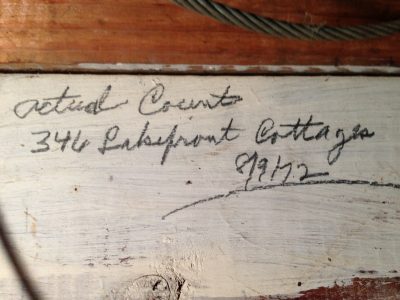 The number of boats per house was calculated by subtracting boats docked at clubs from the total number and then dividing by 365. The 365 number is seen to be fairly consistent year-to- year. But reaching back to the early 70s, there were fewer lakefront structures. On August 9, 1972, Bill Ligibel counted 346 lakefront cottages.