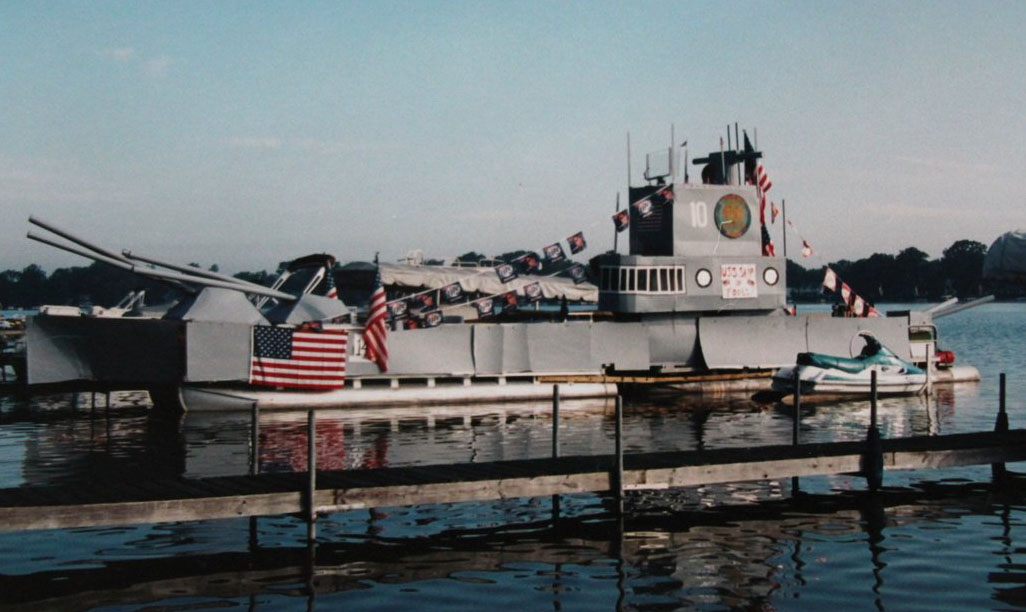 This really did happen at Clark Lake!

Today’s weather might try to hide the fact that the Clark Lake 2015 Summer of Fun will happen!  But happen it will.  The skies will clear, the sun will shine and it will warm up again.

A major part of summer at Clark Lake for the last 55 years  is the Raft-O-Rama.  No surprise that the RoR is a big event here.  It’s rumored that the raft was invented at Clark Lake, and later became known as “pontoon boats” as the idea spread elsewhere and manufacturers took over.  You can always tell a Clark Lake person by the name he or she chooses to use to refer to this kind of watercraft.

The Raft-O-Rama Committee is working on this year’s event and will meet again Thursday (April 23) at 6:30 pm at the Beach Bar.  Looking to take part in the planning?  The Committee welcomes new members Thursday evening.

The theme for this summer will be “Festivals”.