CE Says Turn Down Your Heat

Coinciding with an arctic blast, Consumers Energy is asking customers to reduce gas usage.  It’s the result of a fire at their Ray Natural Gas Compressor Station in Macomb County this morning.

According to CE, “all gas flow from the compressor station has been shut in until safety and damage assessments can be completed. Consumers Energy is activating natural gas peaking storage fields in Northville and St. Clair to help deliver natural gas to our customers. Natural gas is stored underground and reserved in these fields, which are activated when energy demand requires it. In addition, the company has reached out to its largest business customers to reduce gas usage while we continue to investigate the incident.”

CE is asking residents and businesses to reduce gas usage by doing the following:

“Conservation, even by gas customers served by other utilities than Consumers Energy, is making a difference. This morning, we are cautiously optimistic that our public requests to reduce gas use are having a positive effect.  Repairs at our Ray Compressor Station are ongoing and the station is partially in service, providing natural gas to our distribution system. However, with Thursday’s continued historically cold weather, we ask that conservation measures continue through the end of the day Friday, Feb. 1.

Meanwhile, a change is coming most will welcome. By Saturday, the high will be 39, Sunday 46, and Monday 51.  After that temperatures settle back into a more typical January range.

As of Wednesday at 7:30 pm, here’s what the National Weather Service is saying (updated forecast always available from the main page of this website).

Below, the DamCam looks out over a frigid Clark Lake. 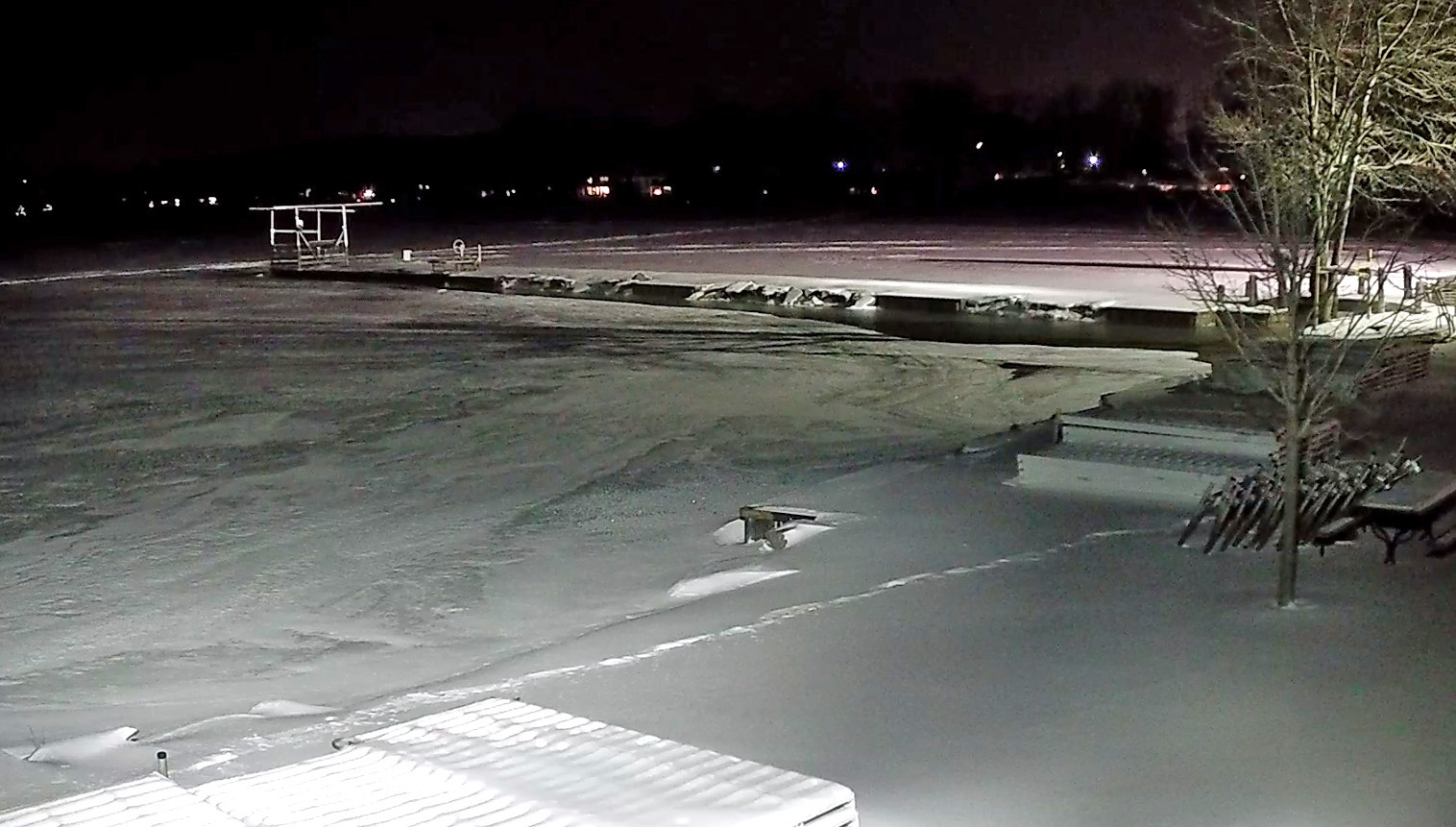