New developments:  The car that had broken through the ice near the west end boat launch is now out of the lake. A tow truck pulled it out mid-morning. At the scene were Columbia Township Police, two fire trucks and rescue squad–along with a number of observers.

Bill Leutz reports the owner “has been parking on the ice everyday to go out and ice fish, but picked a thin spot this time.”   Thanks to C.J. and Bill Leutz for their photos of the car being pulled out of the lake.

According to Columbia Township Police Chief David Elwell, the van did not appear to be damaged and there were no visible leaks.  The van drove away once out of the lake.  The DNR has been notified.

BJ Lyons’ Eagle Spirit One picked up the video of the clean up.  (For video of earlier this morning, please scroll down).

CJ Cox says “Channel 6 News arrived here at the end of the action…and interviewed some people.  The reporter said it could be on the 5 or 6 pm news.”  The Cit Pat also was on the scene.

CJ learned some additional information about the owner of the van.  He and a friend came out this morning from Canton in an attempt to free the van by themselves.   The friend brought waders, but the police and tow truck arrived before they had a chance to extricate it on their own.  CJ also learned that the owner had been warned by other fishermen not to park there because of the risk.  The car had been parked a few feet north of the boat launch.  Had it been directly in front of the ramp, the car would have been in much deeper water.

Earlier this morning, Eagle Spirt One, flew in for some overhead perspective. 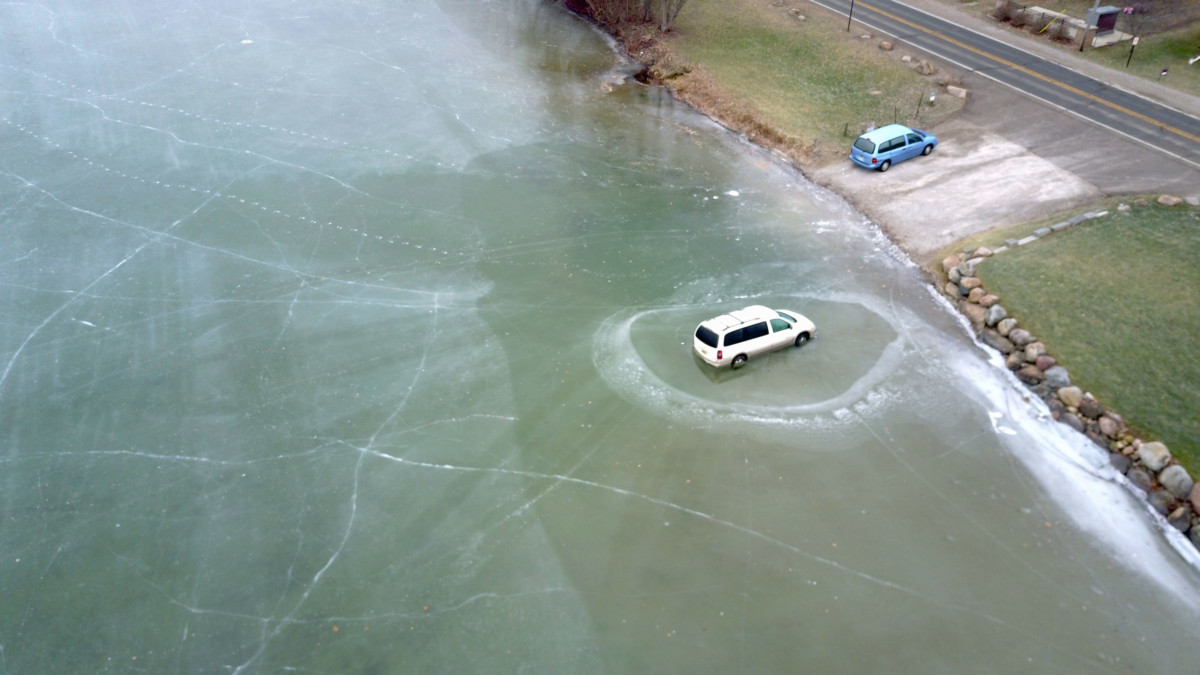 This photo from early this morning, was taken by Bill Leutz. 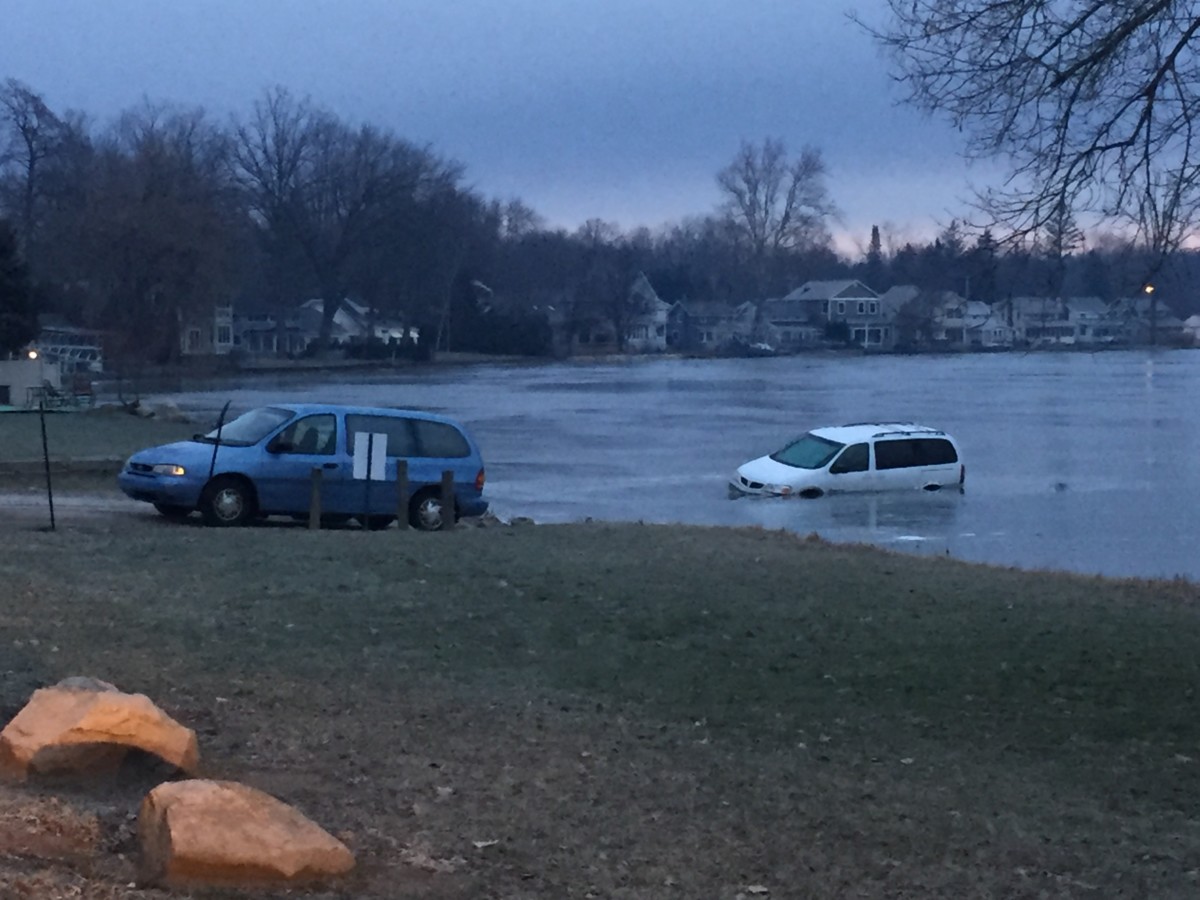 This photo, courtesy of Cindy Naegele, shows the clean up.

Click here the review the story from earlier this morning.