…and by dawn’s early light, Clark Lake was still there! 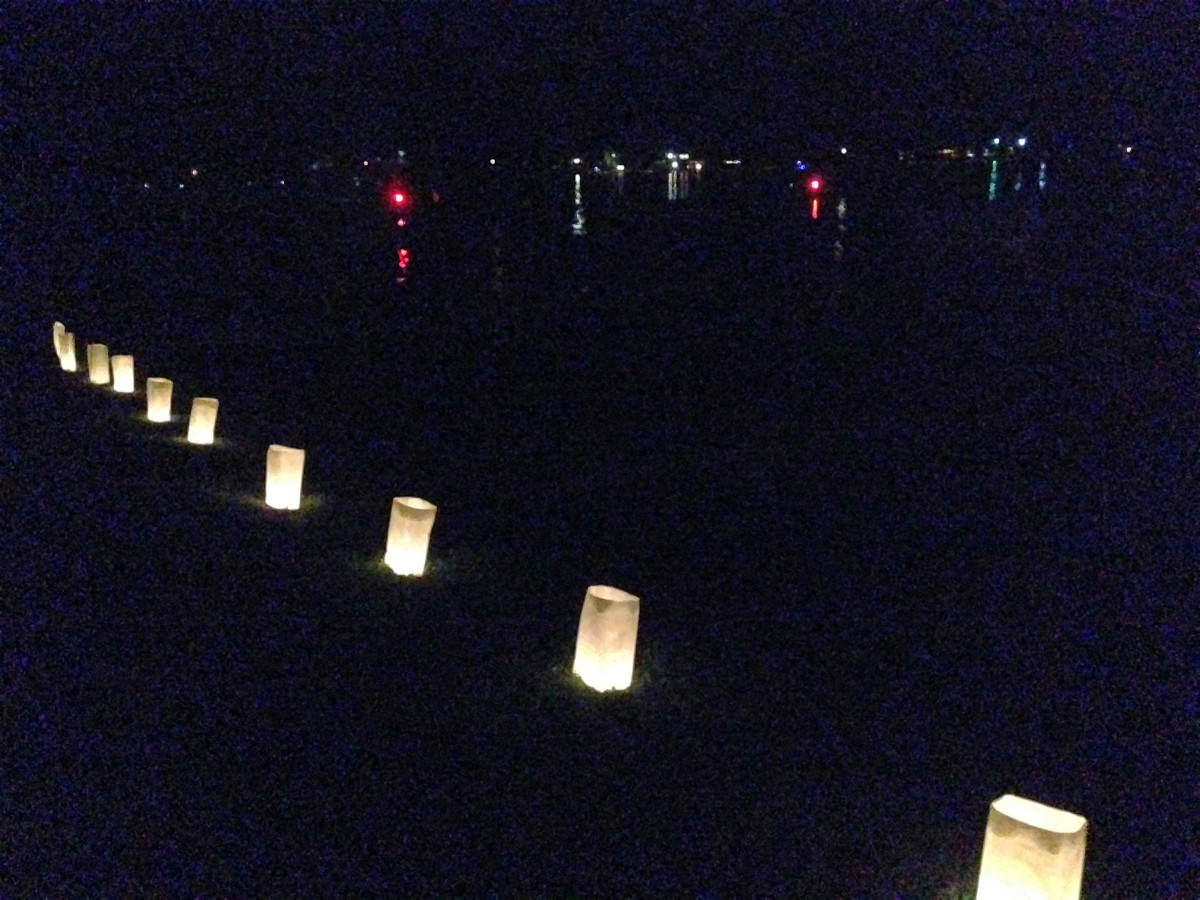 It was an evening of celebration after a day full of sunshine and fun on the lake.  Clark Lake’s Fourth of July evening festivities started gently–with the soft glow of luminaries lining the shoreline.  The luminaries are a project of the Raft-O-Rama committee. Their goal is to line every Clark Lake shore with luminaries and last night proved that they are well on their way towards that goal.

After the warm glow of the luminaries, activities decidedly ramped up.  Raft after raft headed out on the lake in anticipation of fireworks. Some positioned themselves between Eagle and Kentucky Points so they could turn their attention to whichever end of the lake had the most action.

The east end of the lake was carpeted with rafts and boats, all with the red, green and white running lights on.  The east end was particularly popular because of its reputation for outstanding fireworks.

As reported earlier on this website, a major display is launched by the Menard’s from their dock along Ocean Beach Road. Evelyn Menard says “Fourth of July is my favorite” and she adds at “a place I love, Clark Lake.”  Her daughter, Karen, says her mom is 91 “but you would never know it.”  Evelyn’s family forms the team that puts together their show last night.   The group effort includes Evelyn’s sons Tim and John; grandsons Dave, Tim Jr., Shane and in-law Ray Westover.

Some think that the at Menard’s efforts match Brooklyn’s fireworks.  To be sure, a show that started out as bottle rockets several years ago has blossomed into a not-to-miss event.

For those on the water, there were awesome fireworks just by turning your head. Being on the water the night of the Fourth is a special experience.  No night brings out more rafts and boats, and all are there to celebrate the same event–our nation’s Independence.

Below are photos from expert photographer Diane Deming that freeze the fleeting amazing moments in time. 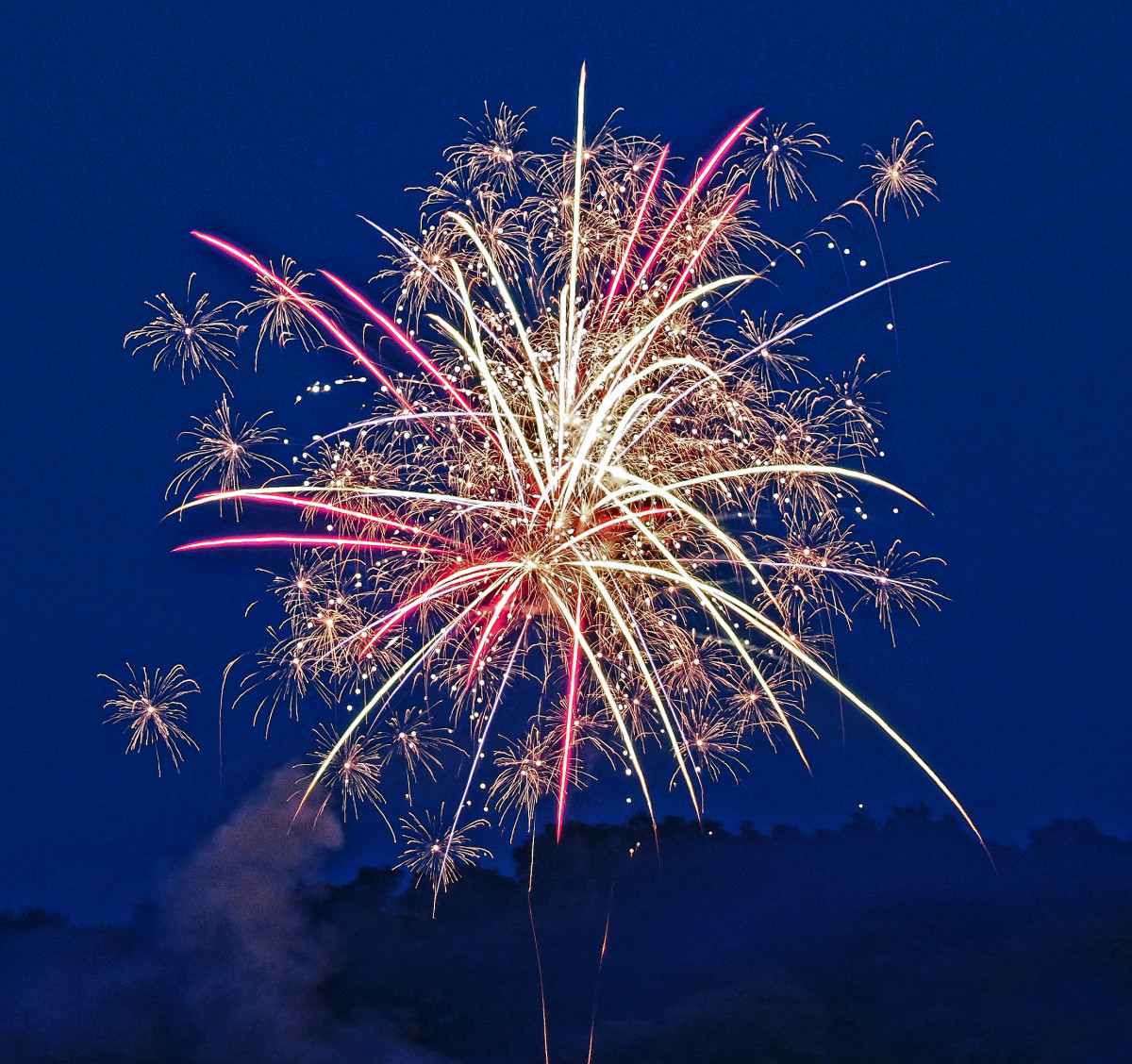 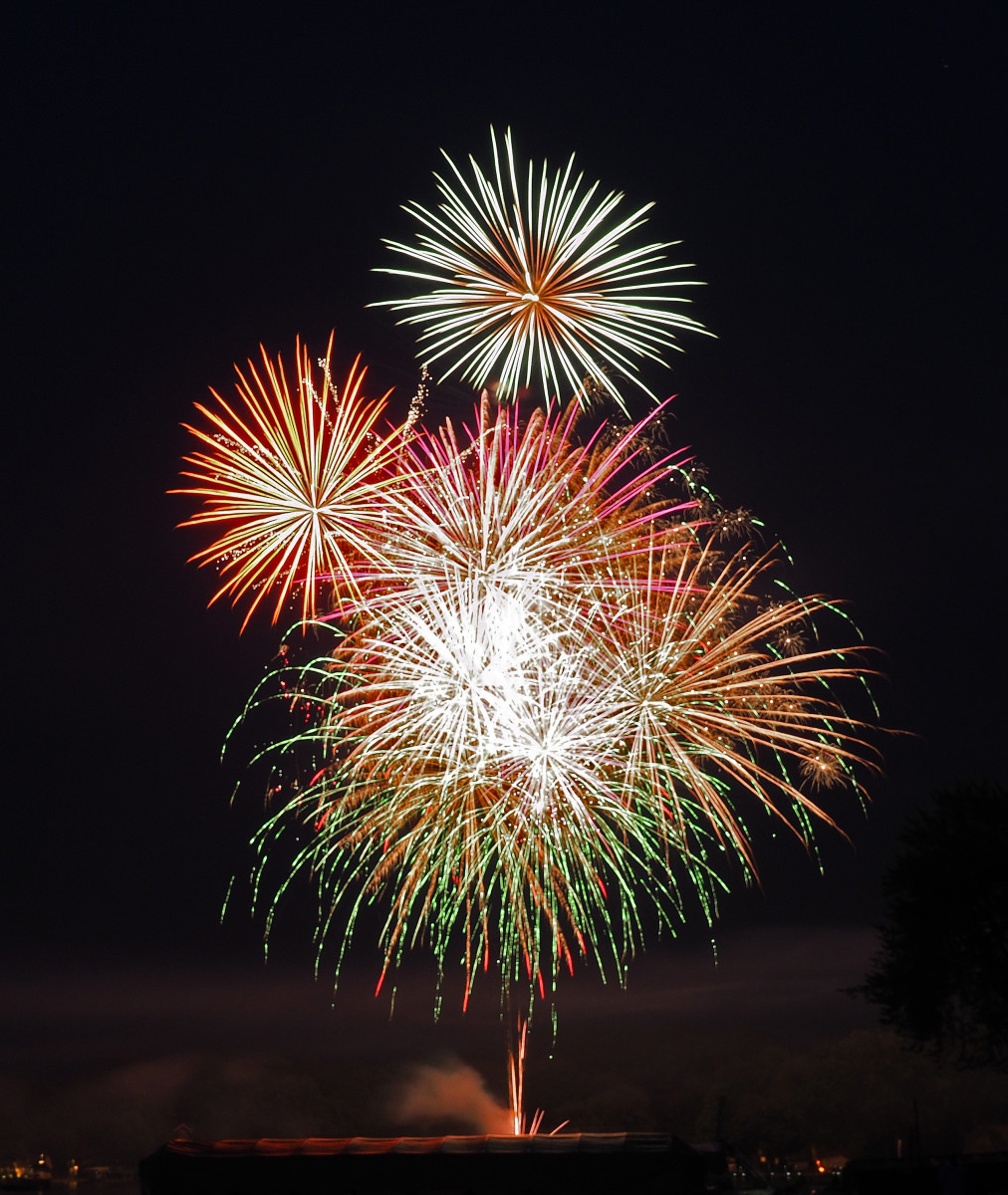 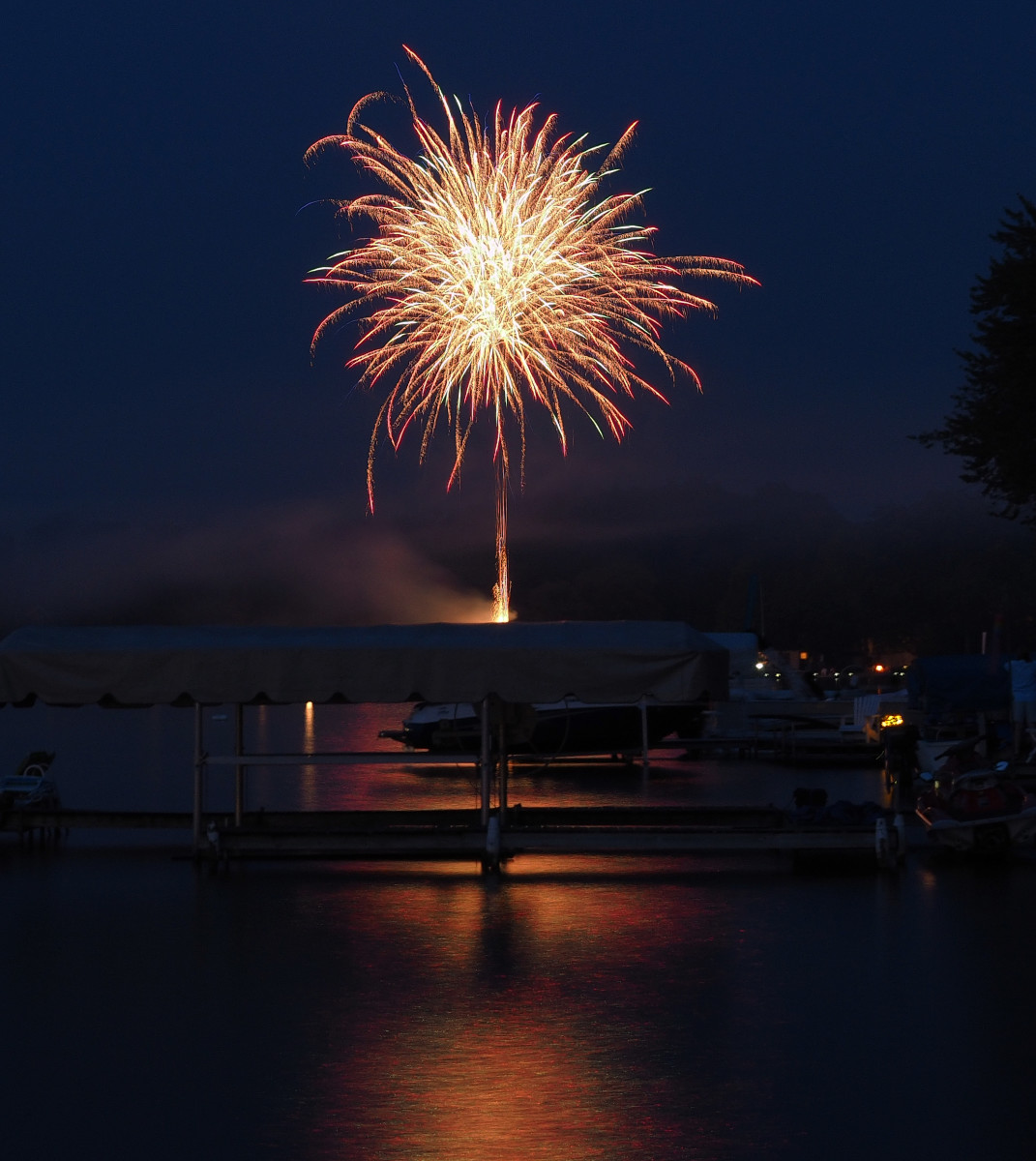 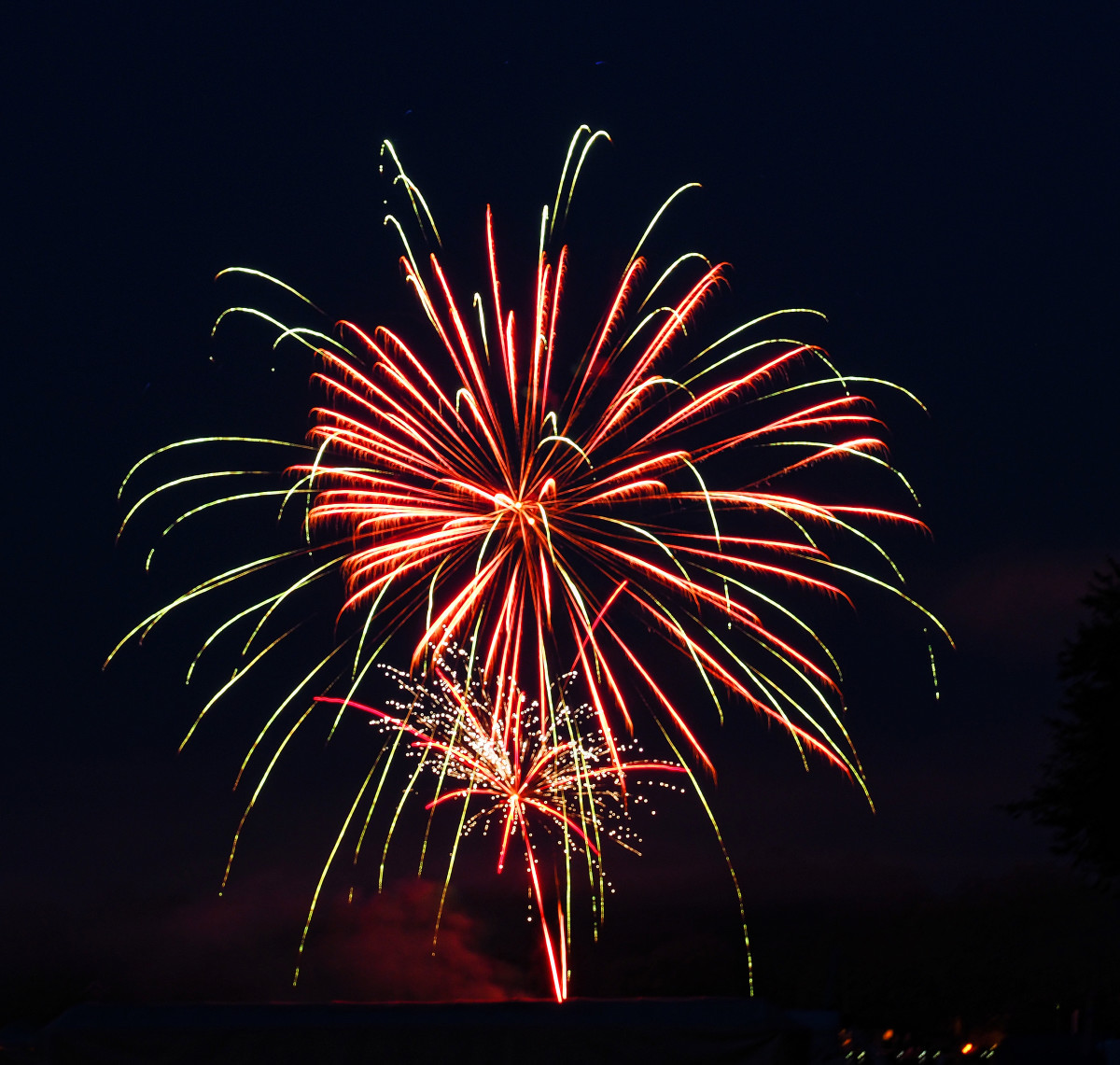 So after the breathtaking display, what happens next?  The big clean-up. What takes effort to put together also takes effort to take apart.  Here’s a photo of the Menard’s fireworks boneyard that you can see for yourself along Ocean Beach Road.  It will be there until trash pickup day. 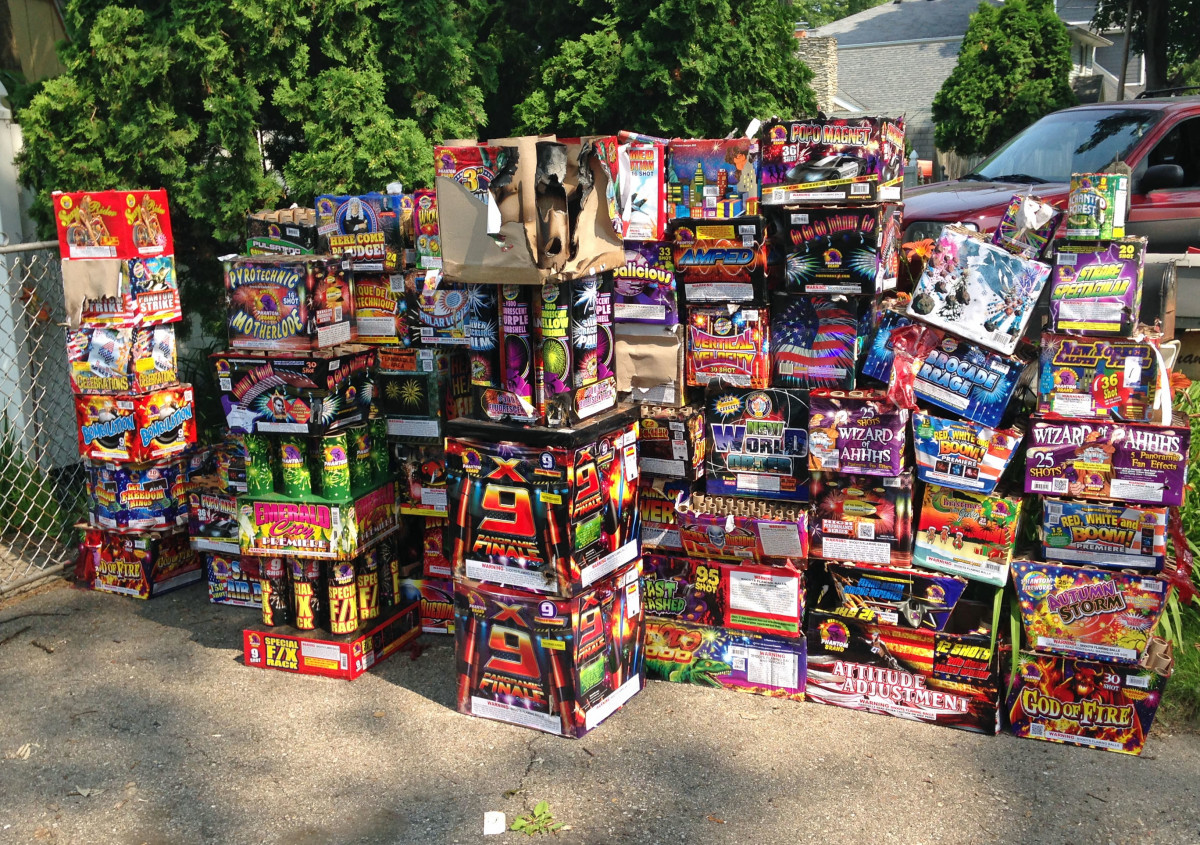