The numbers are in.  They show both the usual consistency and a few surprises.

Keeping with tradition, the count took place this morning, Sunday, July 4th.  The long-held theory suggests that July 4 offers the best opportunity for an accurate census, being that any watercraft that will be in the lake for the season, is likely moored by this date.

The boat count was under the command of Terry Scott.  There were two working groups.  On the command raft, Terry piloted, Tom Bules was the scribe, and Rick Belcher, the barker. Simultaneously, Josie and Frank Hones counted the boats from Mud Point to where Lakeview meets Eagle Point Road. Some of that area includes shallow water, so their manner of conveyance was via canoe. 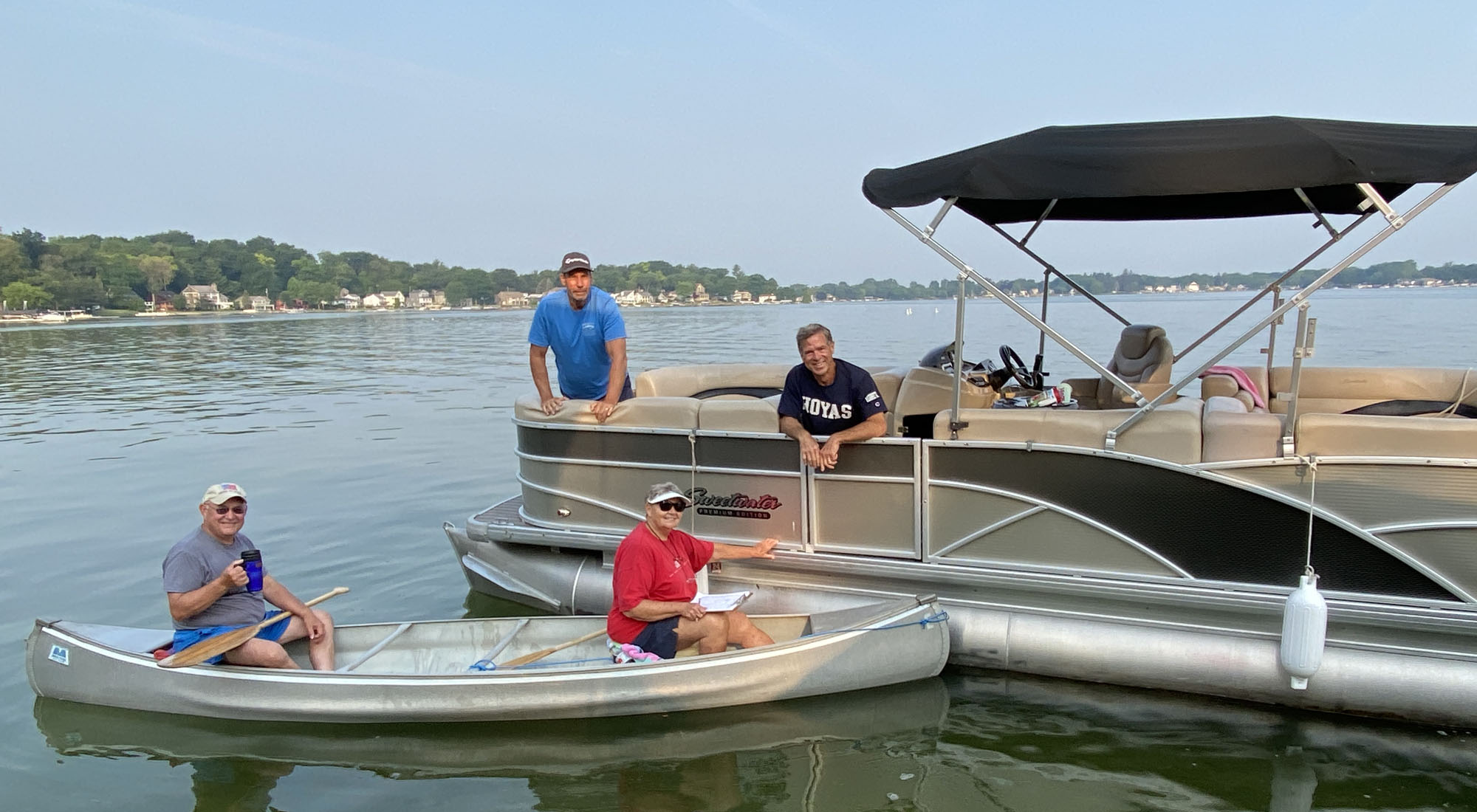 The count takes place early in the day because boats will be at their docks at the hour.  Both teams remarked on a curiosity.  Quite a few lifts were spotted with no watercraft on them.  That seemed unusual.  Several docks weren’t in the water, and some docks were bereft of boats.