By today’s official Clark Lake boat count, the total number of boats on the lake beat all records.  Last year’s total showed 1,590, and this year’s total is 1,653.

Here are some key takeaways.

The Clark Lake boat count traditionally occurs on July 4th, with the assumption that any boat that is going in the water, will be in the lake by this date.  Bill Tuttle leads the crew–Steve Wawro, Lance Hollner, Jim Tuttle, and Rick Belcher.  At sunrise, the crew departed from Kentucky Point and followed the shoreline around the lake. 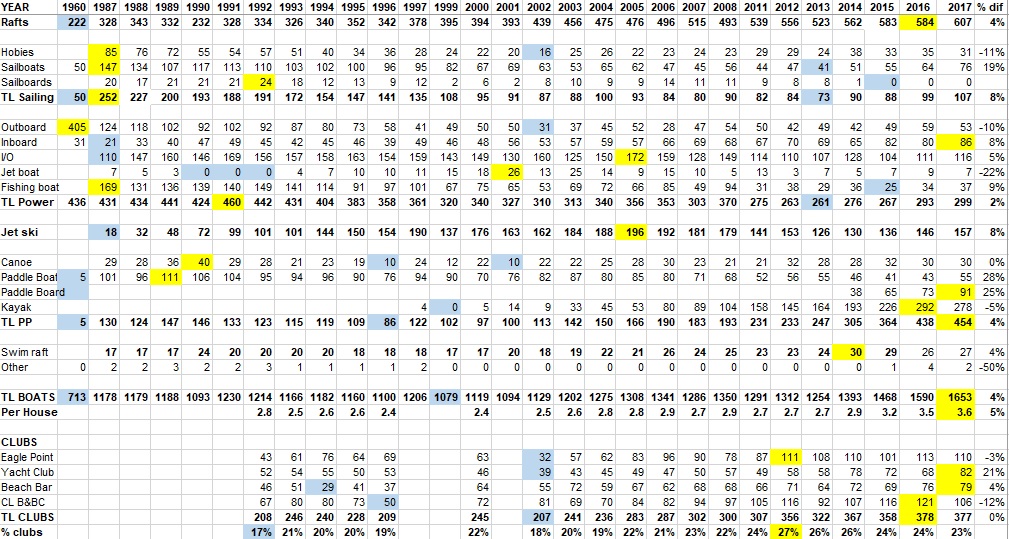