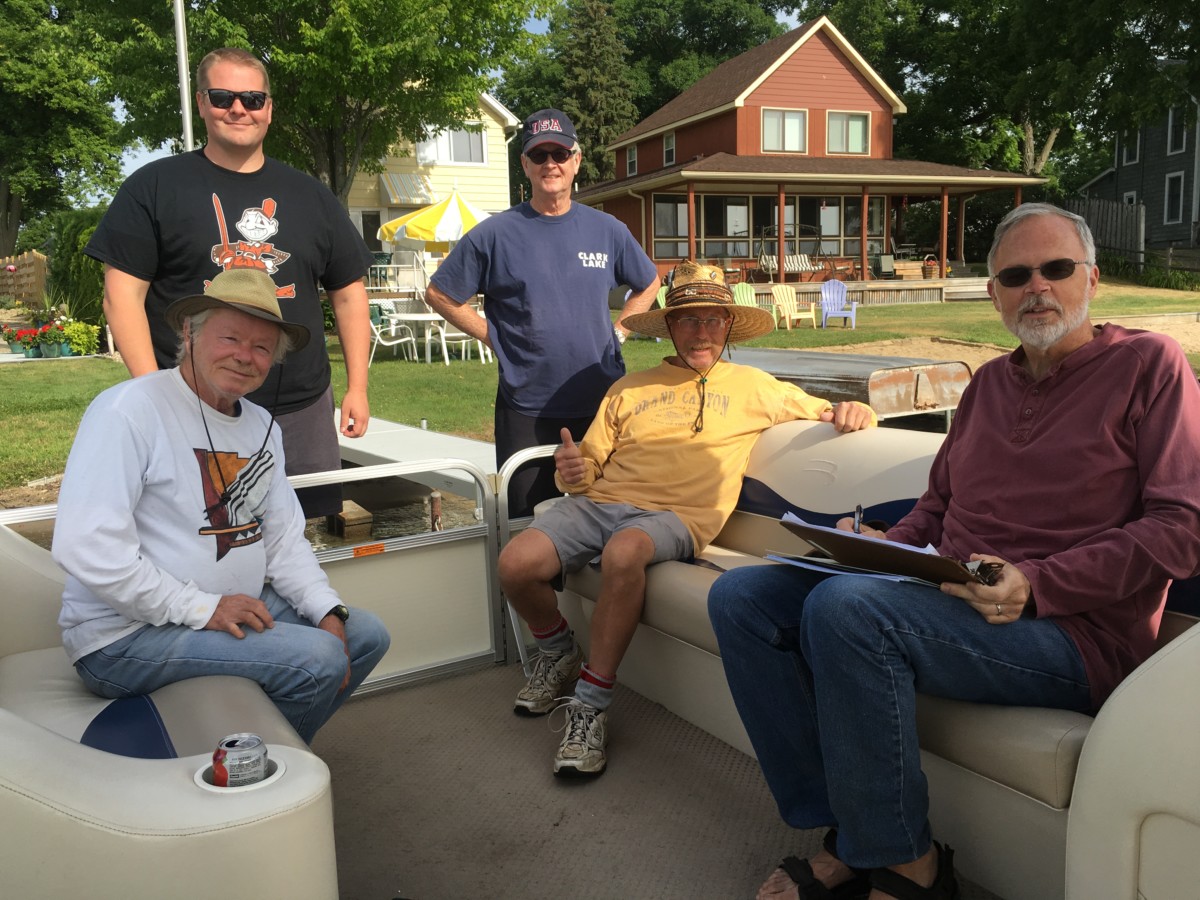 For the last 58 years, a crew counts the number of boats on Clark Lake.  The 2016 boat count occurred in the early morning hours of today (Sunday, July 3rd).  The timing assures that all boats going into the lake have gone in by this date, on or about the Fourth of July.  It also begins at sunrise before boats leave the docks.

The boat count as been under the command of Bill Tuttle since 1987.  Bill was assisted today by Bill’s brother, Jim, Steve Wawro, Lance Hollner, Jim Bretes and Rick Belcher.  The video below shows Bill Tuttle piloting the raft, calling out the numbers to Steve Wawro.

Here are the key takeaways from today’s count.

–Rafts continue to dominate, but increased only by one this year to 584.

–The number of power boats, jet skis, and sailboats (including Hobies) all increased over last year.

–Of the marinas, the Beach and Boat Club continued to have the most boats at its docks at 121 and is up from 116 last year.

–24% of the boats on the lake are moored at one of the clubs or marinas.

–The number of boats per private residence increased to 3.5 from 3.2.  That’s the highest since record keeping began.  Note:  This number depends on an accurate count of the number houses which has not been done recently.  If the number of houses has decreased, the boats per house statistic is open to revision

Bowser Eagy conducted the first boat count in 1959 and continued until 1986.  After his passing the statistics between 1962 and 1986 were not preserved. 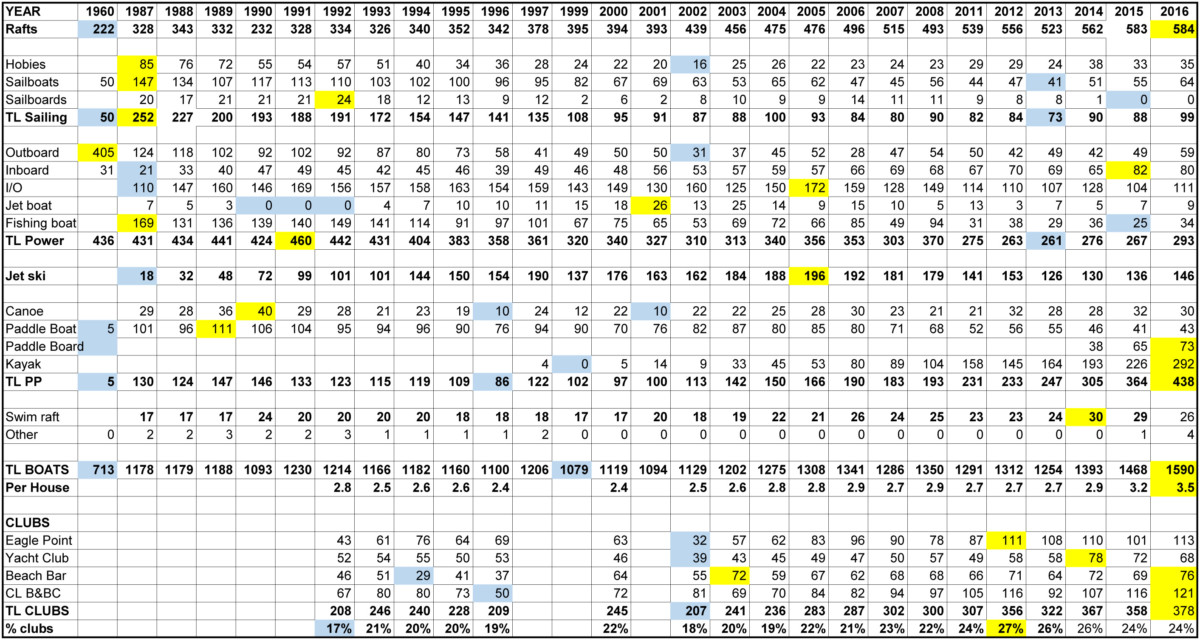 The 50 degree temperatures meeting the warmer water in the 6 am hour produced a mist.  As sun rose in the east, it created this unusual perspective. The view is looking east toward Eagle Point. 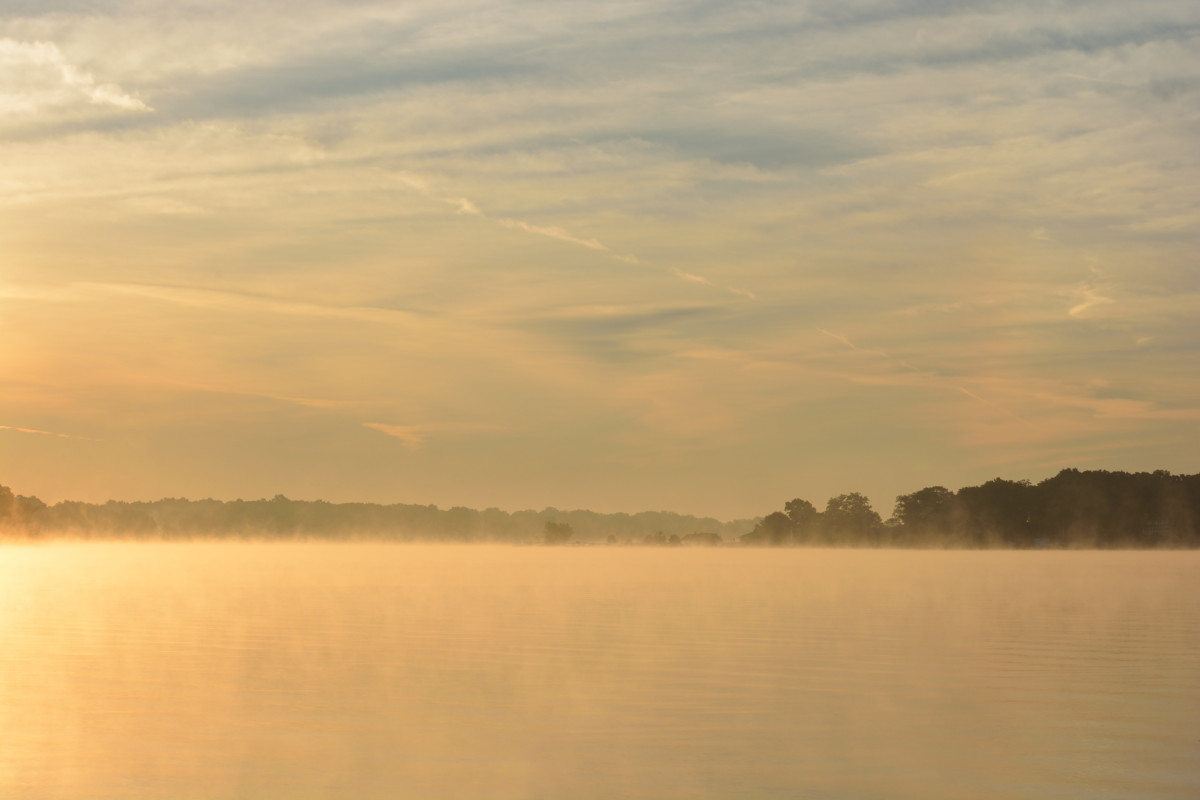