Following the path of a longstanding tradition, the 56th annual Clark Lake Boat Count took place this Fourth of July morning.  The count started by dawn’s early light at 6:12 am and concluded at 9 am.  Bowser Eagy started the tradition in 1959.  Bill Tuttle has been its captain since 1987.  The video shows Bill Tuttle piloting the count raft and calling out the boats.  The crew helped by spotting and identifying types and transferring the count to paper.

The purpose of counting boats is to detect changes and trends.  This year some of the previously established trends remained in place. The total number of boats is at a record high–1,468 up from 1393.  Another trend is intact regarding the watercraft which was born on Clark Lake–the motor powered raft.  There are a record number of rafts on the lake–583, up from the previous record of 562 in 2014. 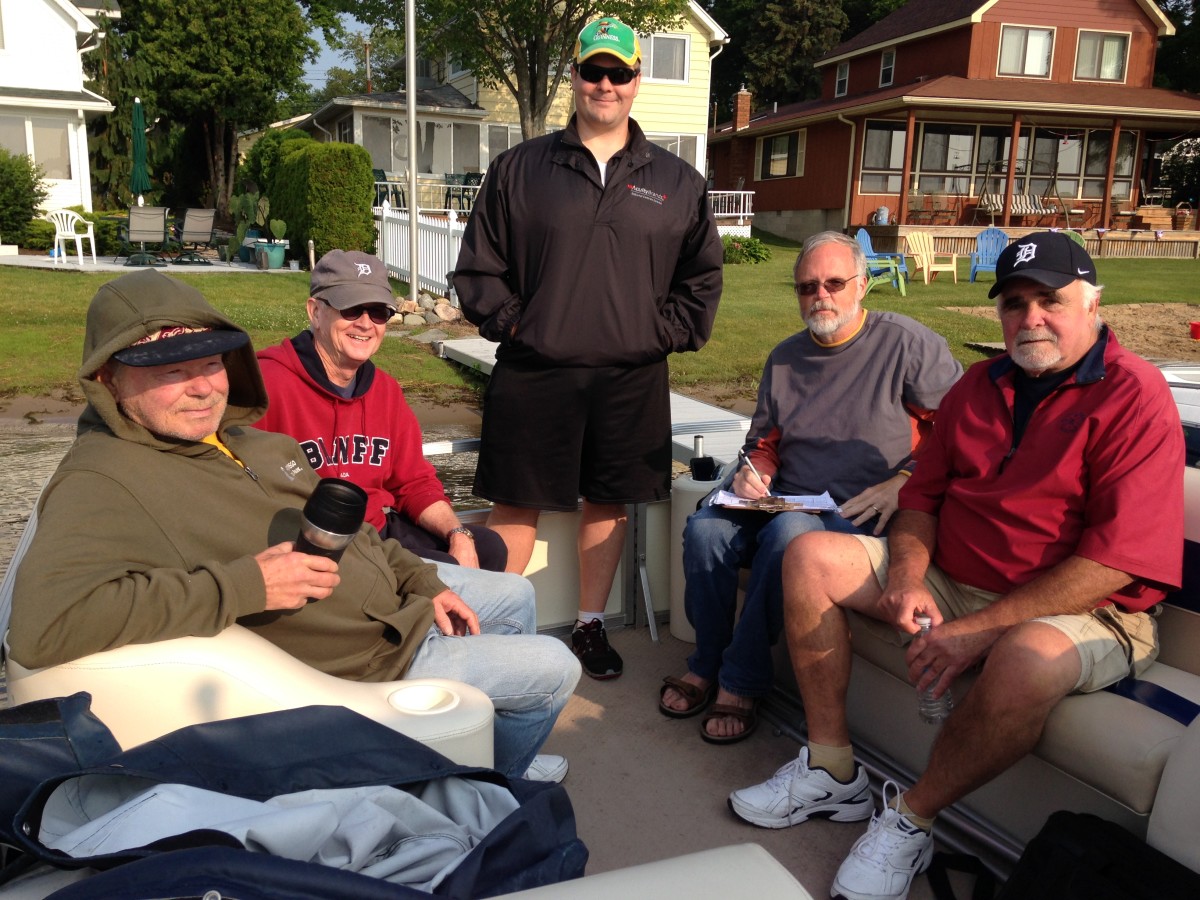 A surprise was the big jump in the number of inboards, which had been fairly consistent over the last few years.  This year’s total was 82, up from 65.  Inboards are different from I/Os (inboard-outboards).  Their number is down from 128 to 104.

Personally powered craft continue their upward climb.  The number of kayaks grew from 193 to a new record of 226.  Paddle boards were first counted last year, and their numbers increased from 38 to 65.

In 2014 the number of Hobies shot up from the 2013 count of 24 to 38.  The surge was due in large part to the Fleet 58 Reunion and Regatta.  This year, 33 Hobies were counted, down slightly.  It should be noted that some of those Hobies in the competition were pieced together for the event and may now have reverted to their former status.  The total number of sailboats on the lake was down slightly to 88 from 90 last year.

The number of boats per house was up to 3.2 from 2.9 last year.  The percentage of boats moored at the marinas were about 24% of the total on the lake.  That number is down slightly from last year.

Here’s a detailed look at the numbers. 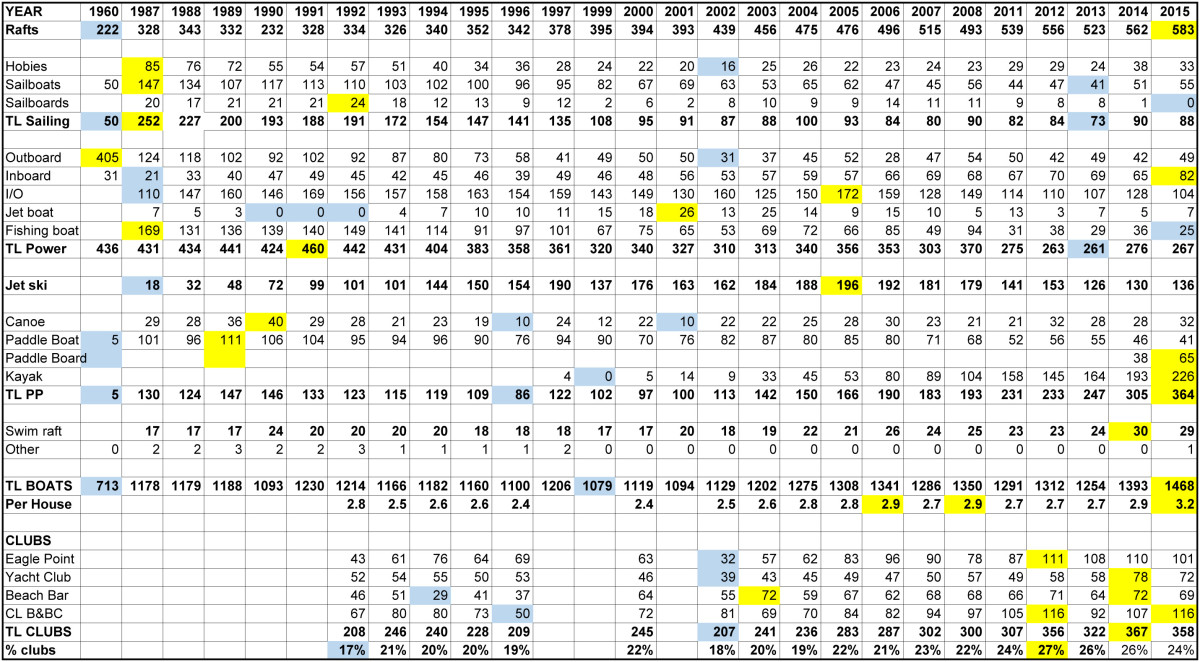 Compared to last year, the weather this morning for the boat count crew was more welcoming.  Last year fog covered the lake, and that created some difficulty.  This morning, the crew had company on the lake from a couple fishing boats and several skiers.  Some of the skiing included barefooting on the lake’s mirror like surface.

As noted, Bowser Eagy originated the annual boat count in 1959.  Here, preserved by Bill Tuttle, are the MC numbers from his raft: