From unseasonably warm to snow in the air in a flash!  Last night a severe storm rolled over the lake that included lots of lightning and high winds.  One observer saw snow in the air this morning.

As of 9 am, electrical power is out in some sections of the lake, mostly the east end (see Consumers Energy outage map).  Comcast’s internet and cable service is also out in some areas of the lake.

The aftermath of the storm left its mark.  There are large branches down apparently sheered by the high winds.  One report indicated 70 mph at the airport. 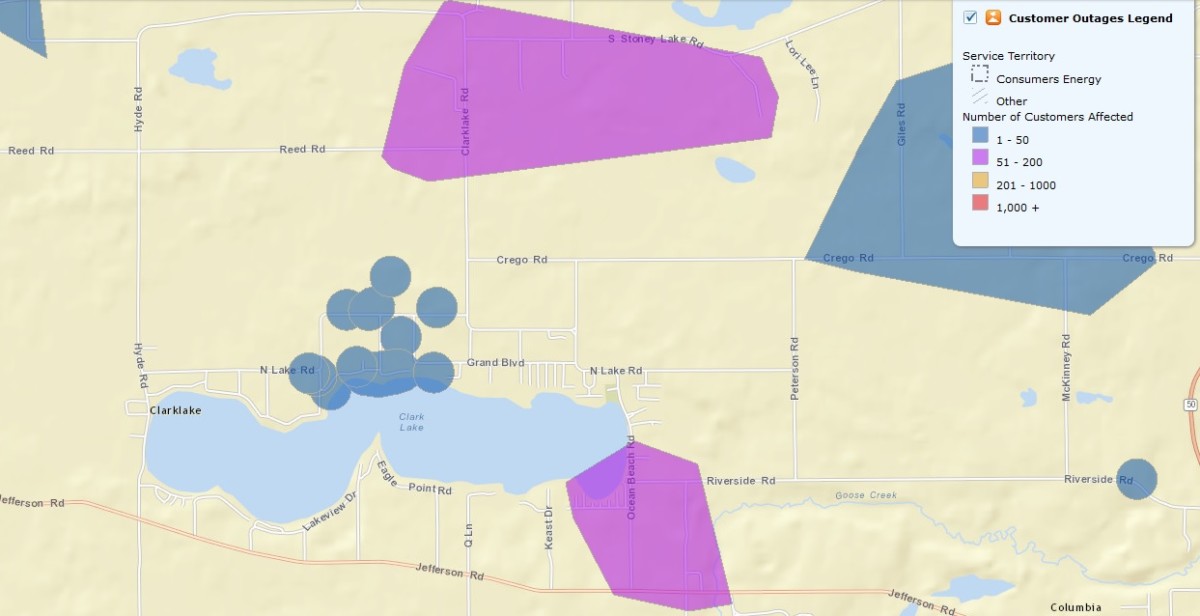