Betting on Sports Has Its Consequences 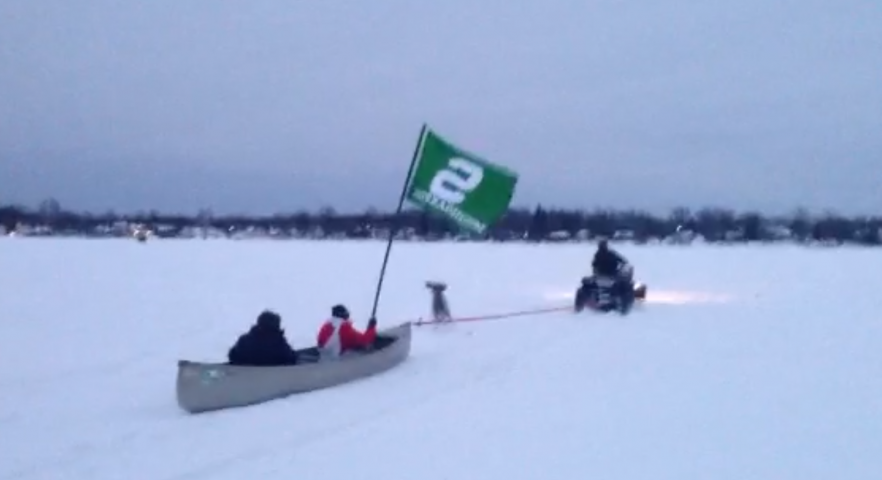 Putting oneself on the line based on the outcome of a sporting event is not without its consequences. Take the Rose Bowl. What team would end up there, and emerge as the winner? Beckey Ligibel, from Toledo, bet Michigan State fan Tucker Boyers that the Buckeyes would be there to win the crown. The results favored Tucker as the Spartans defeated Stanford. So Beckey had to “pay up.”

The accompanying photo was part of a video taken on Saturday (before the massive snow storm). The photo shows Tucker Boyers at the control of a four-wheeler, towing Beckey Ligibel and Barry Adams in a canoe on Clark Lake ice all the while proudly showing MSU colors.

Several words were spoken. Most notable are those from Beckey and Barry fulling the requirement of the agreement, clearly cheering the Spartans “go Green, go White!”