Today marked the beginning of a new chapter in Clark Lake history.  The old storage building in front the Beach Bar, between Ocean Beach Road and the lake, was taken down today.  The Beach Bar is investing in a new, attractive structure to replace it–one in harmony with its surroundings that will improve the look and feel of the area.  Mike McKay, of M-R Builders, tells what the Beach Bar’s John Collins has in mind.

Items in the gift shop may include Clark Lake memorabilia–shirts, hats, and local art.  Add to that ice for your raft ride and ice cream for the kids.  Mike comments “it has the potential of creating employment, especially for students on summer break.

The razing of the old building began about 8 am today.  Bendele Construction’s crew came equipped to do the job with Stanton Trumbull at the controls.  Although it took longer at the scene, you can watch the building come down here in less than five minutes. 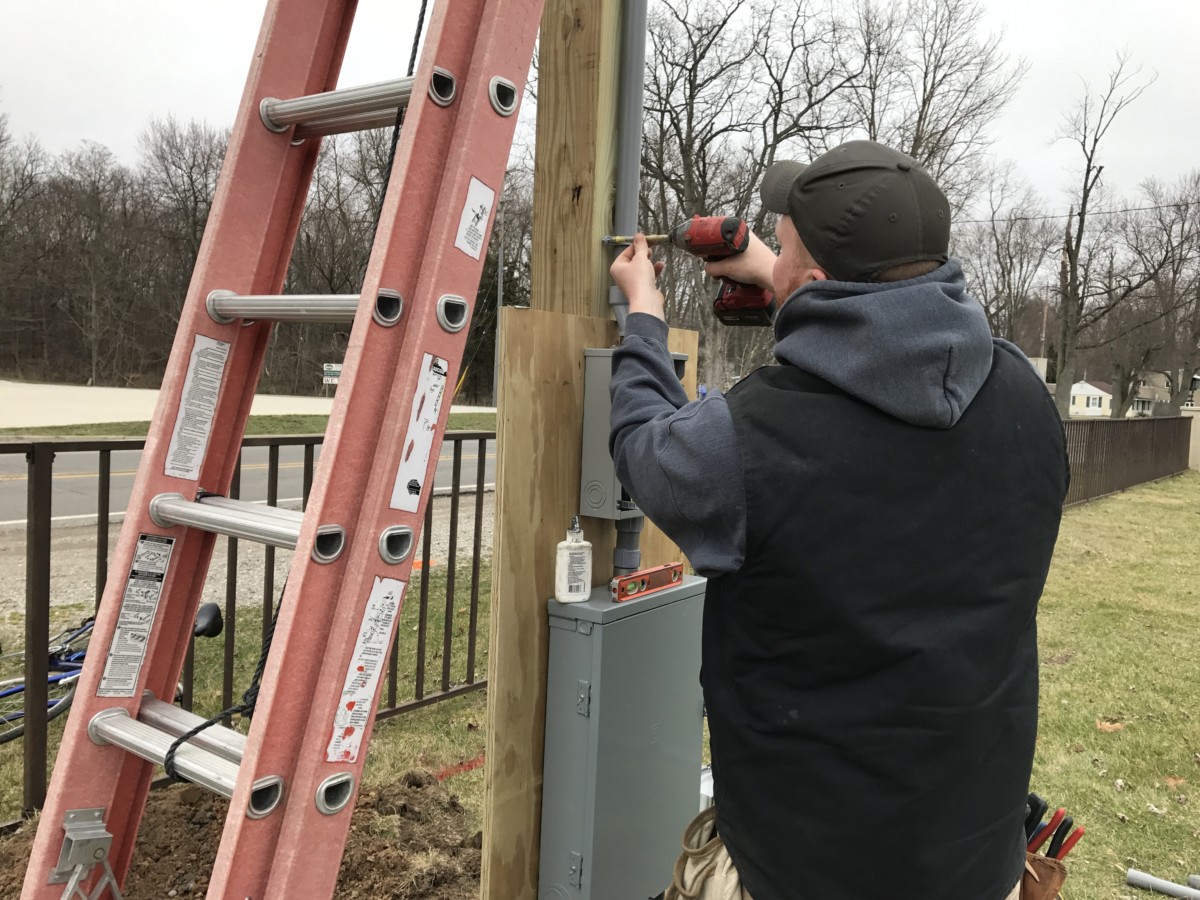 The new construction will proceed under the watchful eye of Mike McKay.  As those at Clark Lake know, his reputation for excellence travels far and wide.  His work can be seen in 100 new and remodeled homes around our lake, as well as commercial buildings like the Pointe Bar and Grill.  Mike chose Carl Evanson’s A Plus Electric to build the power infrastructure, noting “Carl’s team knows what it takes to achieve our high standards.”  Carl and his family live at Clark Lake and says “it’s an honor to work with him on this project as well as others through the years.”

As you could probably detect from the video, the old building had been modified over the years.  Notice there are two sets of sidings–the original and one added later. According to a local resident, the structure once housed Gibson’s Marina.  It was a place on the lake where you could get your outboard worked on.

Below are some photos that give perspective on the building’s location, and take you inside for one last look.  Most were taken just minutes before demolition this morning.