This August day started like September, but it warmed up–especially under the Beerfest tent.  Beerfest, held at Eagle Point, is a fundraiser for the Clark Lake Spirit Trail.  The price of admission allowed you to sample different brews.  Up to 120 different beers were available, and those attending appeared to enjoy checking them out.  The video starts with Beerfest Organizer Dan Omo and includes comments from Carl Evanson, a sponsor, and John Czyrka, who helped staff the event.

Two groups of people were under the tent at the Point–the pourers and those who came to enjoy the sampling process.

Those who love the Clark Lake Spirit Trail benefit from events like Beerfest.  The Trail is a 7.3 mile path that allows cyclists, runners and walkers to follow the circumference of the lake.  Along the way, they travel through traditional lake neighborhoods, rural settings, canopied forest, and get views of Clark Lake’s waters. Maintaining the Trail primarily rests upon volunteers.  But there are infrastructure improvements that require financial investment.  Recent examples include the construction of an extension between Rita and Grand Boulevard at the east end and installing new surface and drainage along the post office at the west end.  The people in these slide shows, by attending or working the event, help get the job done.

Song writer and performer Ian Stewart entertained during the event. 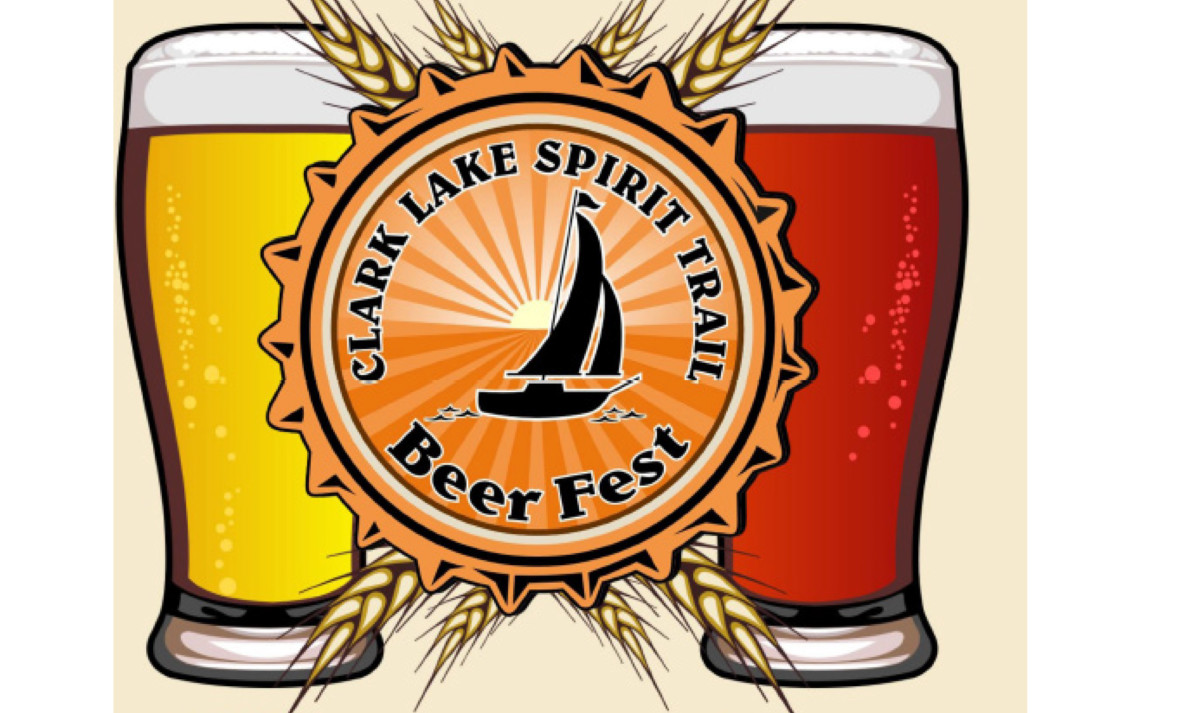