Four Acres of Weeds to be Treated Thursday 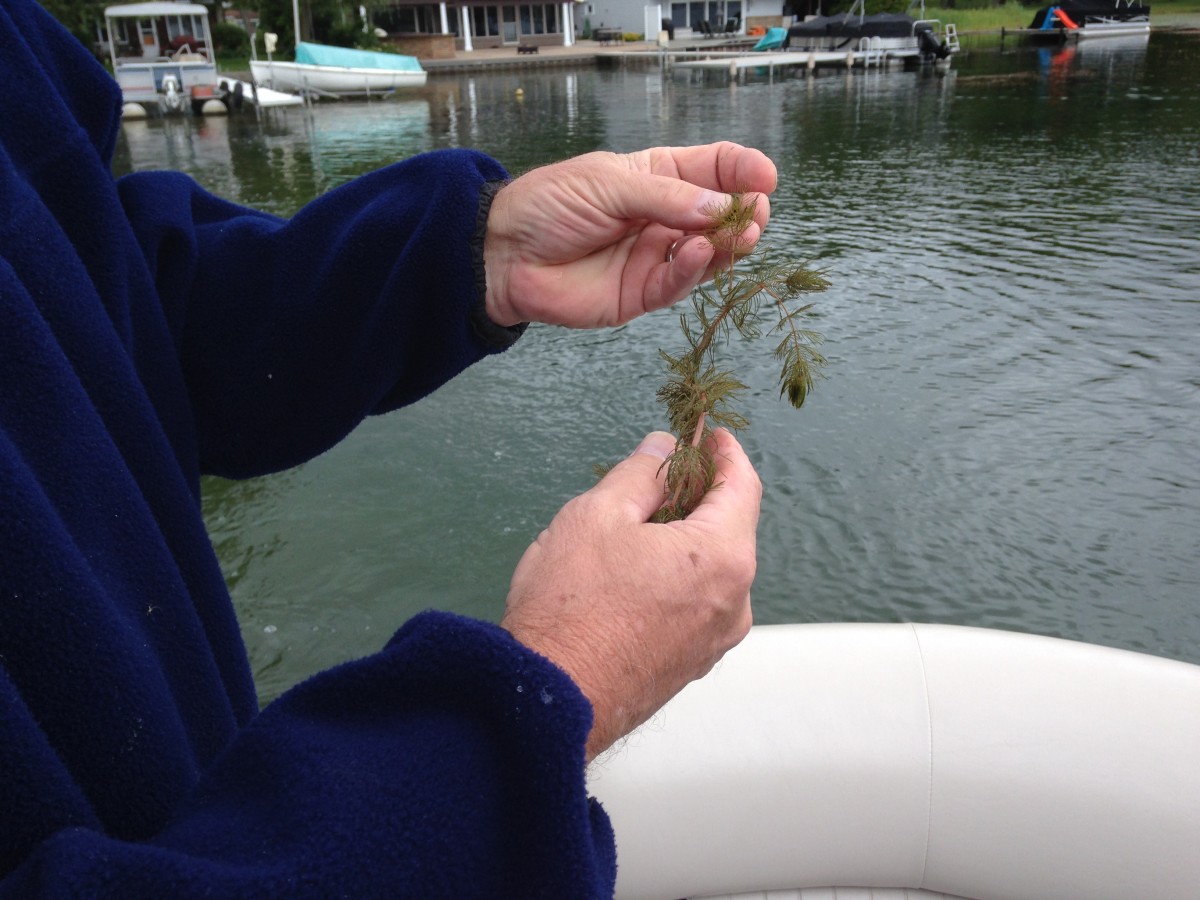 As previously reported on this website, treatment of four areas of Clark Lake for the infestation of hybrid Eurasian water milfoil (HEWM) will take place this week.  Weather permitting, the treatment will occur on Thursday morning (June 18).

As you are likely aware, DNA testing confirmed the presence of HEWM in the lake. A survey last fall, funded by the Clark Lake Spirit Foundation, revealed that 20 acres of this fast spreading invader has taken root in the lake. When other lakes left infestations unchecked, they found that this rapidly propagating weed curtails recreational activity, is detrimental to property values and destroys habitat.

The treatment program scheduled for Thursday will cover four areas of the lake (see illustration). Treatment in these areas required the permission of lakefront property owners and permits from the DEQ/DNR. Signs are posted and owners in those areas have been notified directly. There is a 24 hour swimming restriction 100 feet from the affected areas.

The treatment of these four areas, a small portion of the 20 acres, was financed through donations to the Clark Lake Spirit Foundation.  To legally treat HEWM wherever it exists in the lake, it is necessary to establish a special assessment district (SAD). A group of mostly Clark Lake residents, the Clark Lake Invasive Species Committee, has been circulating petitions to create the SAD. In spite of the fact that quick action is essential in thwarting HEWM’s advance, treatment of the remainder of the 20 or more acres will not take place until 2016. This is because of the time it takes to set up the SAD. Even after treatment of 4 acres this summer, it’s predicted that the fast growing HEWM will cover 25 acres by 2016. 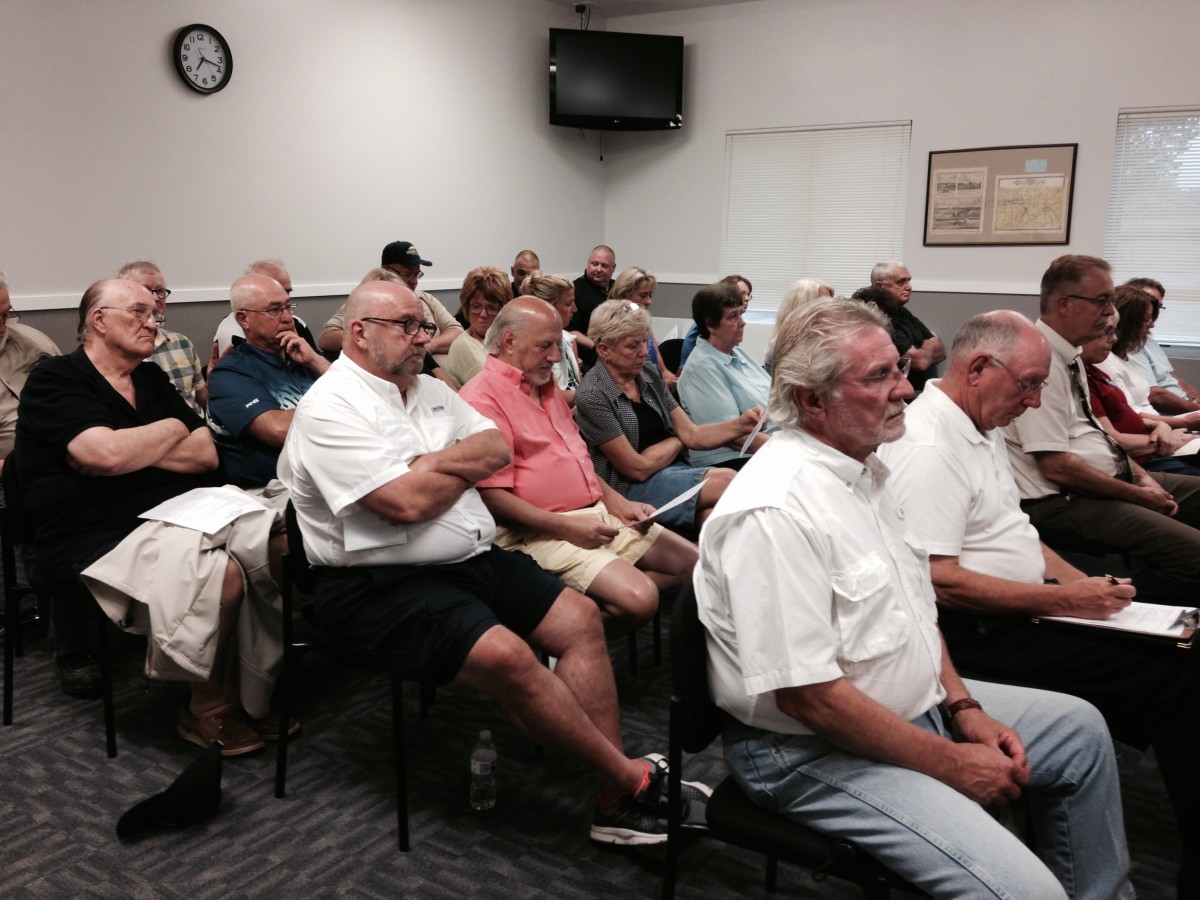 Last night, the Invasive Species Committee submitted signed petitions to the Columbia Township Board of Trustees representing 70% of the lakefront landowners. Committee chairman, John Deming, told trustees “ninety-five percent of the lakefront owners that the committee has been able to contact have signed the petition, affirming their support”. Speaking of the problem, he noted “property owners understand the dire nature of this threat and how it could turn our lake into something we’ve only seen elsewhere. Other lakes have battled this threat, and we have learned what’s effective from their experiences.”  The township trustees voted to accept the petitions. John Deming emphasized “time is of the essence.”   The weed spreads quickly, and this requires quick action.

The cost per lakefront property will be no higher than $85 in the first year.   Other lakes found the cost declines in subsequent years once the weed is under control  (see newspaper article regarding nearby Devils Lake).

Below you can download a PDF version of a pamphlet that addresses additional questions that you may have.  To print, choose “print both sides of paper, flip on short-edge, auto-portrait landscape.”