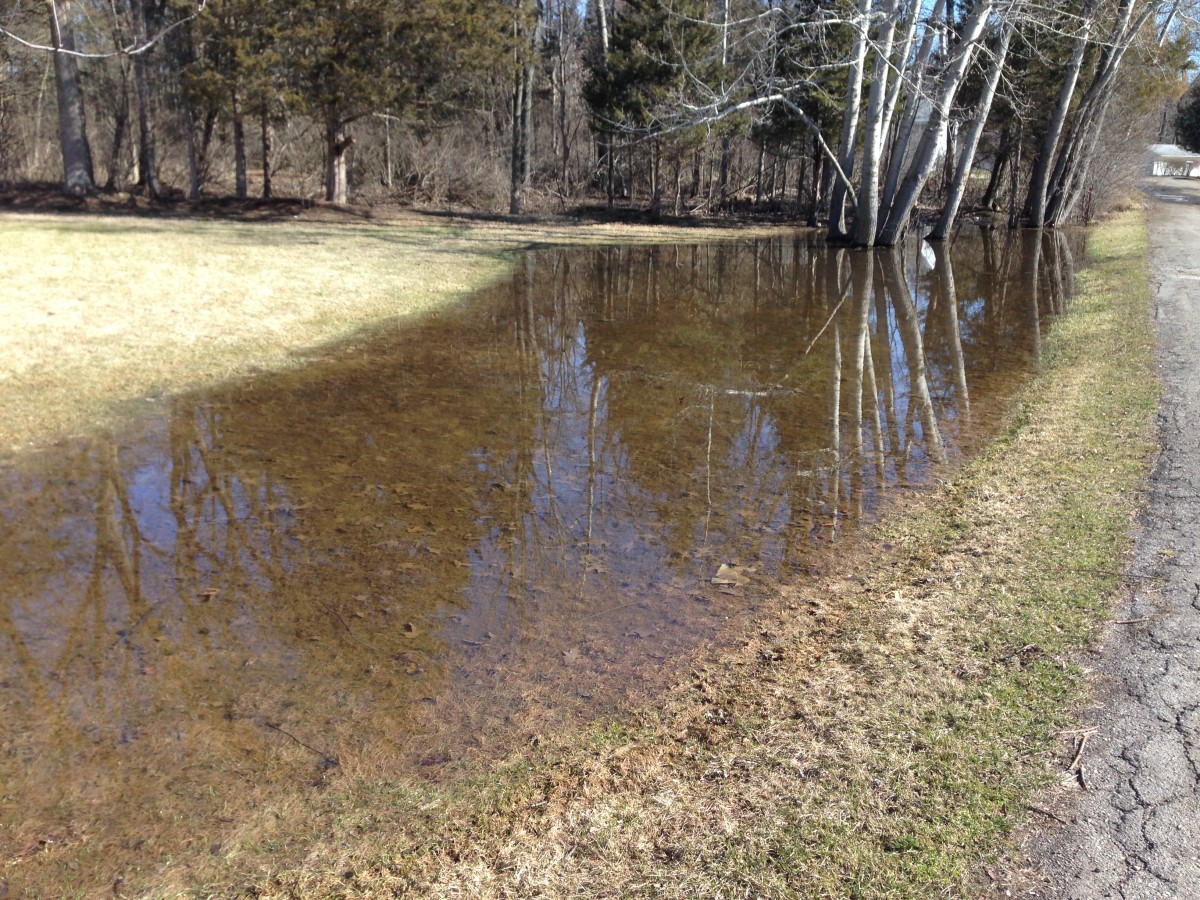 Water is pooling in a typical spring fashion around the lake. But there has been no evidence of unusually high water that could be expected after a winter with heavy snow and ice. 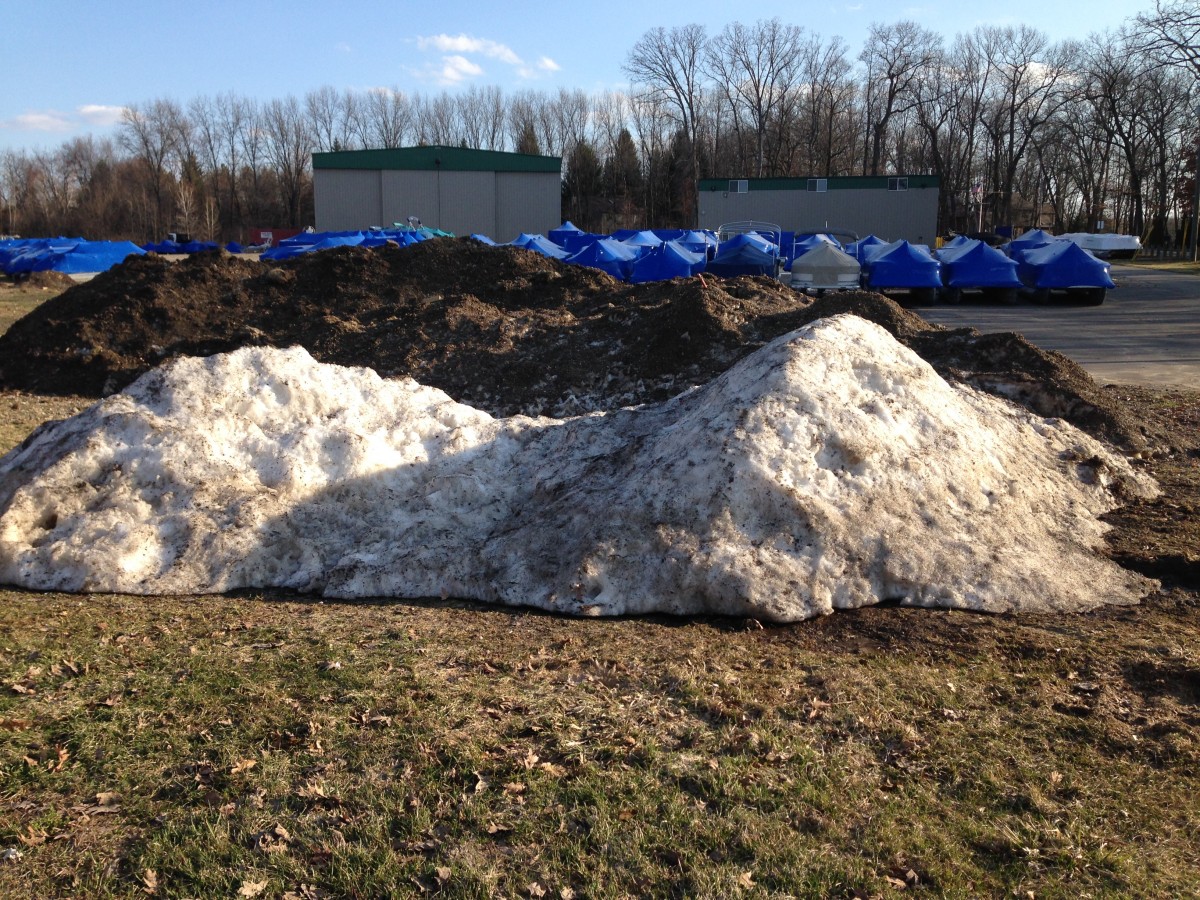 In spite of warmer weather, some snow and ice refuses to leave us. The snow plows at Eagle Point left these mountains. Click the photo to enlarge it and notice the black mountain behind the white mountain. 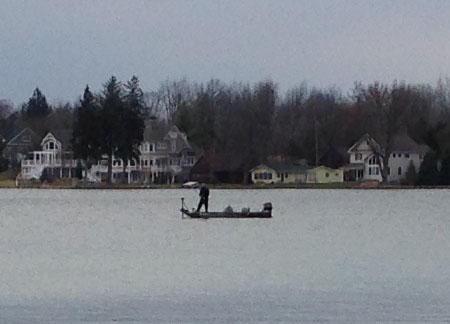 No report on their success

Given the nefarious nature of this winter’s weather, there was some expectation of continued chicanery from Mother Nature this spring. But this spring is significant for what’s been missing—no flooding, abnormally high lake water level, ice piling up damaging property like seawalls, nasty storms (so far) or a feared fish kill.

Cooler weather is in the forecast next week, but today (Saturday) was truly brought a genuine feeling of spring with a high around 73. Some docks have gone into the lake and several fishing boats have been spotted.

A WILX news report last night had a DNR spokesman telling of fish kills in some Michigan lakes. This happens when there is not enough oxygen in the water under the ice, and fish die during the winter. Once the thaw occurs, they wash up on the shore. So far there has been no evidence of this at Clark Lake.