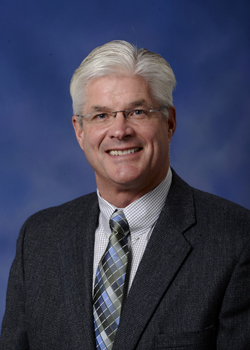 The state has a revenue surplus of almost $1 billion, announced state Rep. Mike Shirkey, who was recently appointed to Michigan House Appropriations Committee.

With his new appointment, Shirkey is one of only a handful of House lawmakers who serve on both the budget committee and standing House policy committees. Shirkey requested to be placed onto the committee to have more of an impact on how taxpayer dollars are collected and state funds are spent.

Today’s Consensus Revenue Estimating Conference, which formulates how much state revenue is expected in the near future, resulted in a broad consensus that over the next three years an estimated budget surplus of $970 million should exist for the state.

“This is great news for the state of Michigan and more importantly for Michigan taxpayers,” said Rep. Shirkey, R-Clarklake. “Although we have to keep in mind that these are estimates and spread out over the course of several years, it shows the economy is improving and many of the structural budget changes we have made over the past few years are working.”

Shirkey said several factors played into the findings, including the fact that for the first time since 1997 the state did not see a net outflow of population from the state and is slowly starting to grow economically again.

“We are currently evaluating a variety of options, including looking at a state income tax reduction or providing a taxpayer rebate check based on excess funds,” said Shirkey. “We are also looking at putting more money into improving things like roads and school safety, but it is important that returning money to taxpayers be a top priority given some of the financial hardships many residents faced during our recent storms. It’s the people’s money, and they just spent quite a bit on their cars and house damage, brush removal, and high utility bills.”

Shirkey said he looks forward to serving on the Appropriations Committee, and that he would also still continue to serve on his other assignments such as the Health Policy Committee and Energy and Technology Committee.