Editor’s note:  Three individuals are running for the office of Columbia Township Supervisor.  Because of the importance of the role, this website is offering each candidate an opportunity to tell their story in their own words.  All three were provided with a the same list of questions, and the paragraph headings indicate the topic of the each question.

Two candidates are facing off in the Republican primary, Ray Kuzminski and incumbent Robert Elrod.  Terry Mahr is running as an independent, and you will see her name on the ballot only in November’s general election.

Ray Kuzminski’s article is presented here.  These are his words, unedited.

My wife Marilyn and myself have resided on Hewitt Road for over the past twenty five years.

With over twenty years with Township and Federal Government Experience including Columbia Township Supervisor, Trustee, Planning and ZBA Committee Member(s) I am familiar with the day to day operations of the township. Presently employed as a background investigator.

WHY I’M RUNNING FOR SUPERVISOR

I want to bring back transparency and clarity to the position and operations. There have been too many instances where this has not been the case. Residents need a person to depend on a leader to answer their questions in a clear concise manner.

COLUMBIA TOWNSHIPS CHALLENGES AND MY SOLUTIONS 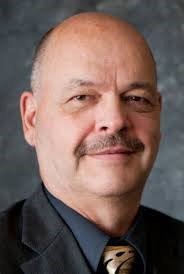 The Clark Lake Township Park is at the top of list. I have listened to the nearby residents who are faced with big noisy party atmosphere that plays out there too often. From the $100K bathhouse which was then planned (which I filed with the DNR opposing it), to the poorly planned execution of improvements since then, it has been an endless money pit and waste of our resources maintaining it. It is a shame that so many residents contributed their donations and labor to the improvements just to have the township expend exorbitant amount of tax dollars to guard and preserve it!  Listening to the residents maybe the way to curtail the problems is to curtailing the number of vehicles into the Park!

Economic Development – With the abundance of the many residential developments (no fewer than six) that have that have not lived up their expectations, we need to formulate a business park development plan not only to bring new facilities & business to Columbia, also to encourage employment opportunities for our residents but to also create an environment that would fill those vacant residential lots.

While the opinions of our roads vary, residents should be given an opportunity to address how they want their secondary and neighborhood roads fixed. The present Board does not want to address the issue. At this point in time one thing is for certain that the State and County will not be coming in to save us! That’s a fact. We can argue all day long on ‘if and when’ the County will fix our roads but it will not be in the form of reconstruction. While I am not decided, I believe the property owners should have a voice to say ‘yes or no’ on a township wide initiative similar to what Summit and Spring Arbor has done.

WHAT SHOULD OTHER BOARD MEMBERS PLAY

This role is a very important one as they should vote their conscience for the betterment of their constituents and not as a rubberstamp for the leadership that has been the case all too often.

In light of the recent national social controversies we are experiencing, I would also like to have regular input from the residents. I would encourage more resident participation on Township Operations Committees (Employee Benefits, Facilities, Police and Fire). Columbia has an abundance of working and retired business people who could assist in making Columbia better. More to come, visit ‘Kuzminski for Columbia Supervisor’ on FACEBOOK.

Better visibility for the Township! I would bring back the quarterly newsletter in its original expanded format that I created years ago, also expand our efforts on social media. To improve and update the Township Website. We need a low-cost program similar to the ‘Pure Michigan’ Campaign to exhibit a ‘better Columbia’ to encourage businesses, visitors and new residents to come here over other destinations while also supporting our residents, tax payers and businesses that promote ‘I am from Columbia’ positive attitude!

This system was built on unattainable goals and growth set forth by the County Commissioners many years before the first shovel of dirt was turned and continues to this day. The only way sewer rates would be able to ‘stabilize’ is to encourage new service connection. Unfortunately, there was an effort that would have prevented that with the 2019 zoning ordinance change that was thankfully overruled. We need not spend another $70k+ plus and many years to reopen the ordinance to limit future growth.

ENFORCING ZONING ORDINANCES–COMPLAINT DRIVEN, PROACTIVE OR SOMETHING ELSE?

In short form, if everyone ‘agreed’ not to infringe on the setbacks on their property we would be talking about it here! A property owner may rationalize that ‘I can do this improvement (with or without his neighbor’s approval), it ain’t going to hurt anyone’ but the ramifications are set for others down the road to interpret that first action as being acceptable for future violations. When in doubt, consult the Ordinance Book!