In reference to your recent article on the above subject, (9/19/2018), I would like to express my opinion. Some of you may recall that there was a somewhat similar discussion a few years ago, which was presented at a Zoning Commission meeting in February 2016 (see articles of 2/2/2016 and 2/9 2016 on this website for further background.) The issue in contention at that time was the storage of personal boats on your own property. Some of the proposals at that time were seen to be unduly harsh by the citizen attendees of the meeting. I have seen no further discussion or resolution of that issue at this time.

In the case of this current proposal, the Township Board of Trustee seeks to regulate the construction of Residential Outdoor Living Areas. These are specifically defined as constructed areas such as patios, outdoor kitchens, and decks. For some reason, unrelated retaining walls are also included. I have yet to understand why necessary retaining walls are lumped in with optional Outdoor Living areas. Despite rumors to the contrary, there does not seem to be any attempt to regulate landscape plantings at this time, at least they are not mentioned in the current wording.  Of course, future reinterpretations of such a complexly written ordinance are always possible but cannot be assessed at this time.

Usually permit processes are imposed to regulate construction in order to insure safe practices. In this case it appears to be just another attempt by the Township Board to increase the paper and regulation load on taxpayers, and impose another unnecessary and expensive permit approval process while they are at it. Where is the justification for the need of this proposal?

I find it astounding that once again the Township Board of Trustees has waited until the autumn/winter to raise a controversial issue. This is a time when those landowners who spend the winter months in warmer climes, are unavailable to be present to debate matters that have such a large impact on the personal usage of their own property. Acting in this fashion is, I believe, in the worst interest of those voters and is unsupportable.

I suggest Township landowners who are concerned by this provision, and the precedents it sets, make it clear to the Township Board that a vote of the entire Township should be required to levy property restrictions of this nature. At the very least, a public hearing should be scheduled at a time when a significant majority of landowners can be available to share in such a debate. For this purpose, a target of the six-month period from mid-April to mid-October should be long enough to prepare for and schedule such a meeting. 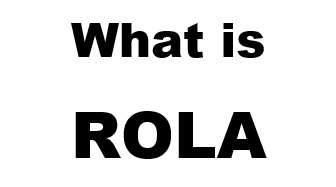 For more on this proposed ordinance, please click here.