Jill Bentley is in handcuffs.  How could this be?  Clark Lake is in shock. 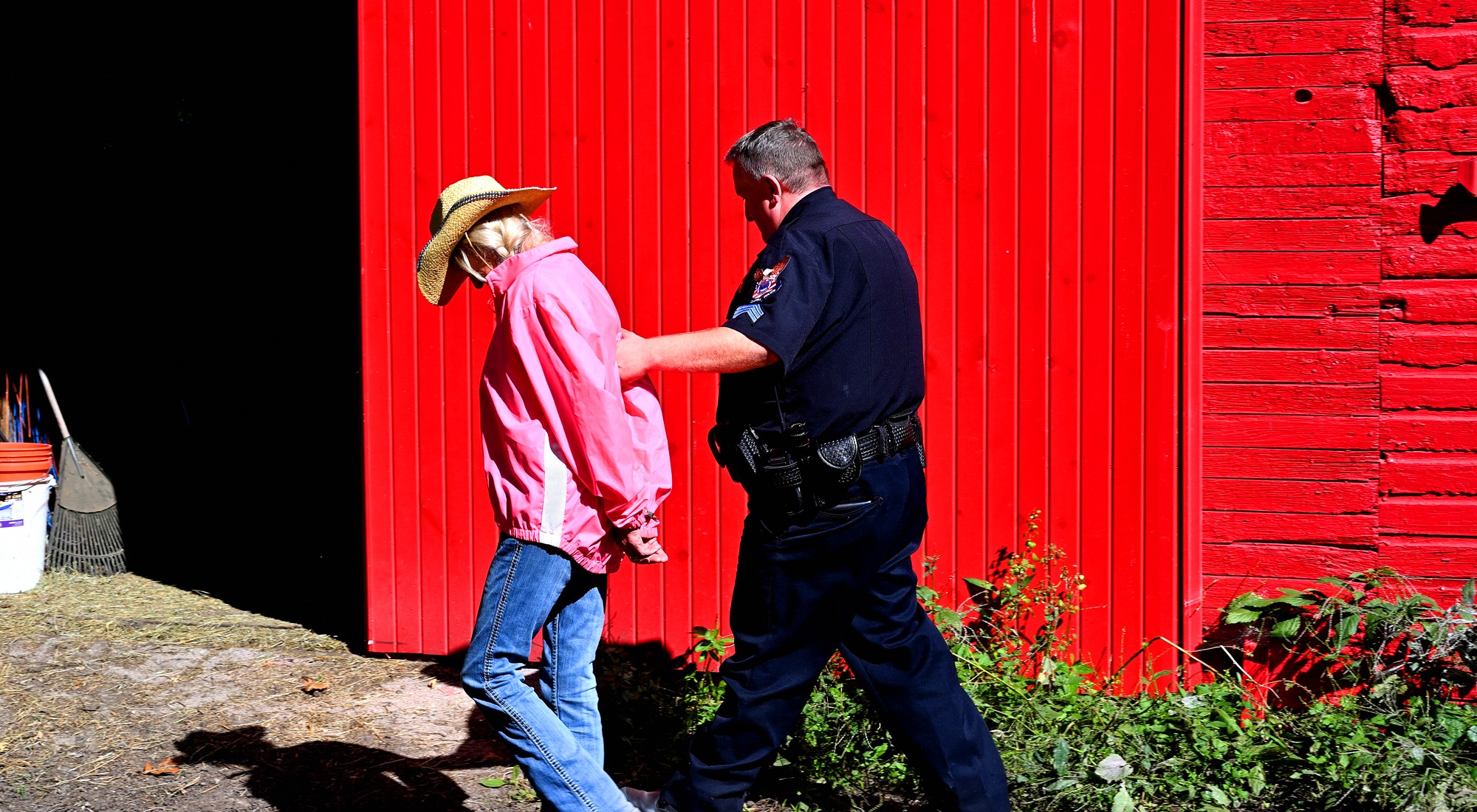 Local police explain what action must take place when there is violation: “it must be pursued,” even if it accuses a person whom you never would expect to be in such a situation.  Of course, some violations are ignored, but police did not ignore this one.  “The rules are explicit,” say the authorities.  Just refer to Ordinance 2059-06338.

In researching the infraction, our reporter contacted an ophthalmologist, who visits the lake each summer, and previously had an office on the east side of Toledo on Nevada Street.  Nicodemus Retinoli commented “I can certainly see how this set of circumstances evolved.”  I feel badly for Miss Bentley, but understand that “authorities have a duty that they must fulfill.”

The website also contacted Abner Lumiere who was highly placed at Eastman Kodak.  Lumiere was a visionary at the time Kodak invented digital photography.  Fearing the new digital systems would cannibalize their huge film business, Kodak attempted to hide the innovation.  Though Lumiere had a role in the demise of the business, he is still respected for his technical expertise.  “Jill Bentley’s actions show the consequences of overreach, and you can’t just run to the Constitution for something like this”.  When you express yourself, “you have to understand whom or what it will affect.” 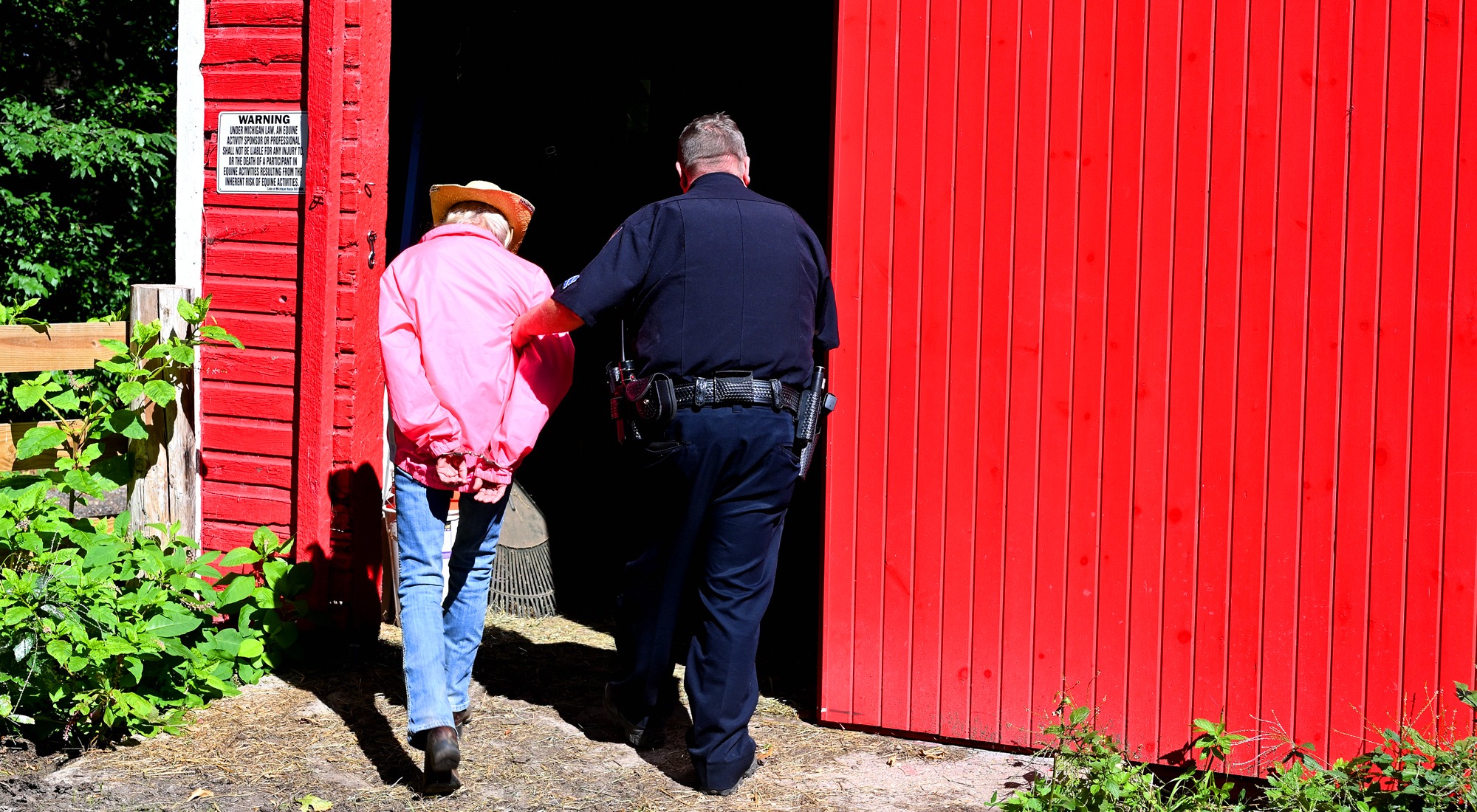 When Jill Bentley had her barn painted, most would consider it a good thing. Buildings of any kind typically look better with a fresh coat of paint.  This time was different.  The outcome of this paint job led to the handcuffs on this sad day.  According to Lumiere, she is a “pixel criminal,” because of the color used.  Some individuals who attempted to photograph her horses up against the outside wall of the barn found why, to their detriment.  The brightness of the red hue overloaded the electronics of their cameras and destroyed them.  It also caused some individuals driving north on Eagle Point Road to have flashbacks.  Whether those flashbacks took people to experimenting gone awry at Woodstock or a late night out is of little consequence.  The fact that it happened drove some to partake of cocktails at inappropriate times of day.  And most people take a stand against that type of thing. 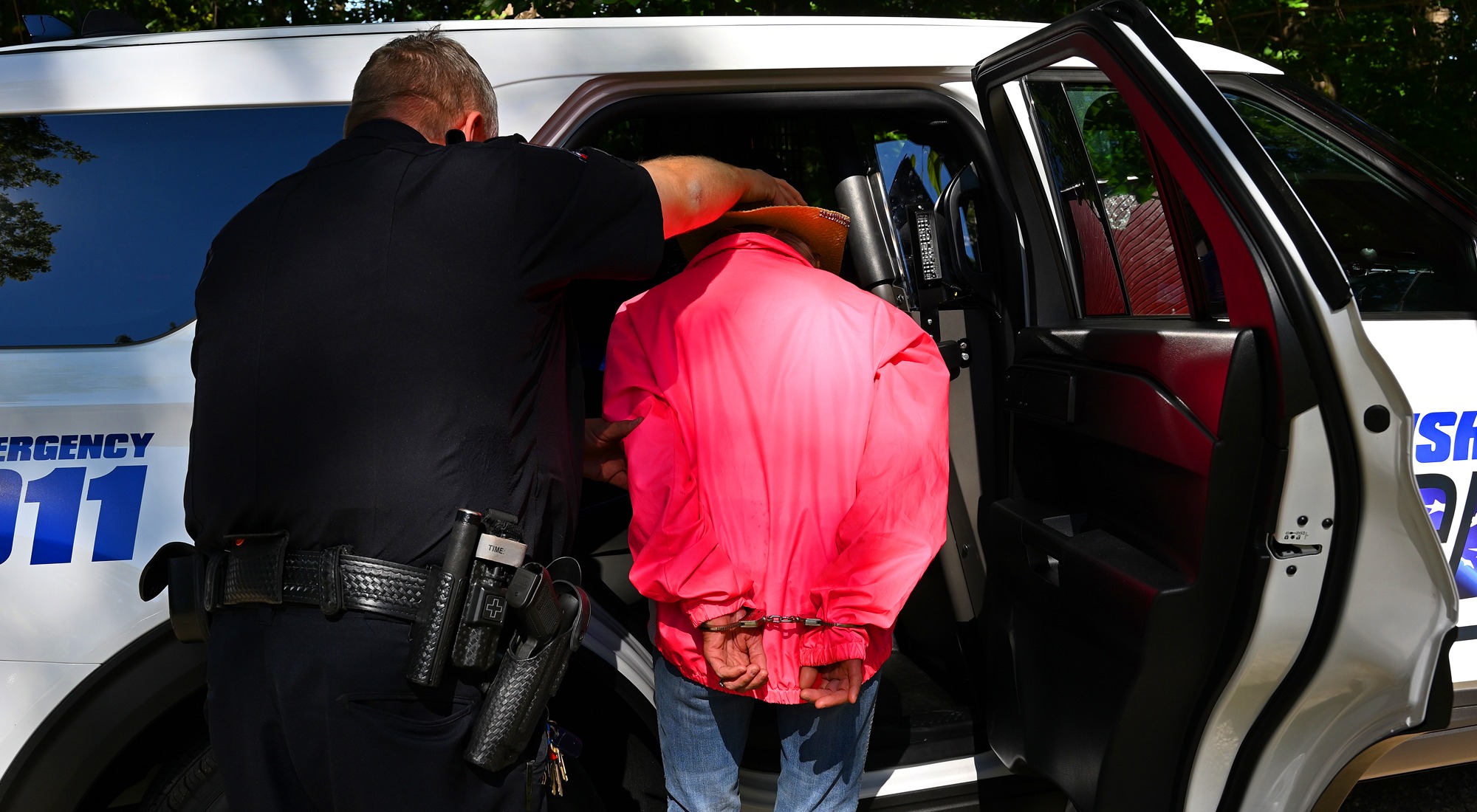 The exact charges are not yet known.  But Jill has expressed contrition, and may qualify for probation.  Jill and her horses are loved in our community, and she has done so much for Clark Lake.  The police have already suggested that her penance may involve going door to door asking for forgiveness.  If so, it’s likely the Jill Bentley you will see will be wearing a beige shawl, a grey coat and olive drab pants.  No red, no pink, especially at the same time.  People at Clark Lake are a generous sort, and it’s hopeful they will forgive Jill for her transgressions, and tell the authorities to “let our Jill go.”  Thanks Jill (and our local police) for this moment of fun–and brightening our day–on this April 1, 2021.  We needed it!

I want to thank Rick for always making me laugh, his never ending imagination and dedication to our Clark Lake!

One day after having the barn painted fire engine red I put on my old pink running jacket on and ran to the barn.  Later, Rick told me he saw me but did not have his camera at the time. Rick’s mind formulated a plan, hopefully a fun, funny one.  I can say that was the only time in my life I have ever been hand cuffed!  Thanks Jay, Rick and my Clark Lake friends for not taking me to Jail.

I promise to look for some drab clothing to wear when I am at the barn. I am just wondering what Rick has in store for us next April Fools Day!  David tried to burn my pink jacket, but I promised not to wear to the barn again. I have learned my lesson.

Thanks for brightening April 1st (and everyday) at Clark Lake!