April 1st posts on this website always garner a lot of attention, and none more than the first one on April 1, 2015.  This story went viral with 70,000 pageviews in a 24 hour period, and achieved international status.  By the time a viewer came upon the last few paragraphs, it became clear the story was fictional, but some people wanted to believe it anyway.  Because it overloaded the host server, the story was taken down by the next day. Since then, requests periodically come in to read it.  So, here, for a limited time, is a rerun.

REMEMBER, THE STORY IS FICTIONAL.

Last summer the crew of cable’s “Ancient Alien” program paid a very quiet visit to Clark Lake. For those who haven’t seen Ancient Aliens, the program features segments that examine the influence of extraterrestrials on current and historical events, culture and structures. For example, Ancient Alien theorists believe that the builders of the Great Pyramids in Egypt had other worldly help. They pose the question how else could those structures have been built?

The crew’s trip to Clark Lake begs the question–what’s at the bottom of this secretive visit? Not all details are clear, but here is what’s known so far. Their interest was sparked when they analyzed Google Earth satellite photos of Clark Lake. These photos show distinct lines in the bottom of the lake. These lines cross, bend and intersect but do not look like anything created by nature. 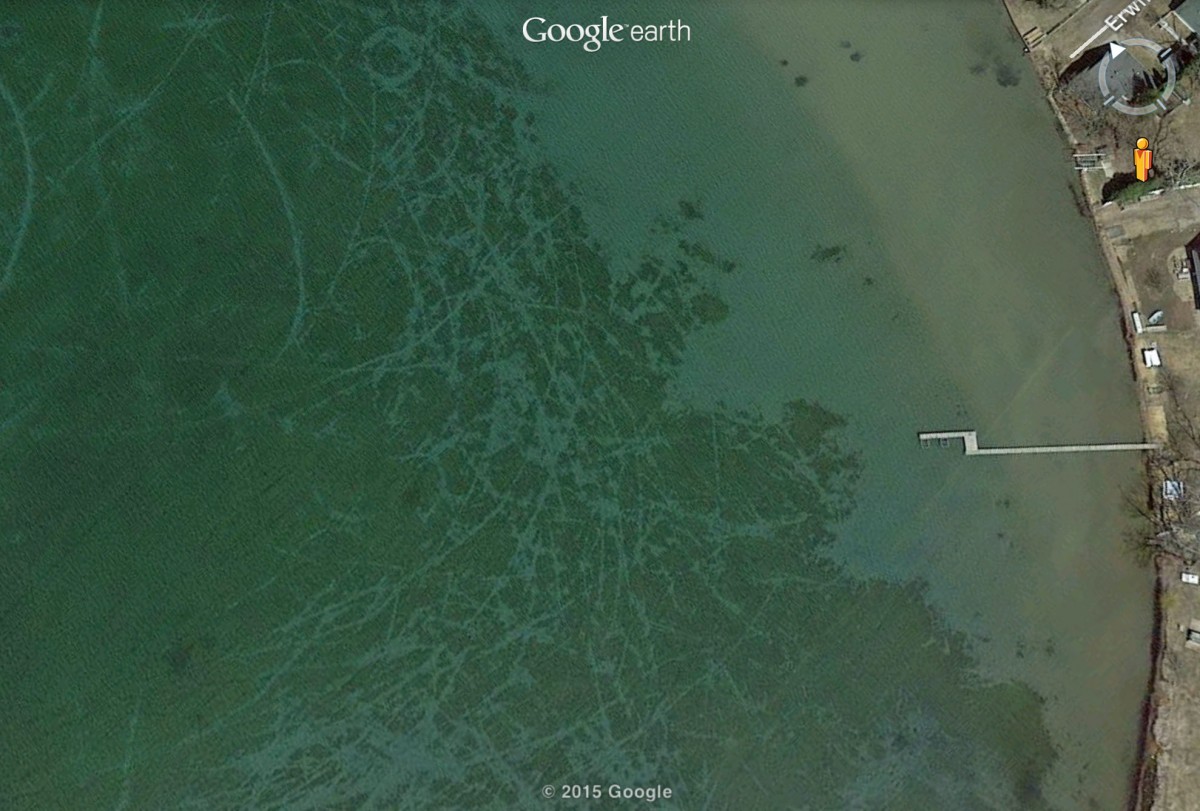 Our investigative efforts led to a discussion with the crew. Here’s their response. Ancient Aliens producers surmise that those lines are actually landing strips for USOs or unidentified submerged objects. USOs are like UFOs but they have the ability to go underwater. Further, their research team’s calculations show a relationship between the waters of Clark Lake and the lost city of Wanaku deep in the waters of Lake Titicaca in South America. They postulate that somewhere in the deepest waters of Clark Lake there also exists a submerged city, and it is visited by USOs. What’s more, in the waters off Hancock Point, there is a hole that is small in circumference, but of an indefinite depth. The crew theorize that the lost city of Clarkatola is built around that deep hole. If you were able to probe the depth of that hole you would find that it connects to an aquifer and an underground river. If you were able to travel the underground river, it would take you to a similar location at Devils Lake. 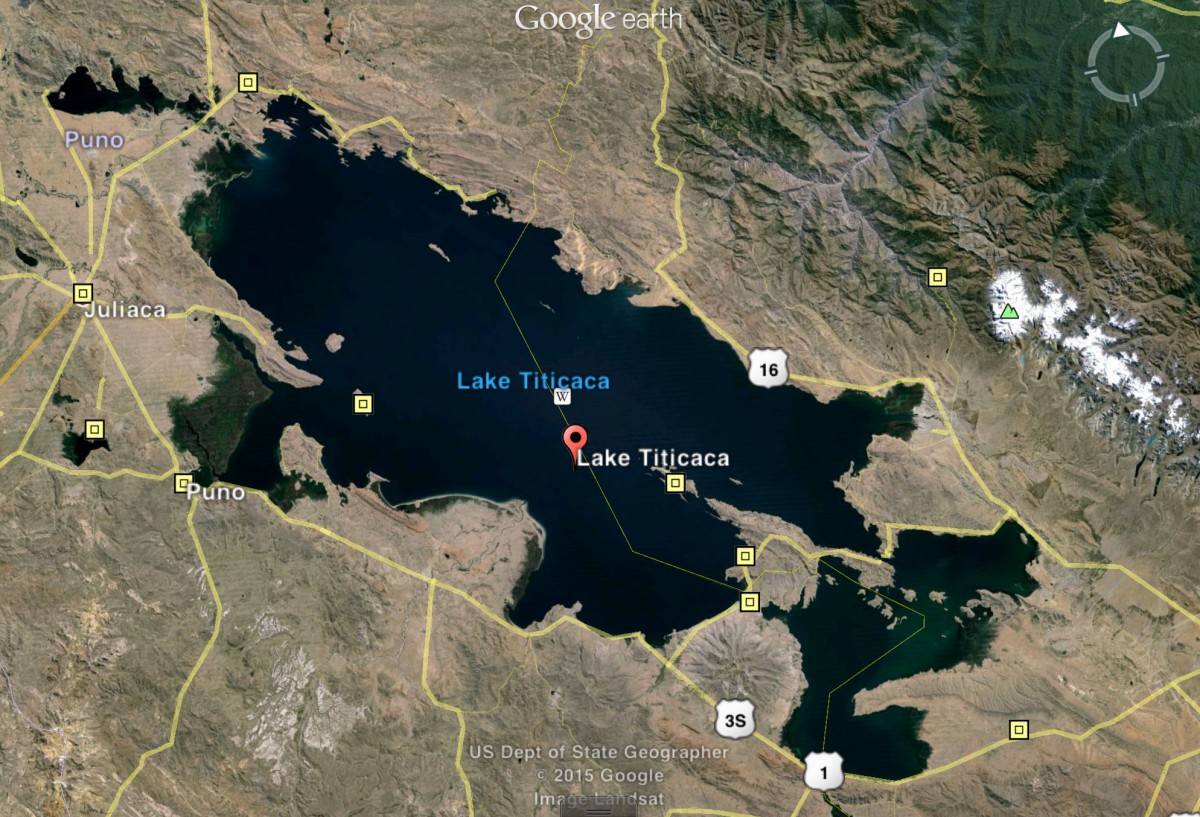 Now if this seems like an incredulous stretch, consider the various eyewitness reports of some Clark Lake residents who have watched airborne USOs circle the lake and then plunge beneath the surface. Most of these observations were made from rafts late at night; and in some cases, after a long day spent enjoying their activities on the lake. Once home, these same witnesses also report seeing sasquatch roaming wooded areas.

Thanks to Dan Rather for his research into this realm. He became interested after being attacked on the streets of New York by assailants who kept repeating “Kenneth, what is the frequency.” He currently makes no claims of “fake, but accurate” in regards to the topic.

Be sure to keep watching the History Channel for the Clark Lake episode–it should be an eye opener!

Note: This entire account is fictional designed for entertainment purposes only on this first day of April. No resemblance to reality should be inferred.