Two recent Clark Lake natural encounters beg the question – what are they?

Exhibit A was recorded reaching for willow tree leaves off Kentucky Point.  Some suspect it is either a beaver or a muskrat.  A beaver has a flat tail, a muskrat, a rat tale.  This video doesn’t provide us with that clue.  Some context.  Recently two Clark Lakers, in separate incidents, spotted what they thought was a beaver.  At Clark Lake, that would be unusual, but not impossible.  What do you think?  Please leave a comment. 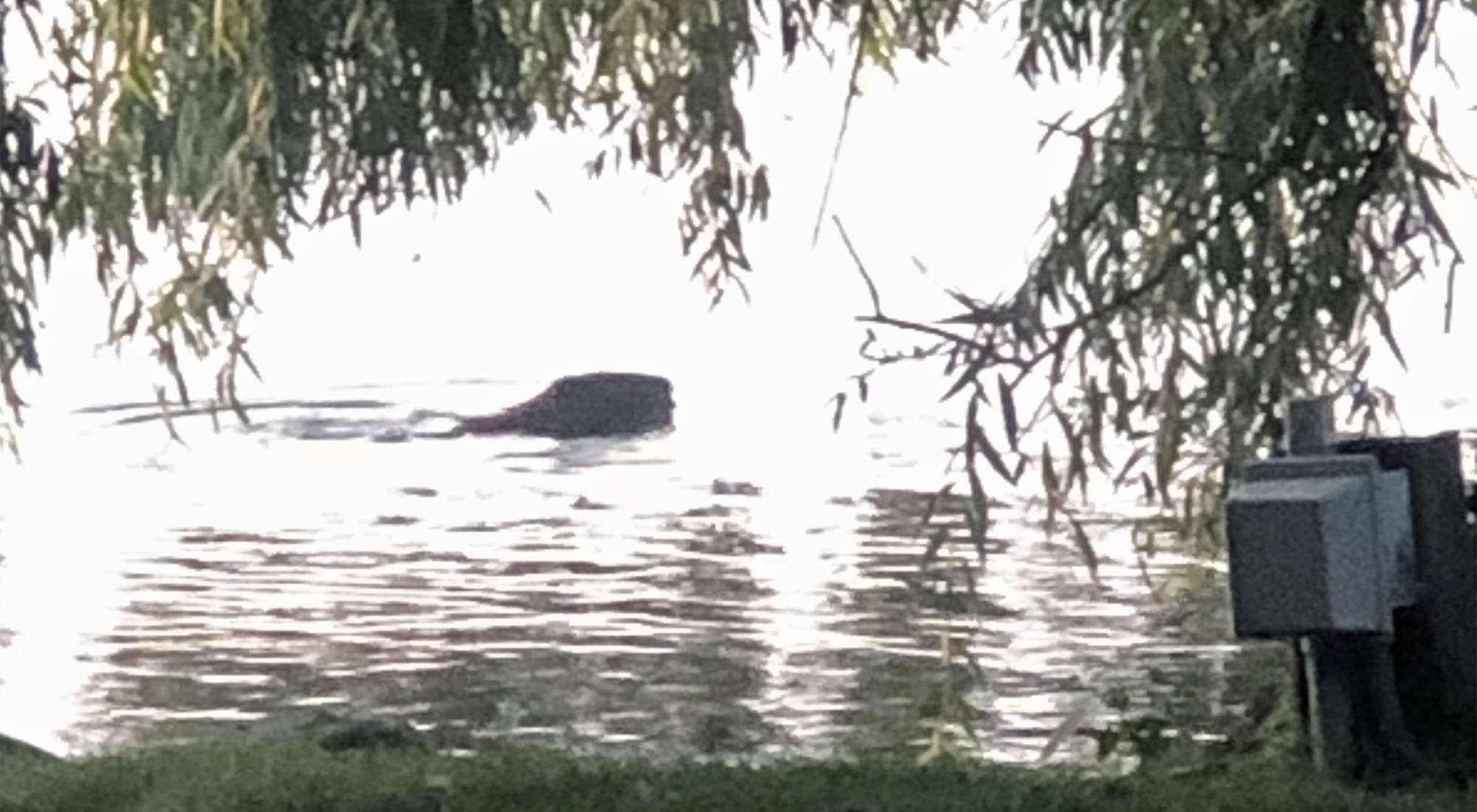 Thanks to Laurie LaZebnik for the video and photo.

Exhibit B has been dead for a while.  It was found in a Clark Lake crawl space, and is being held at arms-length by Lee Wilbur. 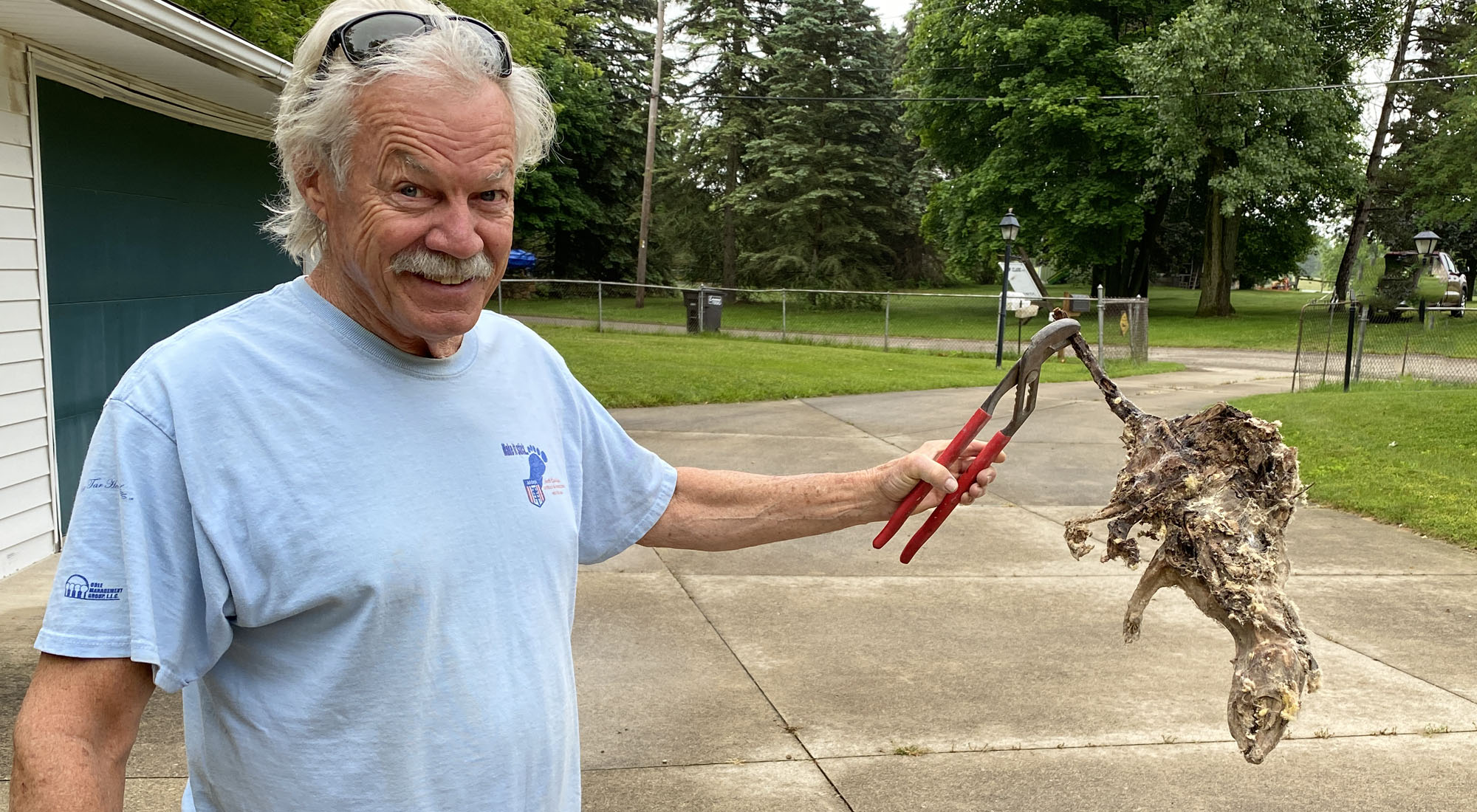 Here’s a closer look at the specimen. 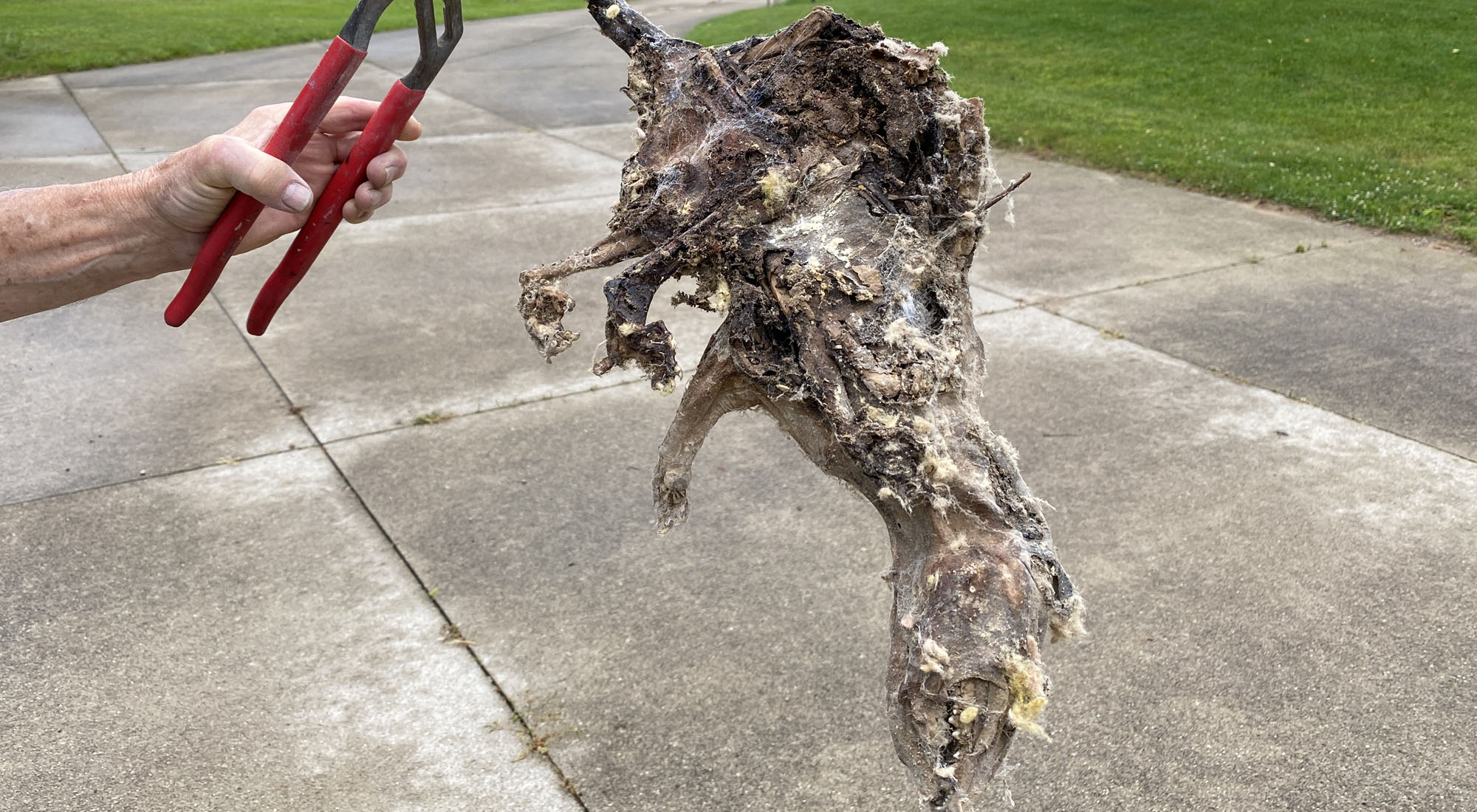 When putting your sleuthing skills to work, please note whether you’re writing about Exhibit A or Exhibit B. Send comments to clarklakespirit@gmail.com.

Aimee Wyne:
I believe it’s probably a ground hog. I just caught one climbing a tree to get to the leaves. My first thought was a beaver until I seen him in the lawn.

Steve Harris:
A – Muskrat. We have a quite large Muskrat which I see frequently down in front of us. I believe he/she lives in the bank just to west of us. Highly unlikely for beaver to be in this sort of setting.
B – Possum

Pat White-McGrath:
The first is a beaver, too big for a muskrat, which has no interest in willow, the second appears to be a possum, based on mouth/teeth and the tail. There are beavers along the Grand River, thanks to someone who thought it a good idea to bring them back from their home in the north. Those who know this to be true, know to whom I am referring. Not surprising they have migrated to the lake, enjoy nature, it belonged to them first !

William Leutz:
I would think that Exhibit A has the flat forehead and squarer profile of a beaver. I have dealt with them on property I lived on in Oklahoma. It really depends on the size though. Beaver can easily weigh 30-40 lbs. or more. They are destructive beasts so if small shore-side trees start coming down we’ll know the answer. My experience is that they do like willow bark.
Exhibit B appears to be a muskrat. I do not see the large “buck” teeth of a beaver. Muskrat are smaller, 3-5 lbs. Muskrat are relatively common in the lake. I see some almost every year.

Steve Drake:
Definitely a beaver in the first pic. 2nd is either a raccoon or an opossum.