Settlement during the early years of Michigan, and specifically Columbia Township, are fairly well known. The end of the War of 1812 opened the way for an early influx of settlers in the vicinity of Fort Detroit, and the opening of the Erie Canal in 1825 greatly reduced travel times from the Hudson River areas of New York State. Many of the early Michigan settlers came by way of the canal and the Lake Erie crossing to Detroit. By 1825, Robert Clark, Jr. had surveyed much of Columbia Township, including the area of Clark Lake, named for him.

The first settler of the Township was the Rev. Calvin H. Swain of New Lebanon, New York; the founder of the town of Brooklyn. He arrived in June of 1833. During the fall of that same year, George S. Stranahan, accompanied by his 17 year-old son, George, Jr., claimed title to a tract of about 400 acres on the north and west ends of Clark Lake – making them the first settlers on the Lake. Their first steps were to erect a log house and the clearing of sufficient land to set out an apple orchard. They then headed back to their home and family near Buffalo, New York for the winter.

It’s interesting to note that the New York birthplaces of Calvin Swain and George Stranahan were not much more than 6 miles apart – about the distance from Brooklyn to Clark Lake. It can also be noted for the curious, that George was no apparent relation to Robert and Frank Stranahan of Toledo – founders of Champion Spark Plugs. According to information found at Ancestry.com, George’s ancestor, James Stranahan was born in Ulster Ireland and immigrated to Connecticut in 1725; whereas Robert’s ancestor, Alexander Stranahan was born in Belfast and emigrated to Philadelphia 100 years later. 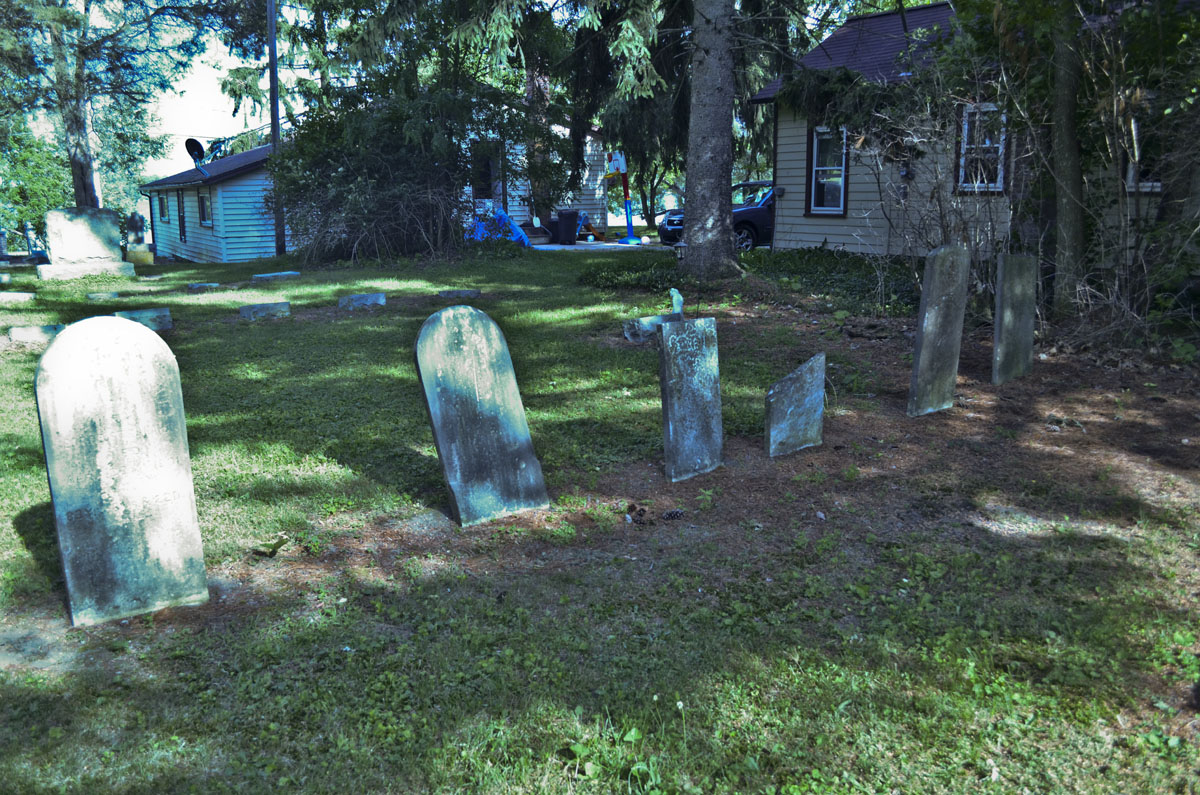 The Stranahan family plot in the Clark Lake Cemetery

During May 1834, George returned with his wife, two sons, and seven daughters, moving into the log house built the previous autumn. Descriptions of that first year include all the stereotypes of frontier life, complete with howling wolves and humming mosquitoes from the marshes along the Grand River that bordered their land to the west. While Mr. Stranahan was traveling to Detroit for household goods that summer, the entire family became ill due to the primitive conditions. From descriptions of their symptoms, malaria would appear to be a strong candidate for their illness. Shortly after his return, the second oldest daughter, Catherine, died at the age of eighteen. She was the second death on record in Columbia Township. His daughter, Betsy, married Archibald Clark of New York, who bought 50 acres from his father-in-law on the north shore of the Lake, west of Kentucky Point. Another daughter, Julia, married J.T. White, who held land at the extreme southwest corner of the Lake.

Neighbors soon began to appear, the next being Anson & Edward DeLamater and Samuel Marsh – from Onondaga County, New York – who settled on the southwest shores of the Lake during the fall of 1834. They will be the subjects for future articles.

Mr. Stranahan was active in the growing community, and during 1836, provided land for the first Clark Lake School, on the southern edge of his property at the head of the lake. At various times, he also served as Justice of the Peace and Rod Commissioner. Mr. Stranahan holds the honor of naming Columbia Township, who named it in honor of the county of his birthplace. He died at the age of 81, after some 30 years on his Clark Lake homestead.

In later life, his Son, George, Jr., told many stories of spending time with his Pottawatomie Indians neighbors. He lived for a while in Batavia, Michigan, where he met his wife, Catherine Brink, and in Coldwater, Michigan. In 1872, he sold much of the old homestead to travel west to be with their son in California. But, by 1878, he was back in Brooklyn, where he died in 1892. He is buried in the Clark Lake Cemetery, with his father and sister, Catherine.

Note:  These headstones in the Clark Lake Cemetery show signs of their age–the many years of wind, rain, snow.  The inscriptions are hard to read, but if you spend some time with them, you can make out much of what is there. 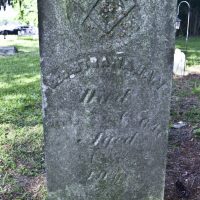 Headstone of George Stranahan, Sr., in the Clark Lake Cemetery 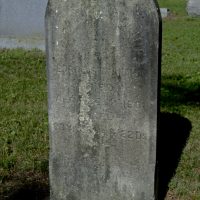 Headstone of George Stranahan, Jr. in the Clark Lake Cemetery 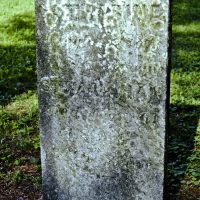 Headstone of Catherine Stranahan in the Clark Lake Cemetery