Please welcome Doyle’s Market as a sponsor of this website.  In this story, learn how Robert’s became Doyle’s.

Growing up, Judi Doyle Kelly fell in love with life at the lake.  Spending summers with her family at Lake Fenton created wonderful memories.   As an adult, she and her husband, Mark, wanted the same thing for their three kids.  In 2002, they found a place at Clark Lake, and that dream became reality. 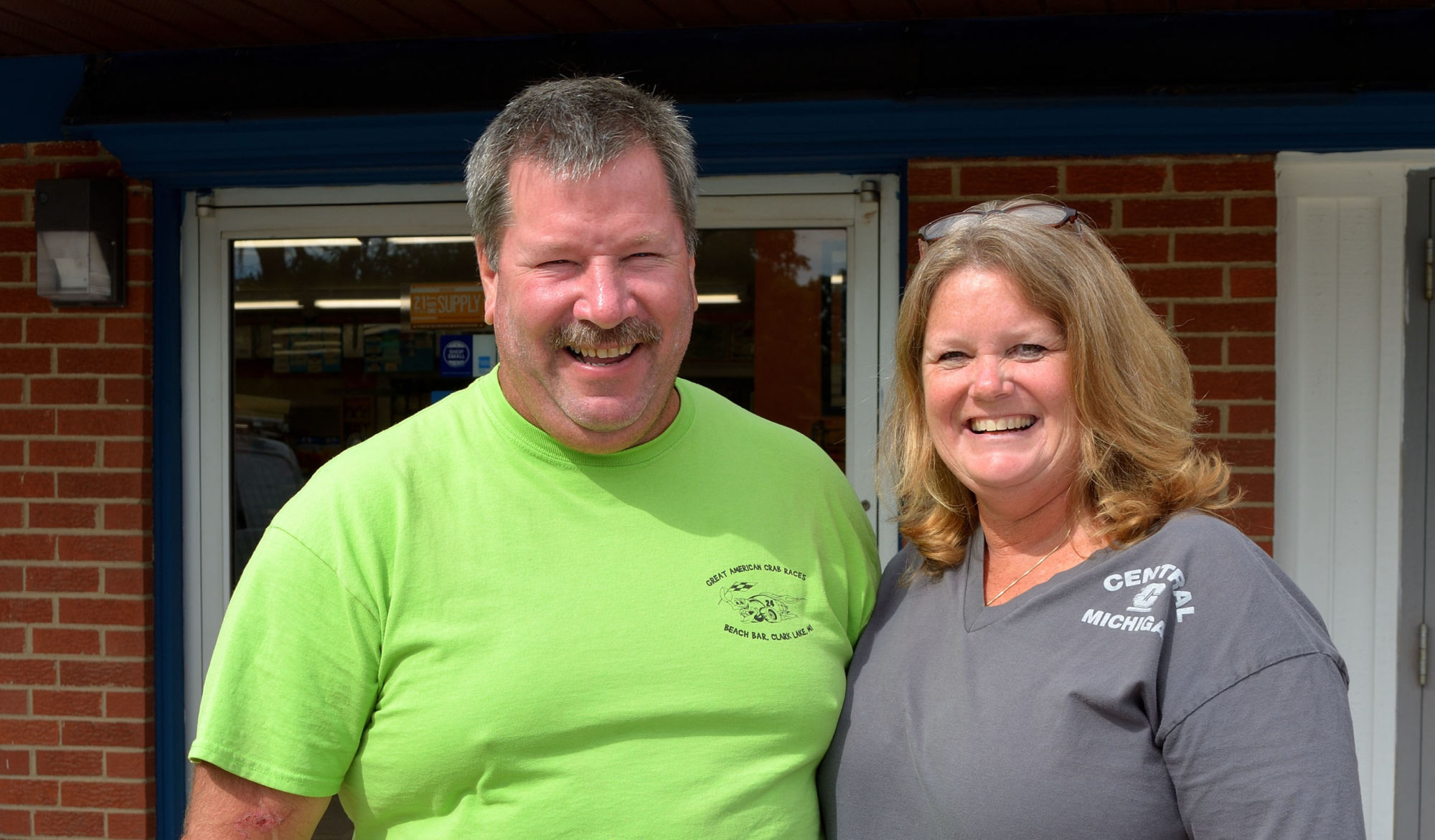 For the next decade they spent as much time as possible at the lake, mostly weekends during the summer.  When their youngest son finished high school, Judi and Mark were no longer tied to Royal Oak, and pondered what was next.  Should they make Clark Lake their permanent home?

Certainly, the thought of purchasing a store had never crossed their minds. “Neither Mark nor I ever had a desire to run our own business.” As it turned out, a seed of change was planted over a period of time. “We have a large group of close friends and would often have as many as 20 visitors at a time.  We’d run out of things, and walk to Robert’s Grocery to meet the needs.”

In May 2011, their new direction began to take shape. “I stopped by Robert’s and asked what’s new.”   Robert’s owner, Ed Davenport had the store for sale. “It came to me strongly that Clark Lake really needs this store. With kids grown up, and Clark Lake on our minds, suddenly the idea of making sure that store remained made sense.”

Judi and Mark signed papers to purchase Robert’s Grocery in February, 2012.  They thought the place needed a coat of paint. Then things snowballed. “In 30 days, we not only painted, but tore out the old shelving and counter, installed new, and put in improved lighting. Mike Holt (who does local construction) was a great help in completing the project so quickly.”

The start-up was a family affair.  Judi and Mark’s eldest son stayed in their Royal Oak house until they sold it a couple of years later.  Their middle son, Scott, was an integral part of getting the store routine established.  He moved to the lake to help with the remodeling and then stayed on to help with “opening weekend,” leaving a year and a half later. Their youngest, Grant joined the Air Force right out of high school and is now about to graduate from Central Michigan University.

Doyle’s was ready for action on March 16th.

For a former Royal Oak accountant and an electrician, what to stock was new territory.  “We put up a white board and wrote in items that people requested.”  That helped.  Judi says customers are sometimes surprised at what they carry.  People come in and start this way “you probably don’t have this, but do you possibly have…?” That could include items like food coloring, birthday candles, and cake frosting.

Doyle’s opens 365 days a year.  On holidays, Judi says “Mark fills in for me so I can cook at home.”  He helps customers with last minute needs—things like corn starch, vegetable oil, and bread.

What didn’t she expect when she took on this new challenge?  “I was delighted at how you get to know the community by standing at the counter.  People come in and we exchange stories.  I have learned so much about this lake.”  Hardly a day goes by that she doesn’t add to her store of Clark Lake’s history.  “Carol Yttri’s sister wrote a term paper about the businesses on Hyde Road in 1947.  It’s great fun to revisit those days and see what has stayed the same, and what has changed.”

The original store was built in 1928 and owned by Edward Blake. W.T. Roberts bought it in 1938. Doyle’s building today is across the street and dates to the early 1960’s.

Same location, today.  How many differences can you find?

The Kelly’s own the house across the street that was the first location of Robert’s Grocery.  There are two apartments, each with two bedrooms.  At one time the small building to the north was a barbershop.   It is now a studio apartment. 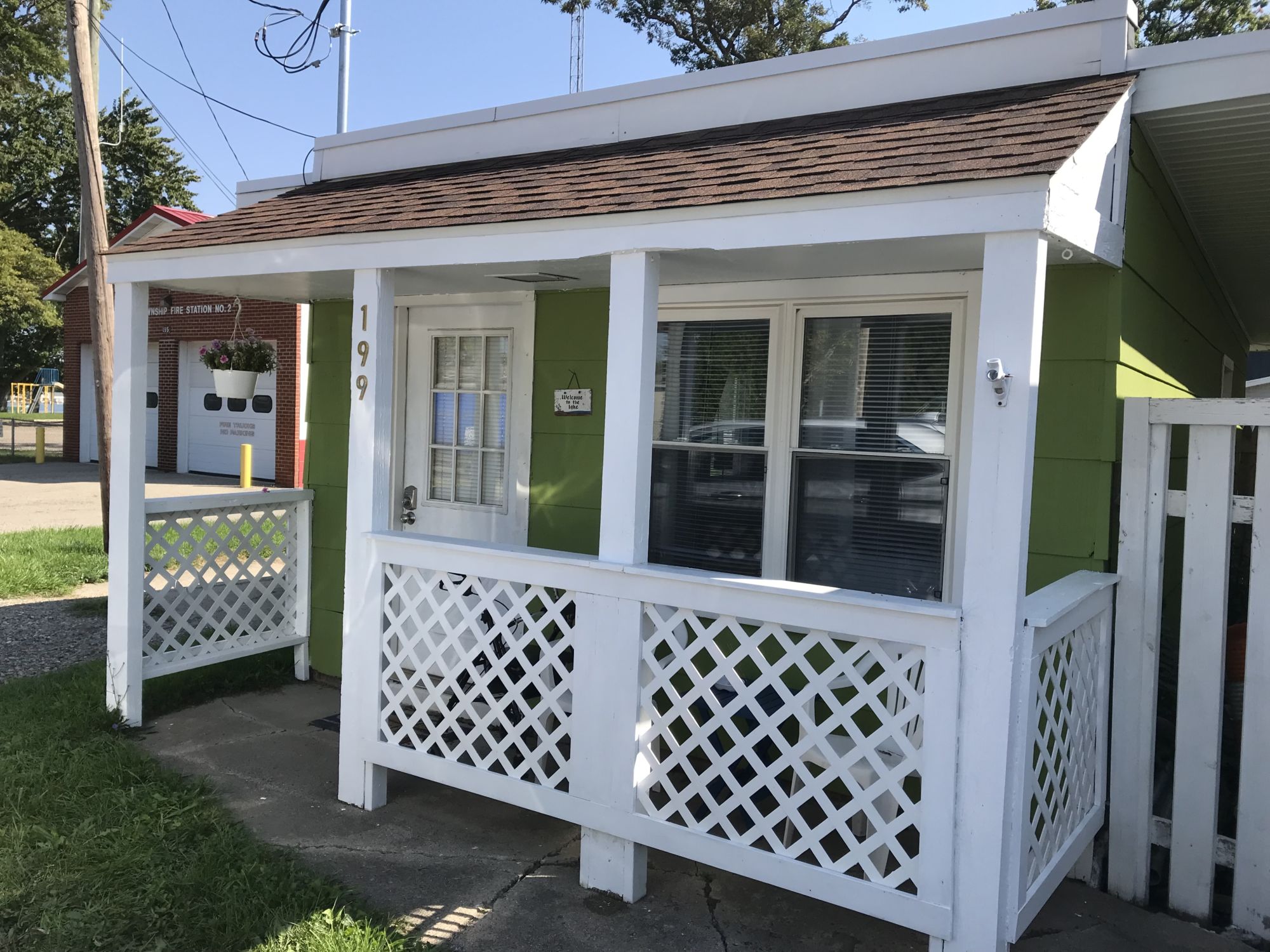 Many years ago this was a barbershop; it’s is now a studio apartment.

Today, Judi manages the store while Mark continues his work as an electrician. What does the future look like?  “It feels like I could do this for a long time.  At one point my eldest son worried that I was working harder than ever.”  Her answer?  “This doesn’t feel like work, because I enjoy it and love the people who come into the store every day.” There could always be more surprises.

As you may know, this website is published by the Clark Lake Spirit Foundation, a non-profit organization dedicated to the benefit of Clark Lake.  No one who provides content, edits, or publishes the website derives any compensation.  But there are third-party expenses like domain names, and development costs (when coding is necessary).  So support from community-minded sponsors and contributions from individuals are important to continuing the activities of this website. The Foundation is a 501c3, and tax-advantaged donations can be made via credit card by clicking here.