Clark Lake presents an ever-changing view.  If you look for it, there is more than initially meets the eye—including a wide variety of vistas influenced by weather, nature, and the animal kingdom.

Overcast days are plentiful during late fall and winter. But along the way, bright sunny days and interesting sunsets pop up.  If you’re watchful, you also find engaging wildlife moments (and not the kind found on rafts during the summer).

First, take a look at this photo.  The perspective is from the Eagle Point shoreline, looking west toward the Hyde Road boat launch. Nothing unusual?  Look again at the closeup below it. 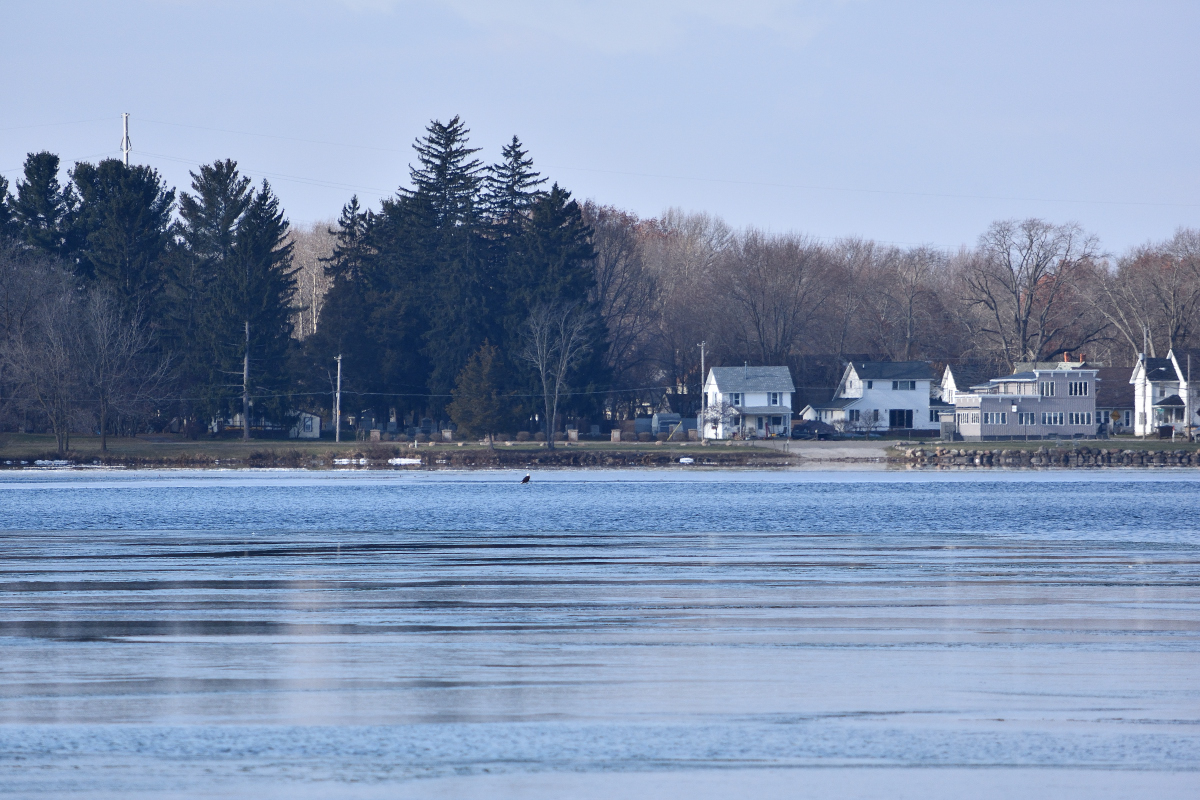 The eagle spent quality time on the ice.  Although too far away to tell, it might have been having brunch. 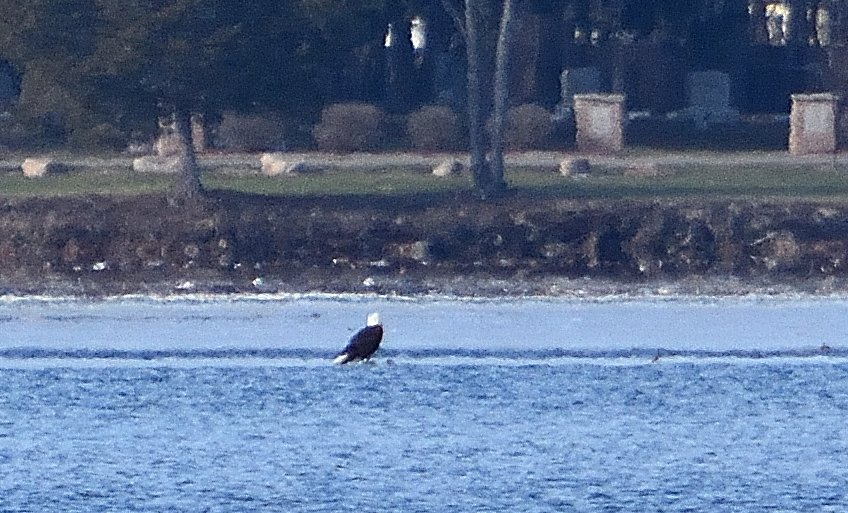 So, what else do you find at the lake at this time of year?  In the slide show below, you’ll see a variety of scenes.  Included is a photo taken by Jane Fowler from the south shore, east end. What’s remarkable is the grayness of sky and water contrasted with the blazing gold light illuminating the trees across the lake.  It’s preceded by one of the many total gray moments at the lake.   As you view the show, you’ll notice how ice forms, melts, and forms again.   To wrap up the show, signs of Christmas have also appeared.

Photo of golden trees: Jane Fowler; all others, Rick Belcher