Volunteering for the Clark Lake Spirit

The weekend offered tremendous evidence of why Clark Lake shines.  Run Clark Lake, Freedom Fireworks, and Raft-O-Rama don’t happen on their own.  These events are planned months in advance and require volunteers to roll up sleeves, and find financial support. It would be hard to fathom the total number of hours devoted to just these events.  On top of that you can add in other Clark Lake projects ongoing, like the Spirit Trail, Welcome to Clark Lake Sign, the Community Center, and this website. You could call all of this the Clark Lake Spirit.

Over the weekend, something else happened that could easily fly under the radar.  But it, too, shows the Clark Lake Spirit. Some neighbors along Ocean Beach were concerned by the massive amount of weeds that had washed up on the shore.  So, they took it upon themselves to get rid of them.  But, what to do with them.  They surmised that if they dumped them in the dam spillway, the current would wash them downstream.  That didn’t happen.  Instead, they stubbornly held their position, continued to decay, and sent off a stench easily picked up by passers by. 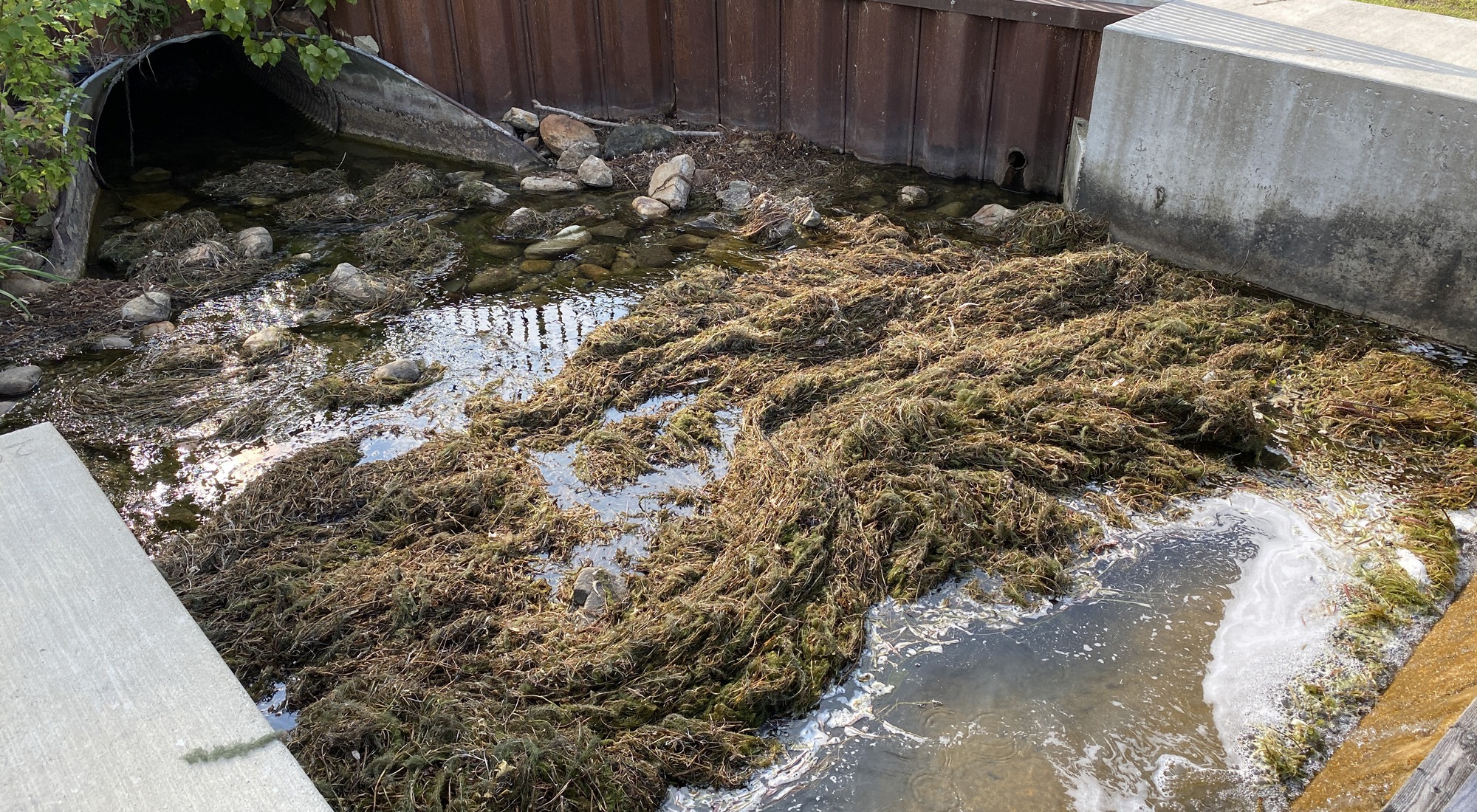 Today, they are gone.  How did that happen? 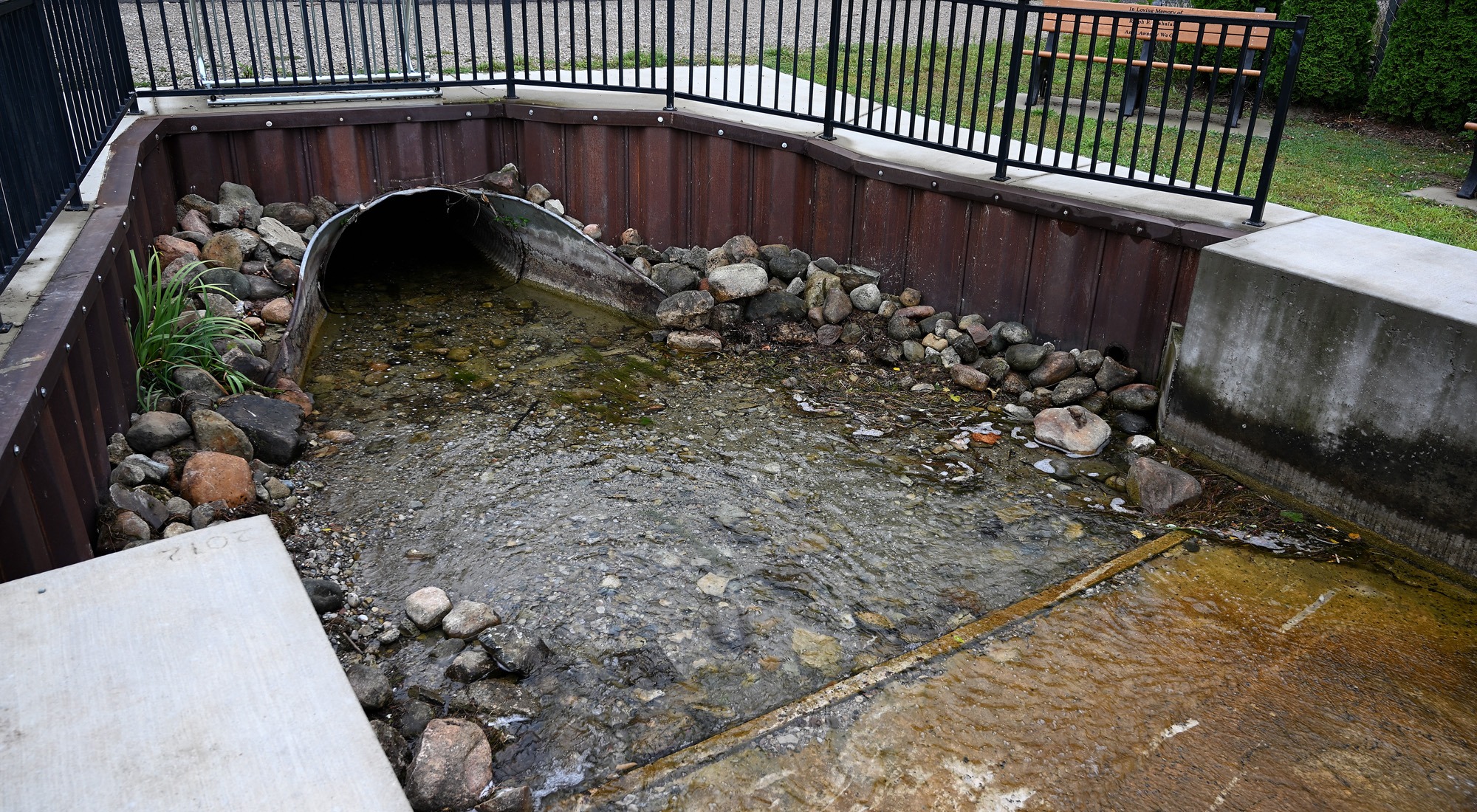 It’s an example of how things work at Clark Lake.  Gregg Kerr, who lives nearby, noticed the problem.  He called Flip Reynolds, who investigated.  Flip got a hold of Bill Bendele, well known for his work on the Spirit Trail and Dam Strong.  On Saturday afternoon, Flip loosened the Spirit Trail benches from their moorings.  Bill then brought in an excavator and removed the offending weeds.  Now, on this Monday morning, all has returned to normal thanks to Bill, Flip and Gregg.

While thanks are on the mind, a great big salute goes out to those worked and participated in Run Clark Lake, the Mahalaks and Clark Lakers who contributed to lighting up the skies Saturday night for Freedom Fireworks, the Raft-O-Rama crew who made Sunday awesome, those whose floating vessels of creativity entertained all, and all other volunteers who put together this marvelous weekend and all that happens throughout the year.

The Clark Lake Spirit reverberates along our shorelines.  Remember this video?  Here’s an instant replay.