As reported on this website, the fire that start before 11 pm Wednesday destroyed the Clark Lake home of Todd and Beth Snay.  The couple, their son Jonathan, and two dogs were able to evacuate safely.

As they sat in the living room, the flames first appeared near the Christmas tree.  There was no time collect belongings as fire spread rapidly and smoke engulfed the dwelling.  They watched the flames consume their home from a neighbor’s porch, across the street.

Columbia Township Fire Chief Scott Cota arrived first, equipped with an engine from the Hyde Road station.  The Township Park barn is a short distance from the 9359 Vining Street address. The home was fully involved in flames when he arrived.  Chief Cota said the fire went to a “third alarm”, and Columbia Township was assisted by Summit, Napoleon, Liberty, Addison, and Hanover Township departments.  Also on the scene were Acting Police Chief Jay Niles, Consumers Energy, JDART and Jackson Ambulance.  If there was good news it was this—the ambulance service was not needed as no one was injured.

Chief Cota said winds that drove the fire “were an issue for us…and the structural integrity of the home made it difficult as it was not safe to send personnel in.”  He addressed that challenge by calling Bendele Construction to remove debris so the department “could safely from a distance extinguish the remaining hot spots.”  But when Bill Bendele answered the phone at 1 am, he had a challenge of his own. His backhoe was at a construction site.  Bill hopped in his car, and headed to the South Woodlands location where he had left the necessary equipment.  There was no time to lose.  He drove his backhoe on South Woodland to Jefferson, then to Hyde.  Once at scene on Vining, Bill checked with the chief and the Snay’s to learn if any portion of what was left should be avoided.  He got the go ahead. Both the eves and walls had fire trapped in them so he began to take down the roof and walls.  As Bill pulled away at each section, the crews stepped in to dowse the lurking flames.

This video provides insight into the challenges firefighters faced.  You’ll notice the affects of the wind gusts and the dramatic eruptions of new flames.  The video also shows the complete devastation as seen in views captured the morning after.

Crews stayed on the scene to about 4 am.  Bill Bendele left the backhoe there in case it would be needed.  Then he faced a long walk to pick up his car on South Woodland.  So, Chief Cota and Assistant Jeff Simpson gave him a lift—in a fire truck.  Apparently their movements were stealthy enough that nearby neighbors slept through it.

Bill Bendele is no stranger to fires.  A 38-year veteran of the Addison Fire Department, he’s a lifetime member.  He was also fire chief of the Cement City department before it merged with Addison.  Bill notes “I get called a couple times a year for this kind of work.”

Thursday, the Snay’s started the long process of putting their lives together.  While grateful for their safety, that road may be a long one. 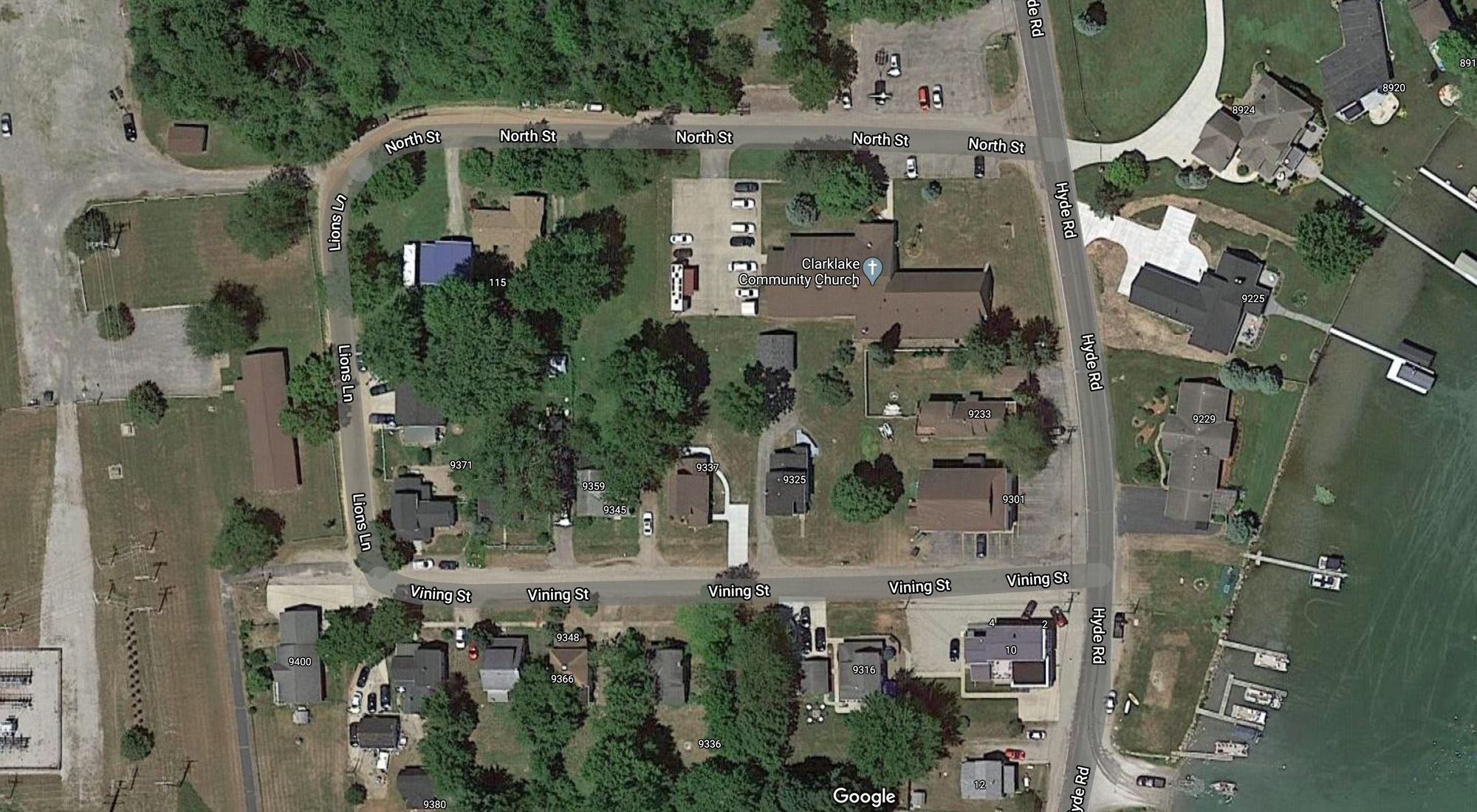 Vining Street is considered to be central to the original Clark Lake Village.  The train station was located at the west end of the street.  In the early days, passengers would disembark from the Cincinnati Northern, their luggage picked up by a cart, and a steamer would await them at a dock.  It would then deliver them to hotels at Pleasant View, Eagle Point, or rental cottages. 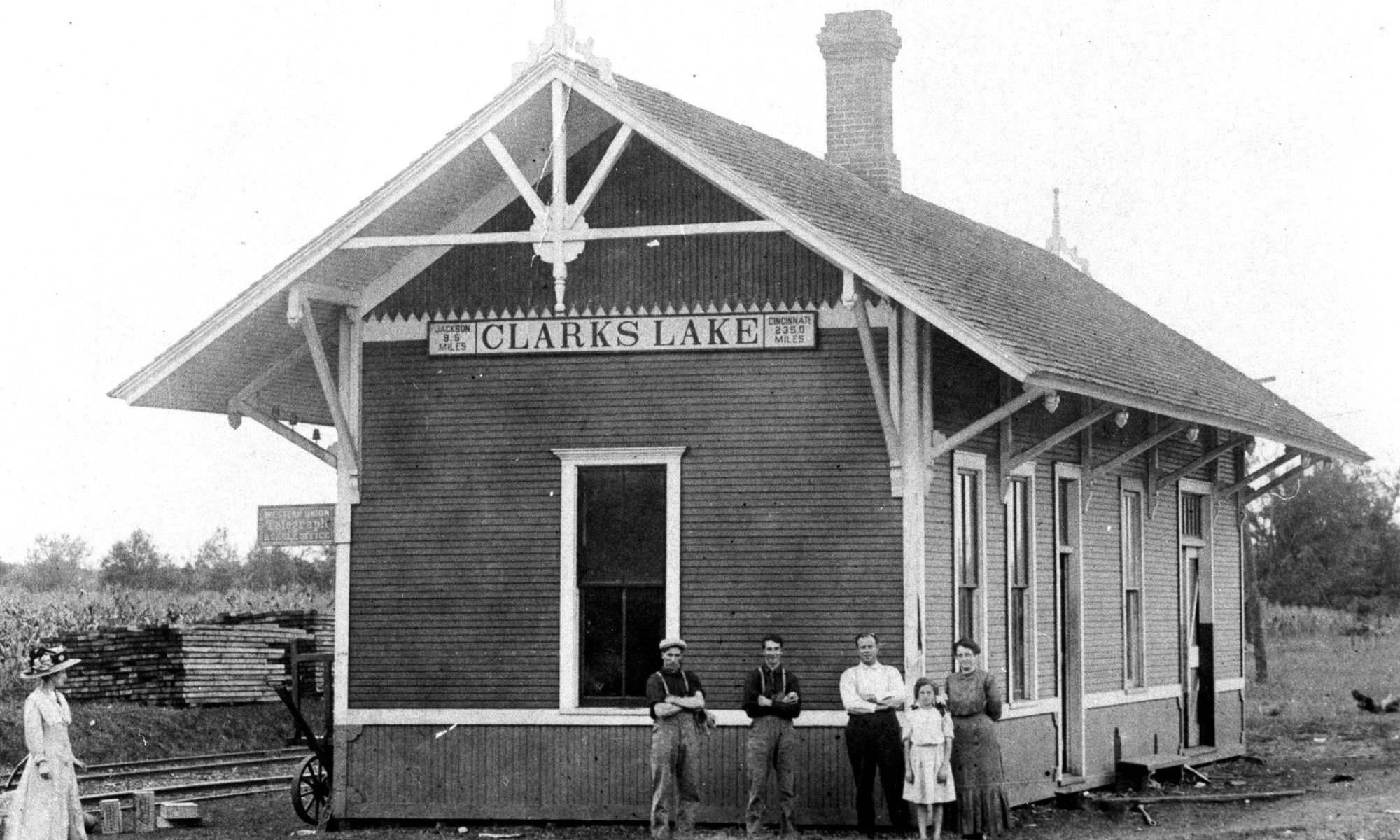 The photo below shows a steamboat at the Pleasant View Hotel dock. 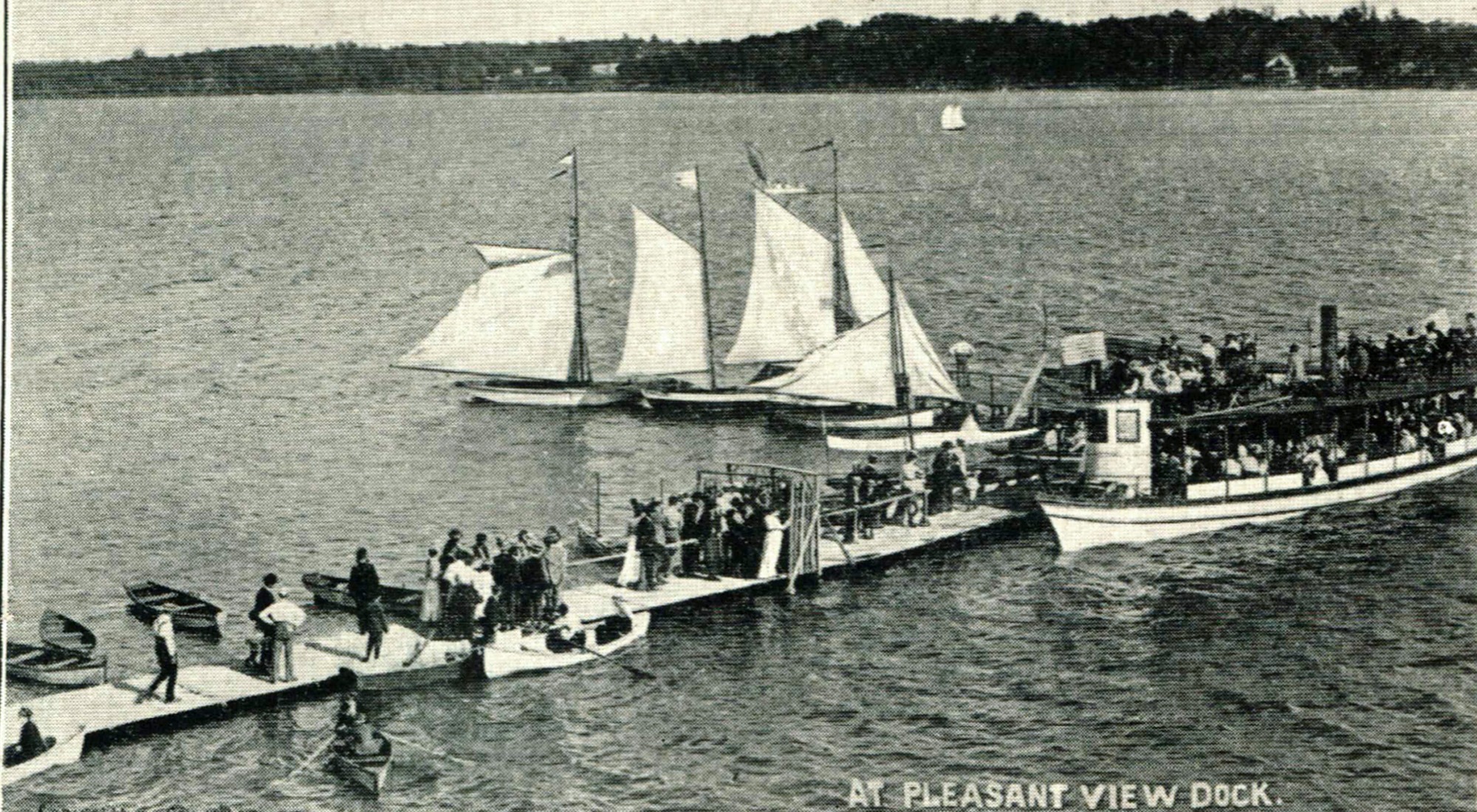 The house immediately to the west of the Snay’s accommodated Clark Lake’s first telephone system.  The house on the east side was a hotel, another place travelers arriving by train could stay, perhaps awaiting for a steamer to take them elsewhere on the lake.

In later years, a laundromat stood at the far west end of Vining.  It offered convenience to visitors and residents until one day, it blew up–apparently a gas leak.

Hyde Road has its own story, and the Village was part of it.  In 1947 Clark Lake’s west end was the topic of a college term paper.  To read the narrative and see the photos, please click here.

The original Village of Clark Lake has had its share of history, and it’s not over yet.