Columbia Township Treasurer John Calhoun reports on discussions regarding the future of the County Park at the east of Clark Lake: 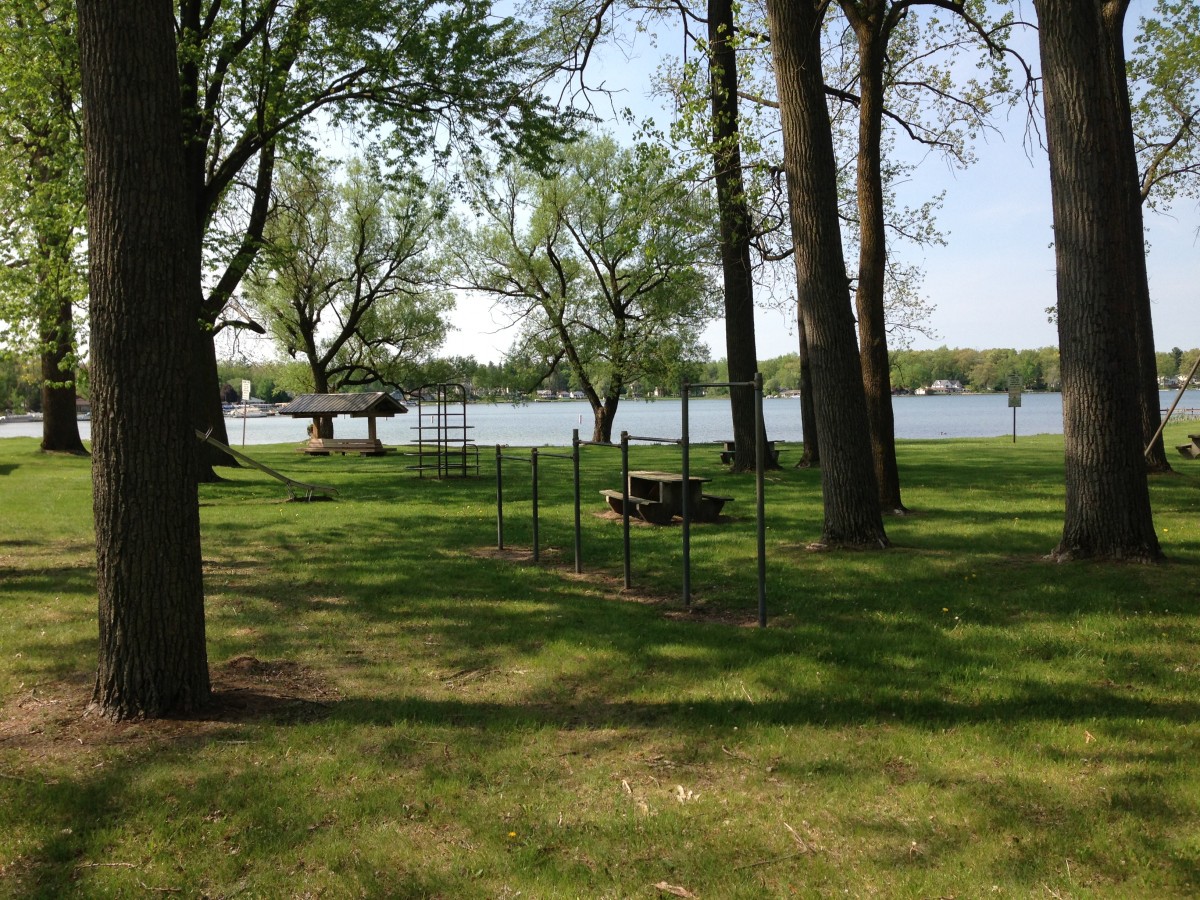 On Thursday, January 30, 2014, the new Jackson County Parks Director, Scott Robbins, met with Columbia Board members Flip Reynolds and John Calhoun along with interested residents on the plans for the upgrades to the County Park on the east end of Clark Lake. Discussions on tree management at the park were led by K. Don Phillips of KCI- Inc., who has “adopted” the County Park and is willing to provide arborist expertise while the park undergoes the upgrades. Tree removal, trimming and cable support projects were shown to the group.

With the departure of Brandon Ransom to his new job in Colorado, it was important to get the new director up to speed on the County and Township’s shared vision for the park. Scott was very interested in continuing the project and the Park Master Plan from ASTI Inc., was also discussed. Initial projects will include the removal of the cable and posts surrounding the parking area and upgrades to that area prior to the spring thaw.

Walt Reed offered to host the next meeting at the Clark Lake Community Center later in February. We’re hoping that there will be at least a small thaw to allow participants to visualize proposed improvements.