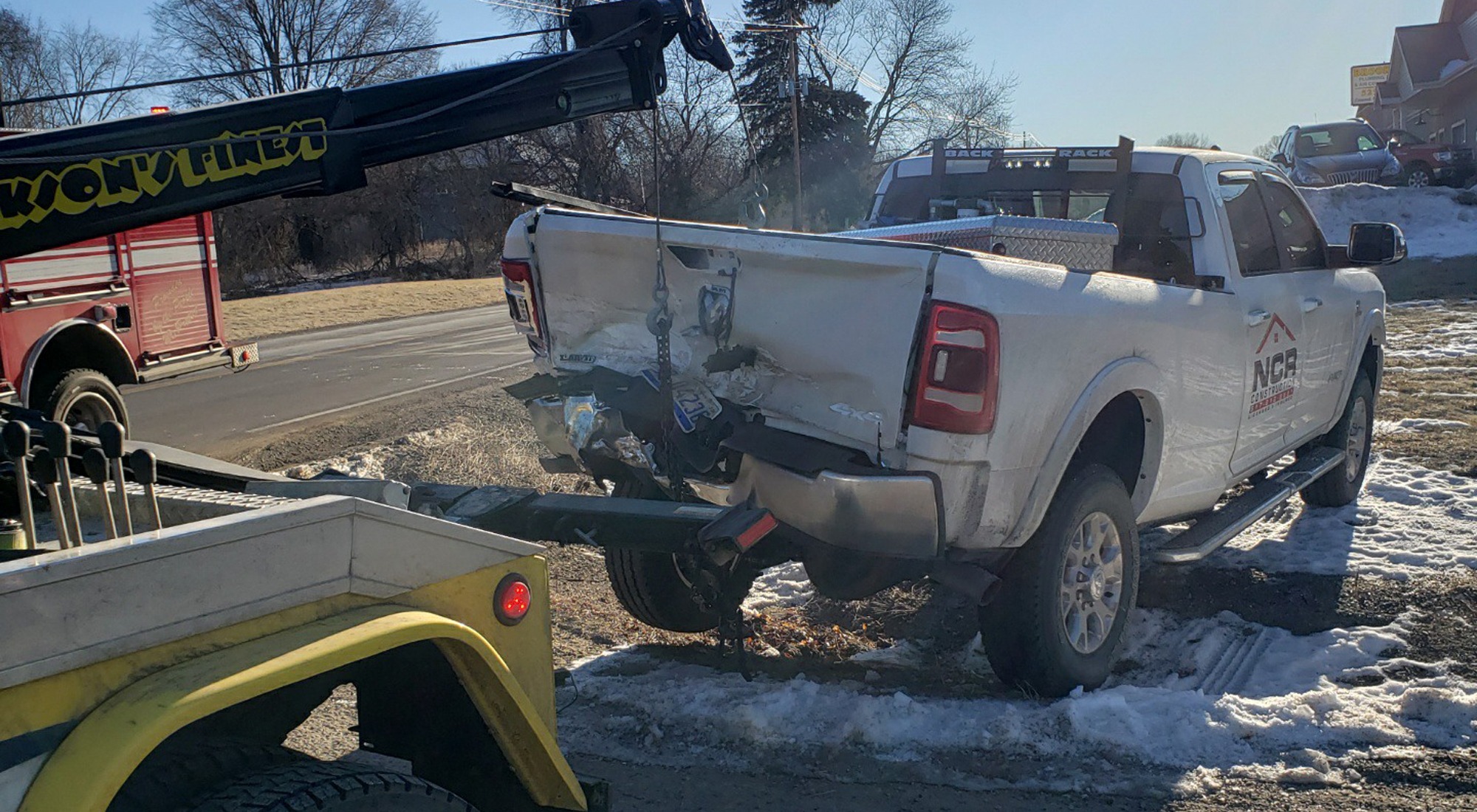 Police also report the driver of the Dodge Ram was treated at the scene by Columbia Township Fire Department and Jackson Community Ambulance.  He was transported to the Henry Ford Allegiance Hospital via ambulance for non-life threatening injuries.  The driver of the Jeep Wrangler was cited for failing to maintain proper distance.  Occupants of both vehicle were wearing their seat belts.  The driver of the Jeep and her occupant, a five year old, were also protected by the air bag system.  The 5 year old suffered minor injuries.  The accident occurred just before 8 am today (Thurs 2/25). 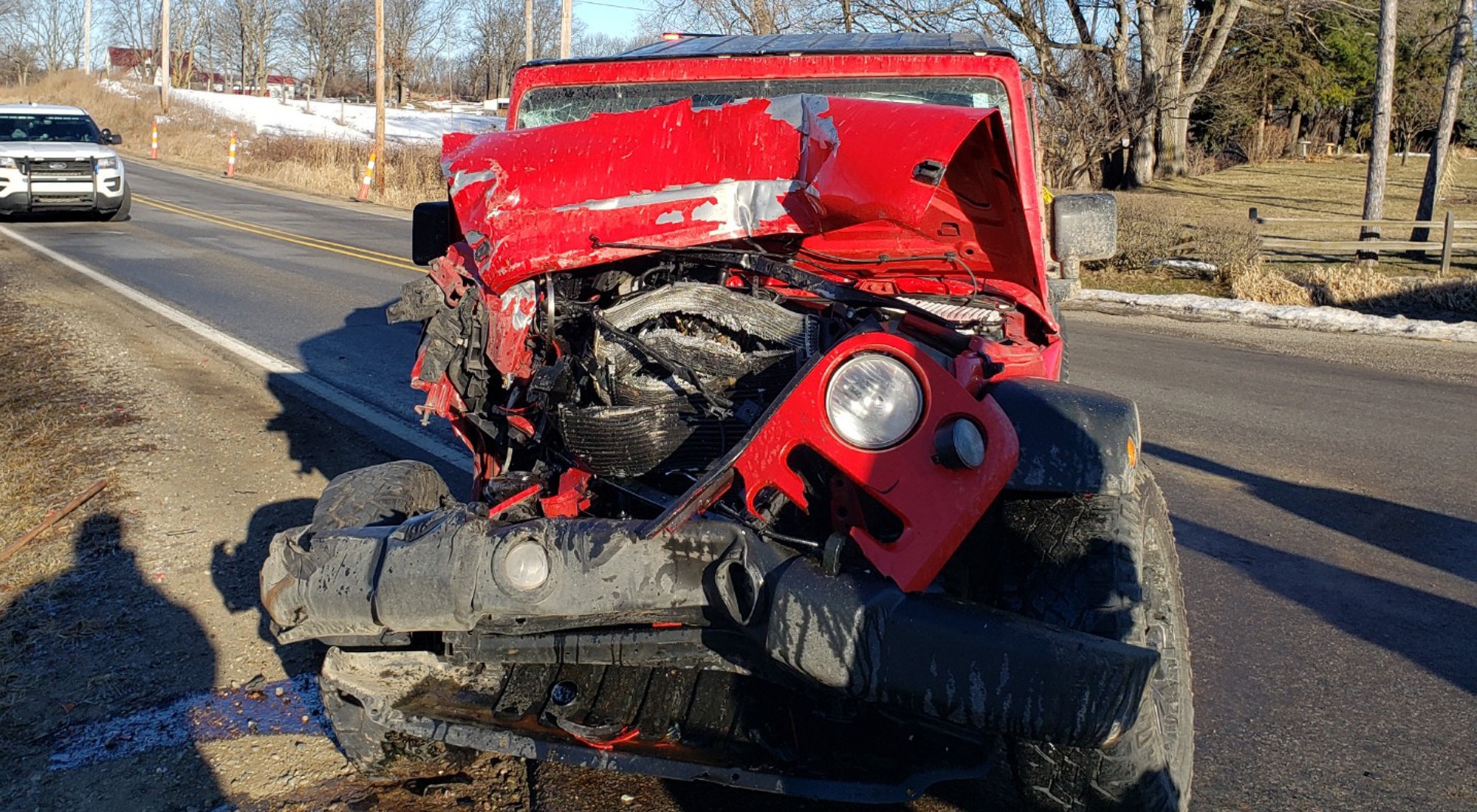