Columbia Township Police say that a tractor-trailer attempting to turn around took down the curve in the road sign, and left behind the tire tracks on Eagle Point Road. 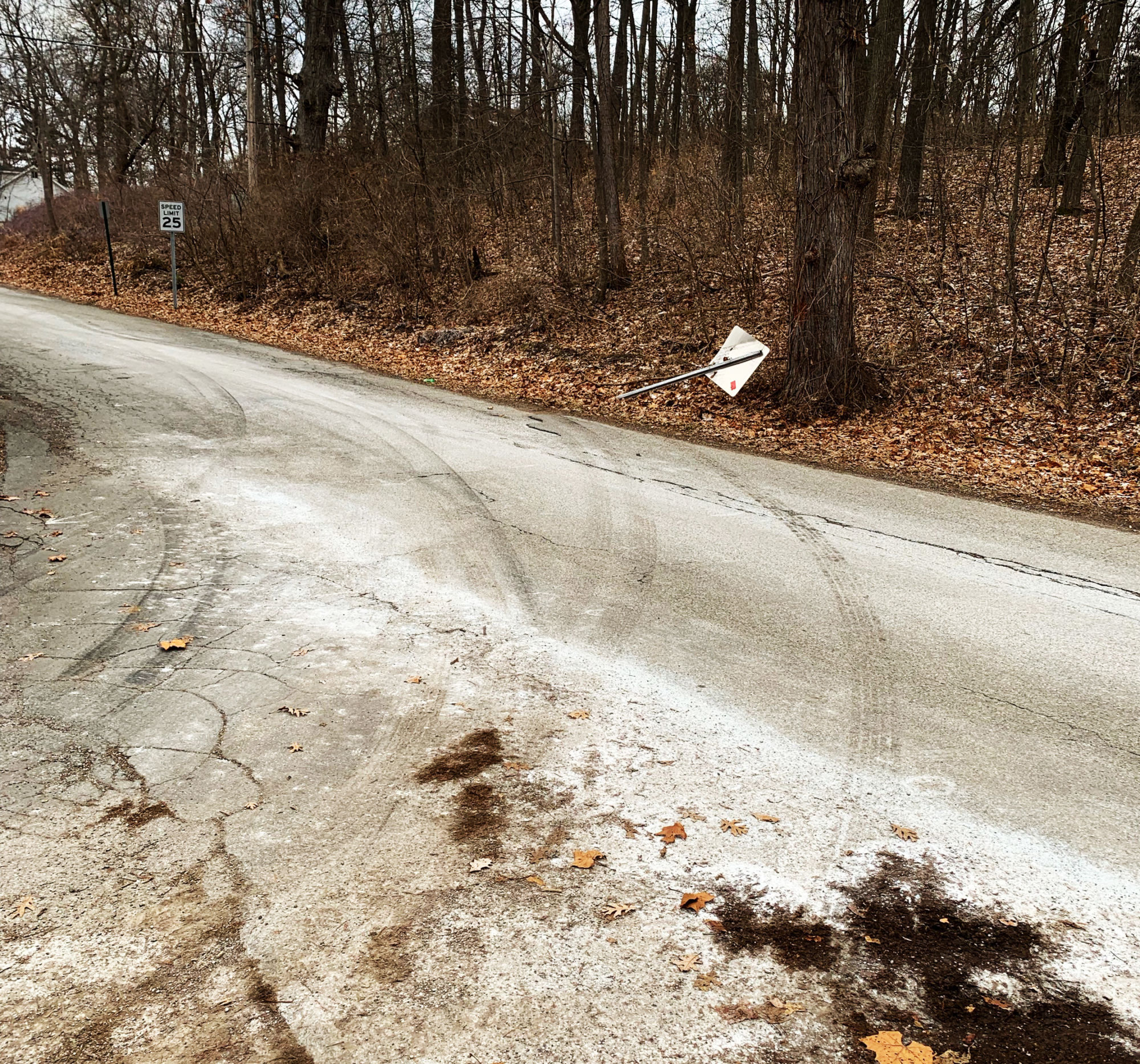 In an earlier report on this website, a resident attributed the damage to speeders that he witnessed in the same area last night.  According to the resident, four vehicles sped from the Point heading south on Eagle Point Road.  They then turned right onto Lakeview Drive and continued at a high rate of speed.   The downed sign and speeders were apparently unrelated. 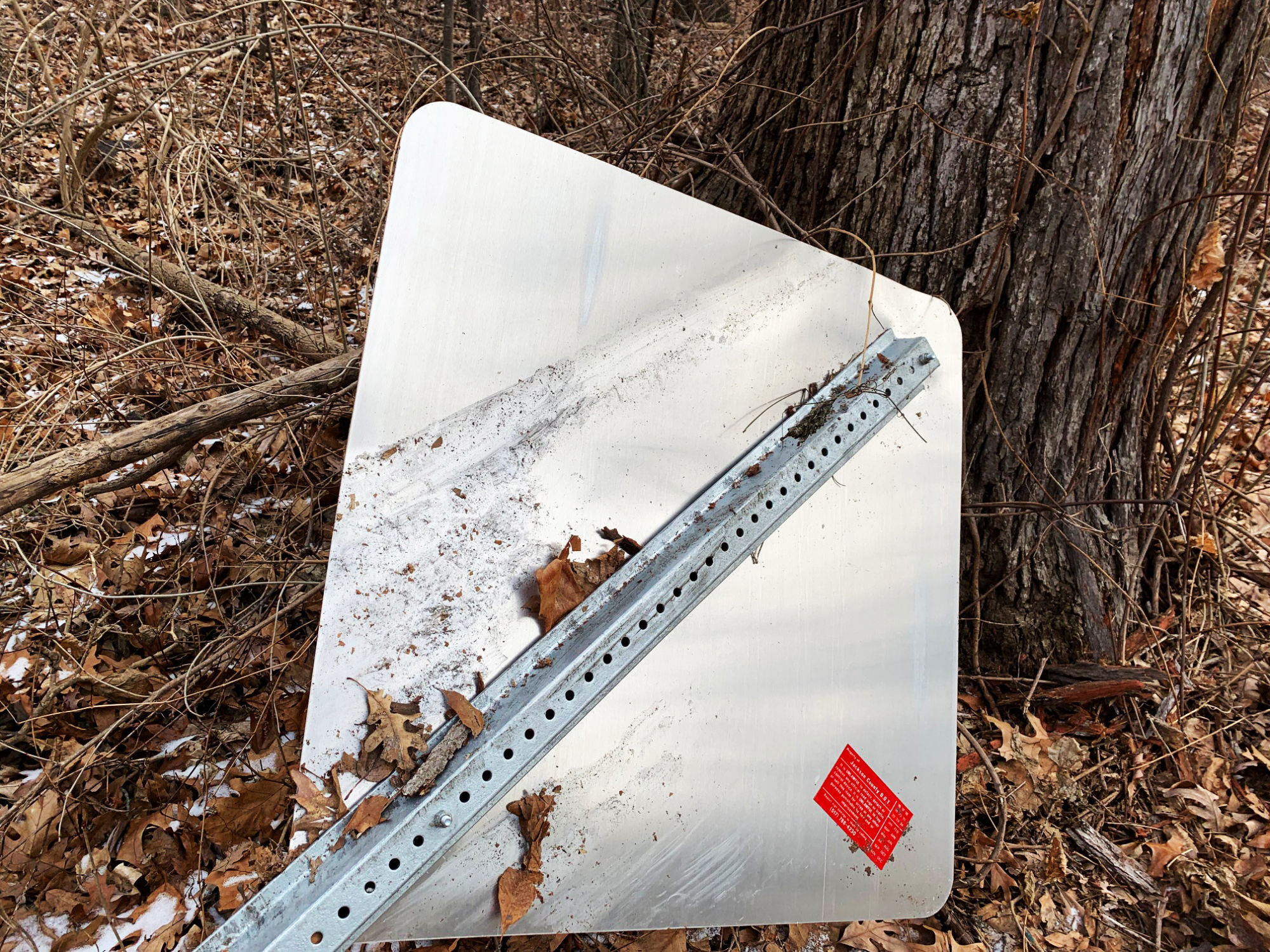