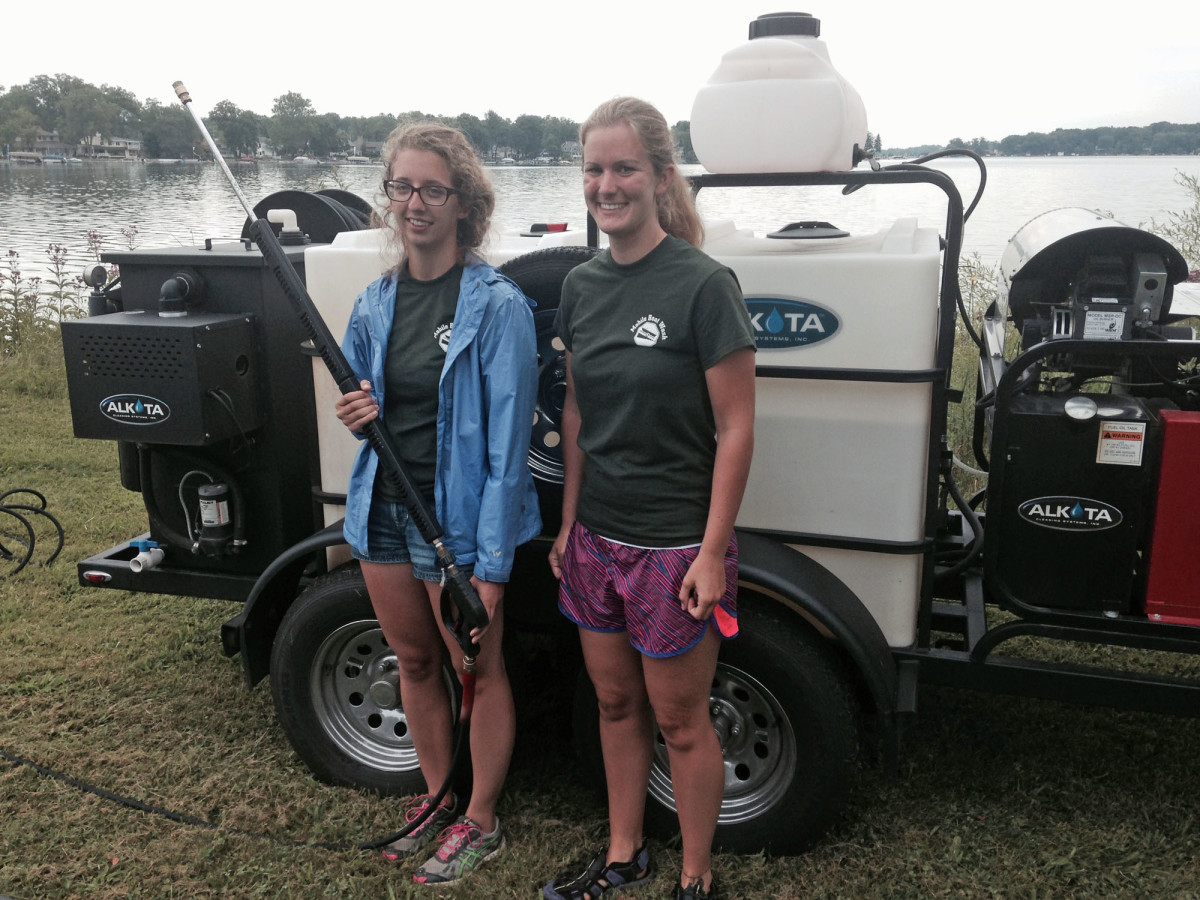 Today (Saturday, August 8) and tomorrow a crew is offering boat washes at the west end launch. The purpose is to remove invasive species that attach themselves to boats and trailers coming into or leaving the lake.  The concept is discourage the spread of fast growing invasive species like hybrid Eurasian Milfoil, starry stonewort or one of the many other invaders moving from one Michigan lake to another.  The hours are 8 am to 1 pm.

Here’s how it works.  A boat is pulled onto a large mat that is hooked to a drainage system.   The operator sprays the boat and trailer with a wand that looks like what you would find on a power washer or at a car wash.  The sprayer is powered by a pump that has its own clean water supply.  The water collected on the mat is pumped into a reservoir that is later released into a sanitary sewer.  The device has a heater that is designed to increased its effectiveness, although it was not operational today.

Early Saturday there was not much activity at the boat launch.  One raft launched but was not washed.  The person putting it in said that it had come directly from a dealer showroom.  A jet ski being launched also was not washed.  According to those operating the system, the jet ski was a rental and “they didn’t give us a chance to wash it.”  Taking advantage of the boat wash is optional.  And no amount of boat washing will get rid of invasive species already present in the lake.

Another purpose for the activity is to raise awareness.  Several handouts are available, and the crew could answer questions about various species including what they look like. 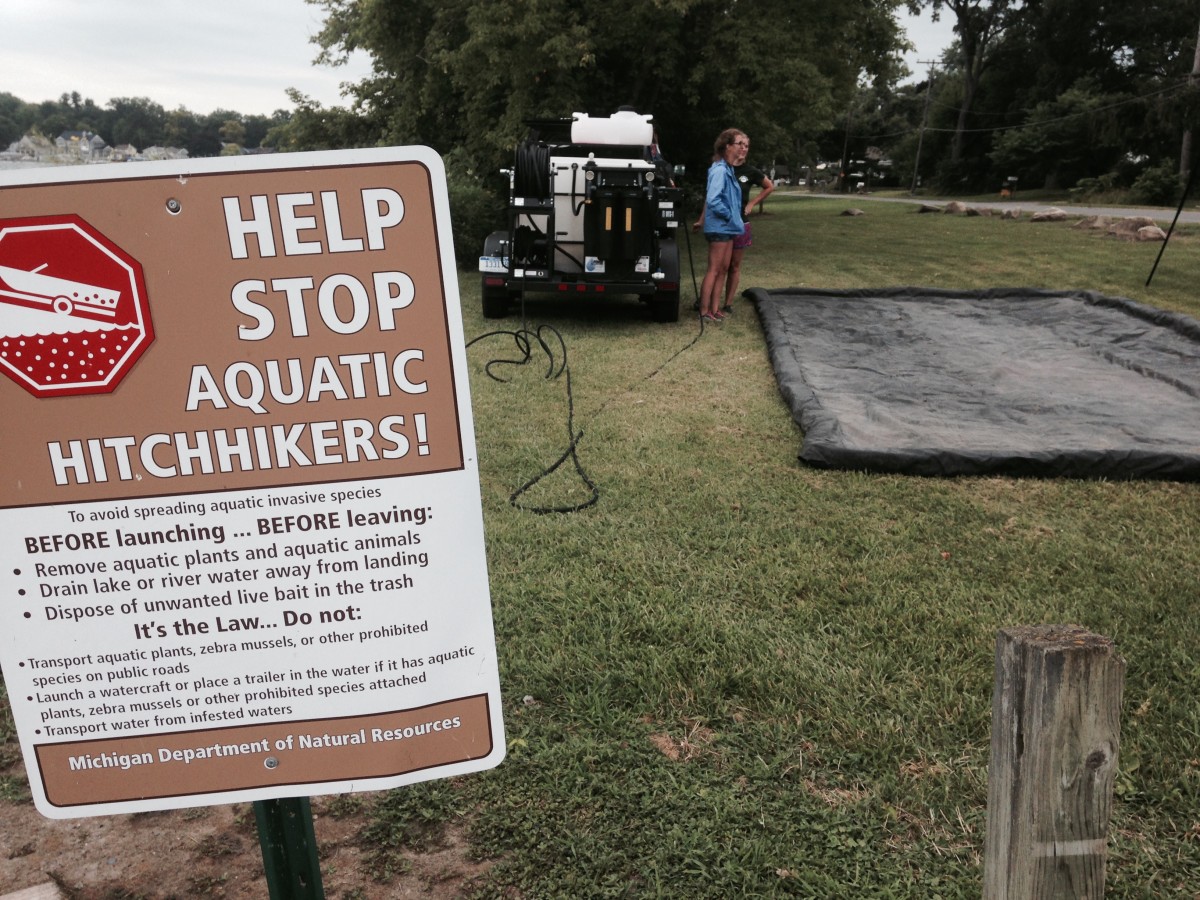 Three governmental groups are involved in this project.  The DEQ provides the wash system, Michigan State University hires the operators, and the Forestry Service supplies the grant money.

DNA evidence confirms the presence of hybrid Eurasian water milfoil (HEWM) in Clark Lake.  A professional survey last fall revealed that there was 20 acres in the lake.  Lakes that did not check the advance of this fast spreading species found that it curtailed recreational use, destroyed wildlife habitat and lowered property values. To view what is being done about this at Clark Lake, please click here. 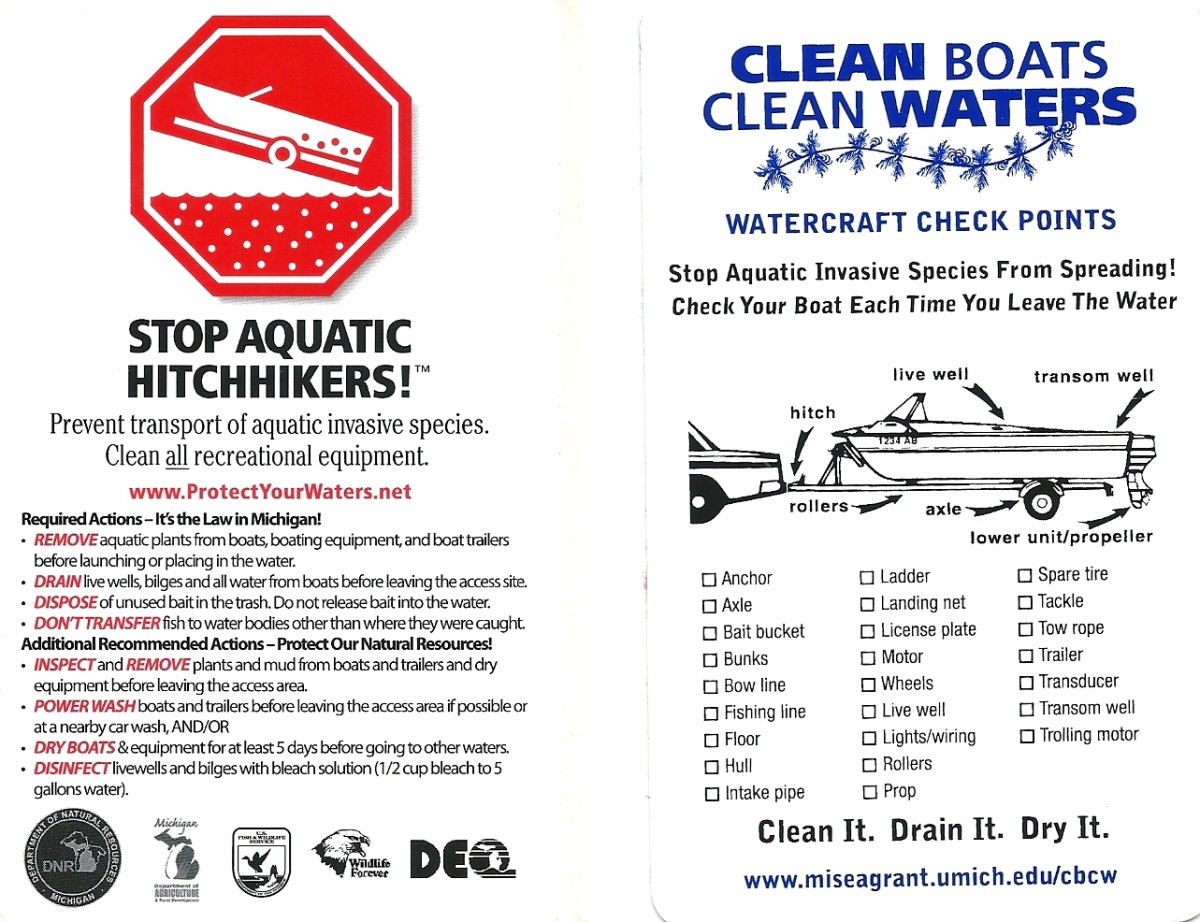