At tonight’s Columbia Township Trustee’s meeting, the Township Park at the west end of Clark Lake, was once again a hot topic.  Judi Kelly, who owns Doyle’s Market and lives on Oakwood, spoke to trustees about her view of the situation during public comment at the beginning of the meeting.

The board discussed the problem and what has been done about it.  Police Chief David Elwell said since the June 1st, his department wrote 34 tickets for infractions in the park.  He also suggested that the park’s reputation as a place to party could be changing as the word gets around about enforcement.

Some have suggested that the Township Park be available for Columbia Township residents only.  Treasurer John Calhoun commented that the deed for the park may not allow for this option.

Flip Reynolds says “we have to do something to control the crowds and bring it back for our taxpayers who are paying for it and are unable to use it.” Here he describes potential solutions.

Trustees discussed the possibility of establishing a parks commission comprised of Clark Lake residents who would advise the trustees in matters relating to it.

As reported previously on this website, trustees in May voted to authorize the personnel committee to work with legal counsel and police chief to draft a new ordinance.  The personnel committee consists of the township supervisor, clerk, and controller.  Supervisor Bob Elrod said the plan is to “put some teeth in the ordinance.”

Police Chief David Elwell commented “the ordinance should be revised and modernized.”  He believes most prohibitions should remain in place, but the language of the ordinance should comply with current court requirements.  Ordinance 18 was last voted upon in 1981, and some of that may have been carried forward from earlier versions.  The chief notes “the ultimate goal is to revise the ordinance to reflect the Trustees’ intent and to create a family-friendly atmosphere in the park so that issues that come up in the summer are prevented.”

The group working on revisions may look at regulations and formats in place for Blackman Township and County parks but adapt them for local needs.

As it stands, Township Ordinance 18 governs park activity.  If you peruse it below, you will see that it covers a lot of ground, but apparently falls short of getting the job done in its current form. 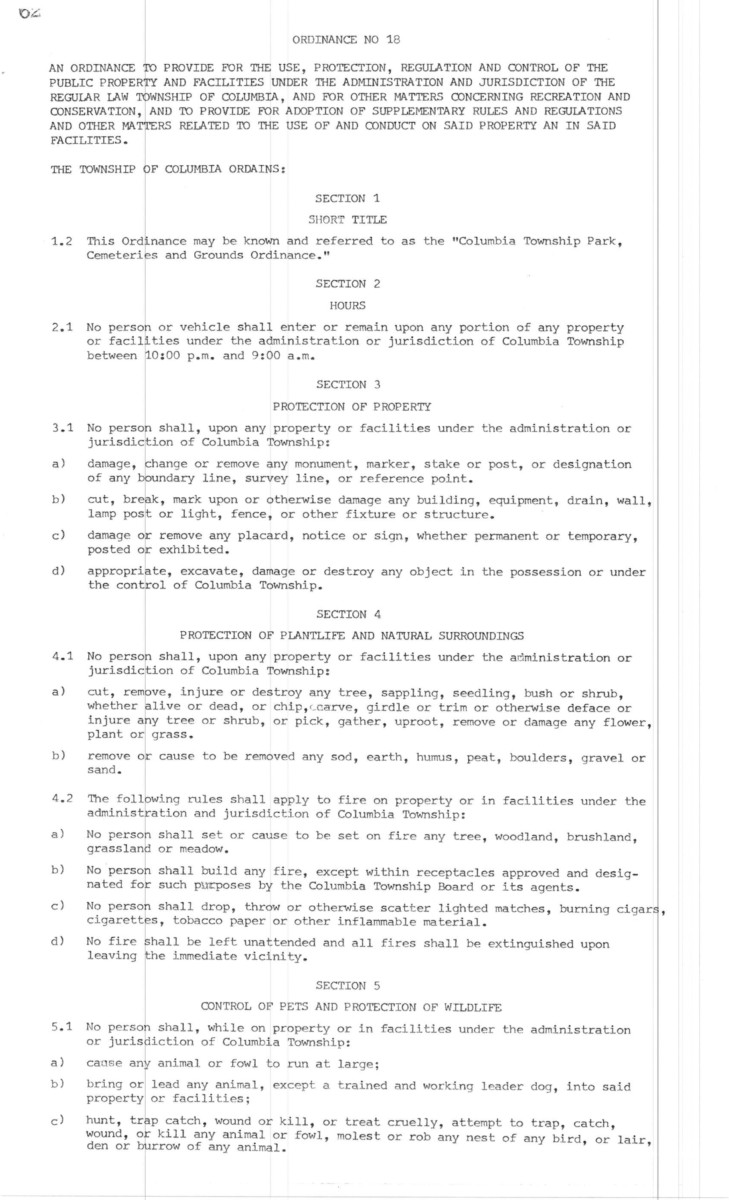 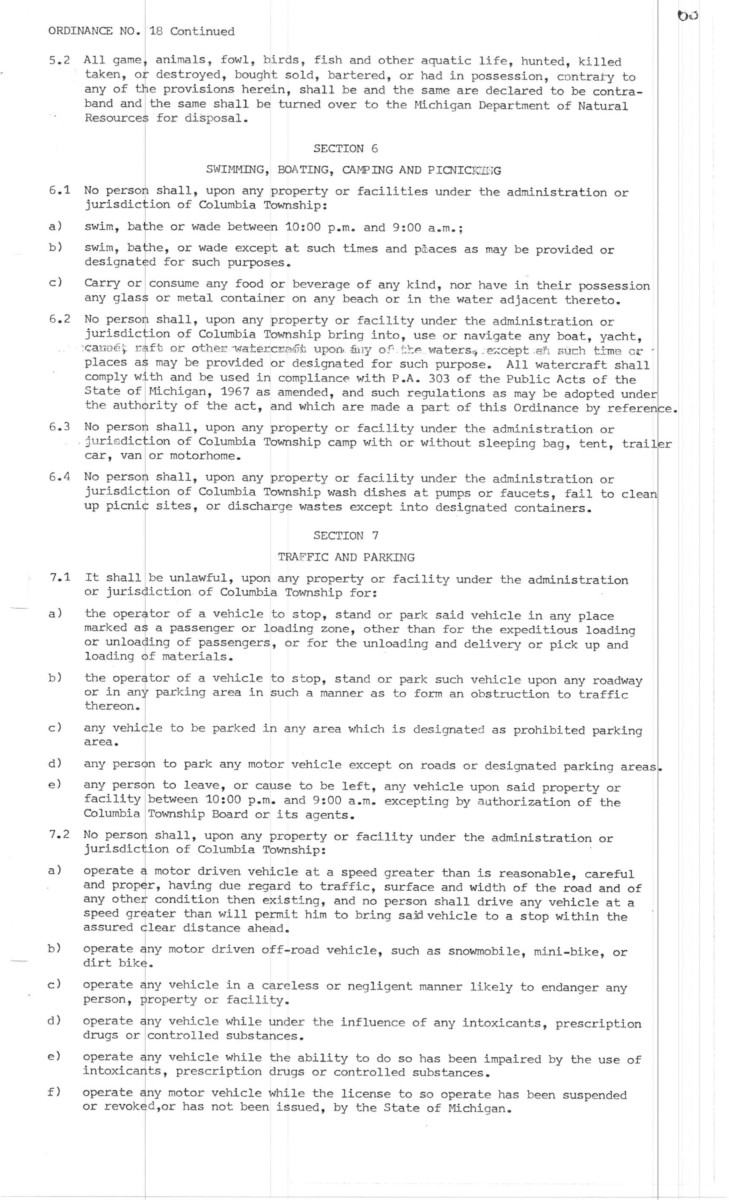 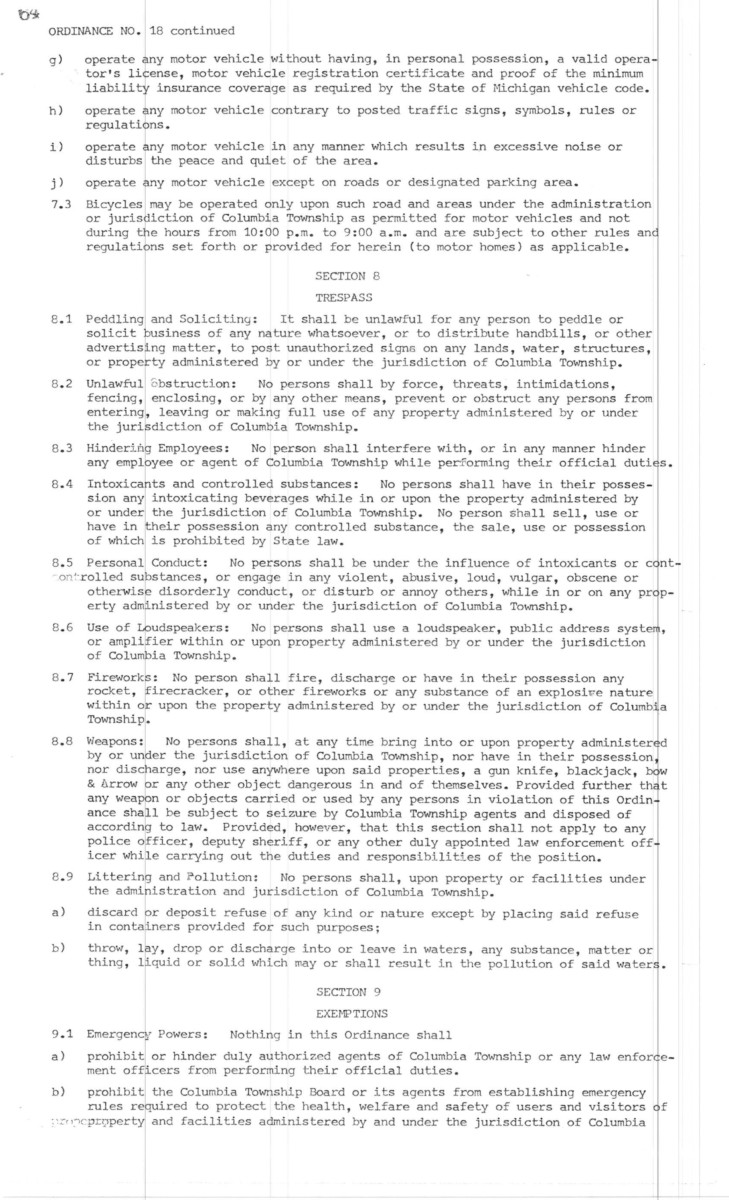 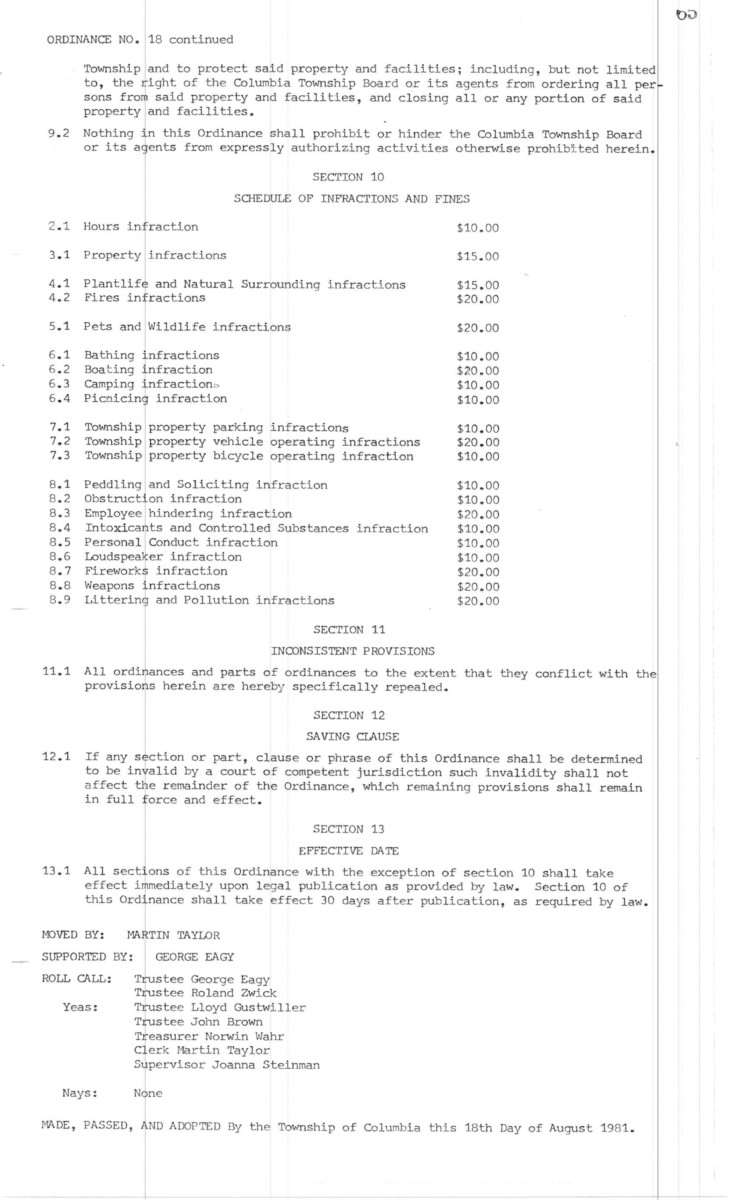 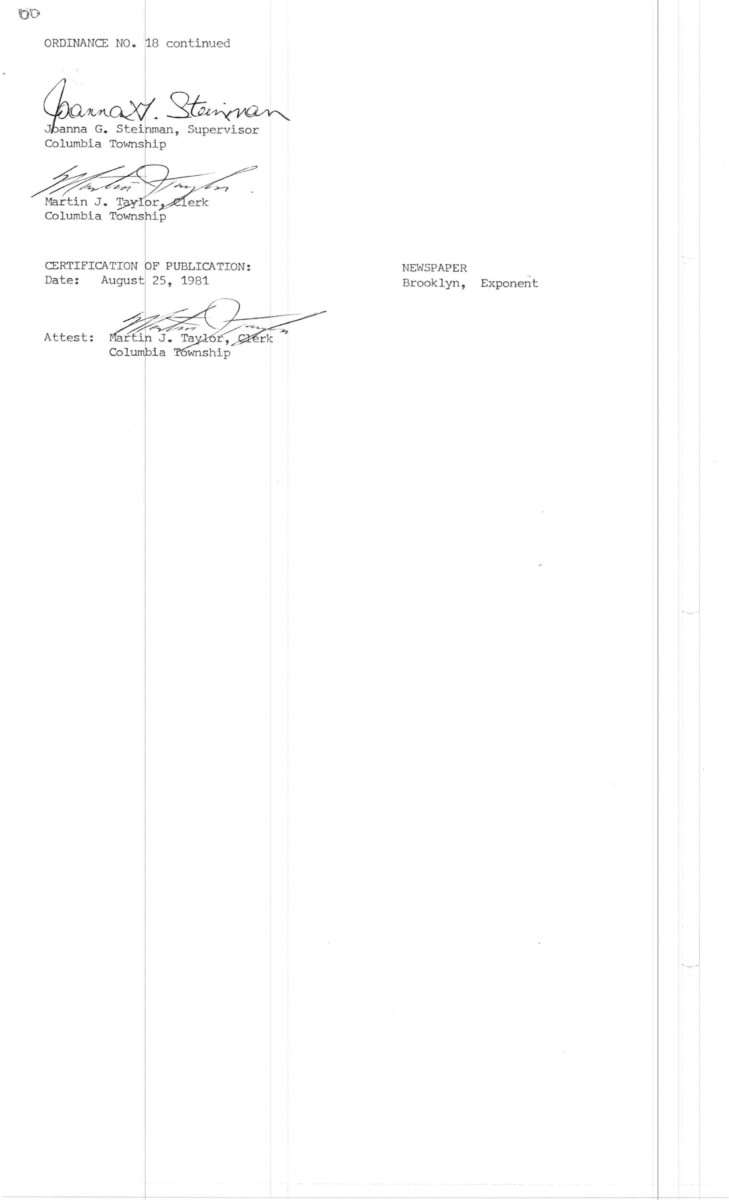