As you prepare for Thanksgiving, here’s an update on natural conditions at your favorite lake.  Over the last few days, ice has formed overnight and covered various parts of Clark Lake.  As the days became warmer, the ice was pushed around by the wind, and for the most part, melted.  Until the next morning.

Around noon on Tuesday, large areas of the lake had a thin layer of ice, as you can see in these two photos.  The first gives a view of the east end with some unusual formations catching the eye. 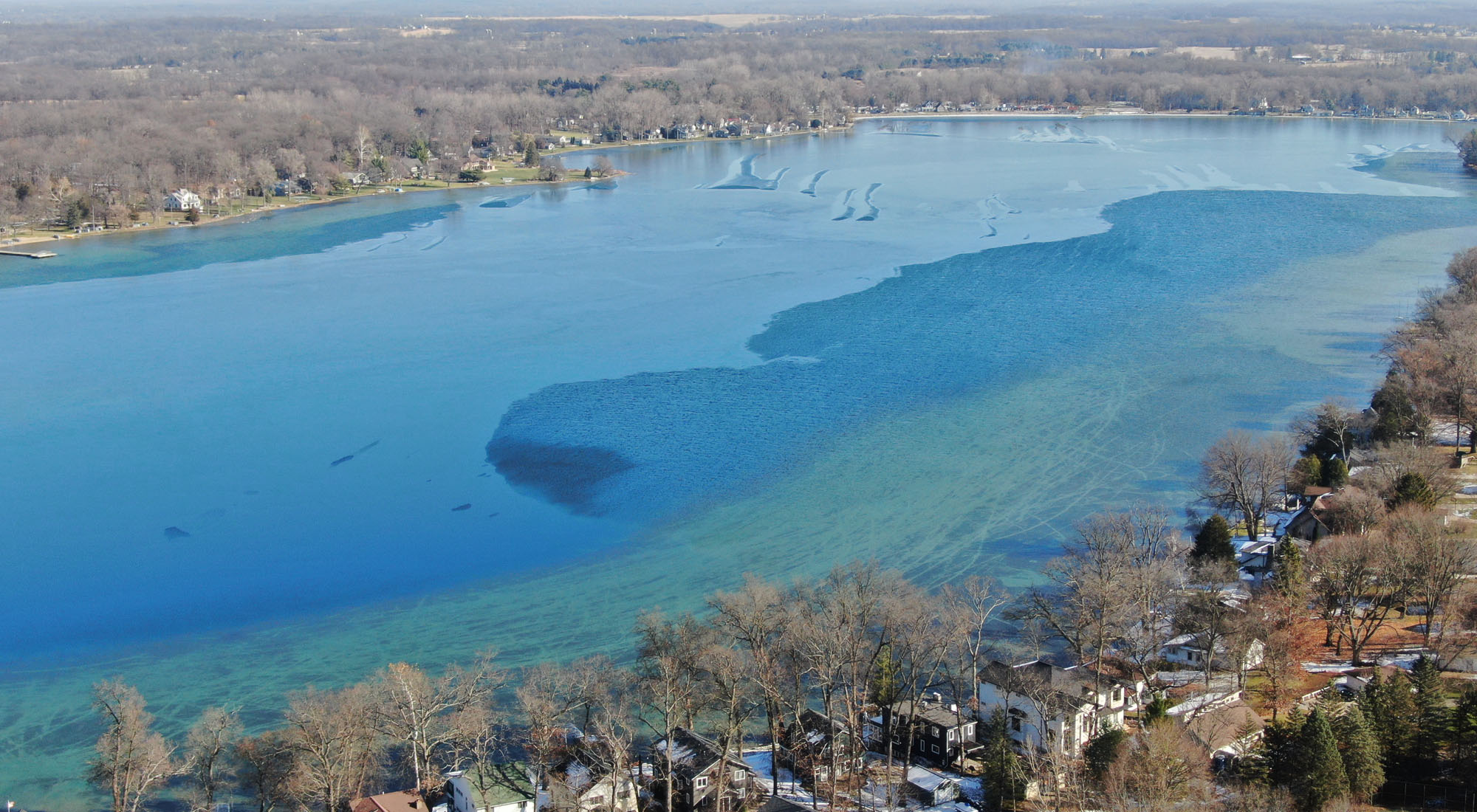 This photo, from the west end, looks toward the north shore, and shows where the ice ended and open water began. 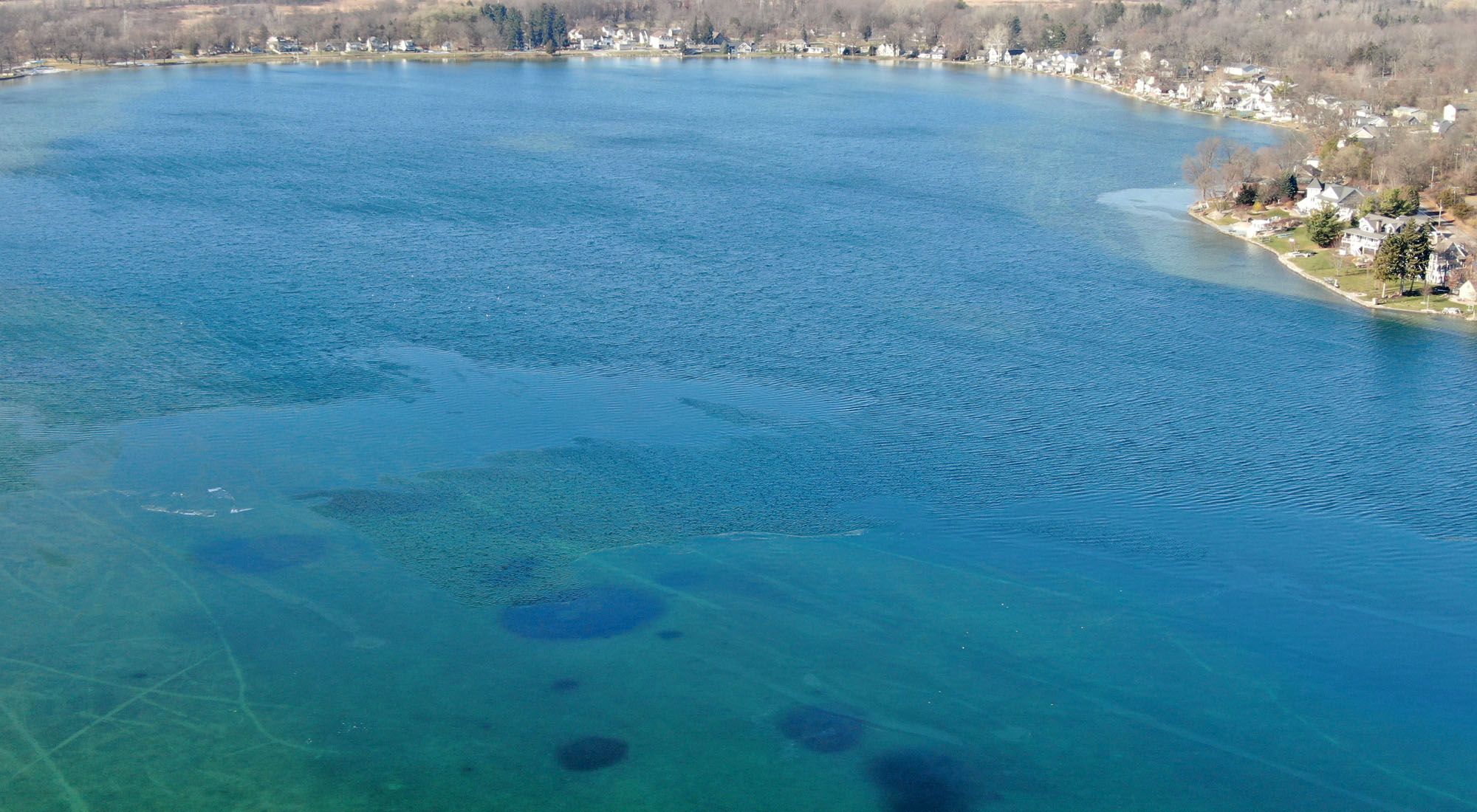 On Wednesday, a couple of boaters were on the lake amidst ice floes. 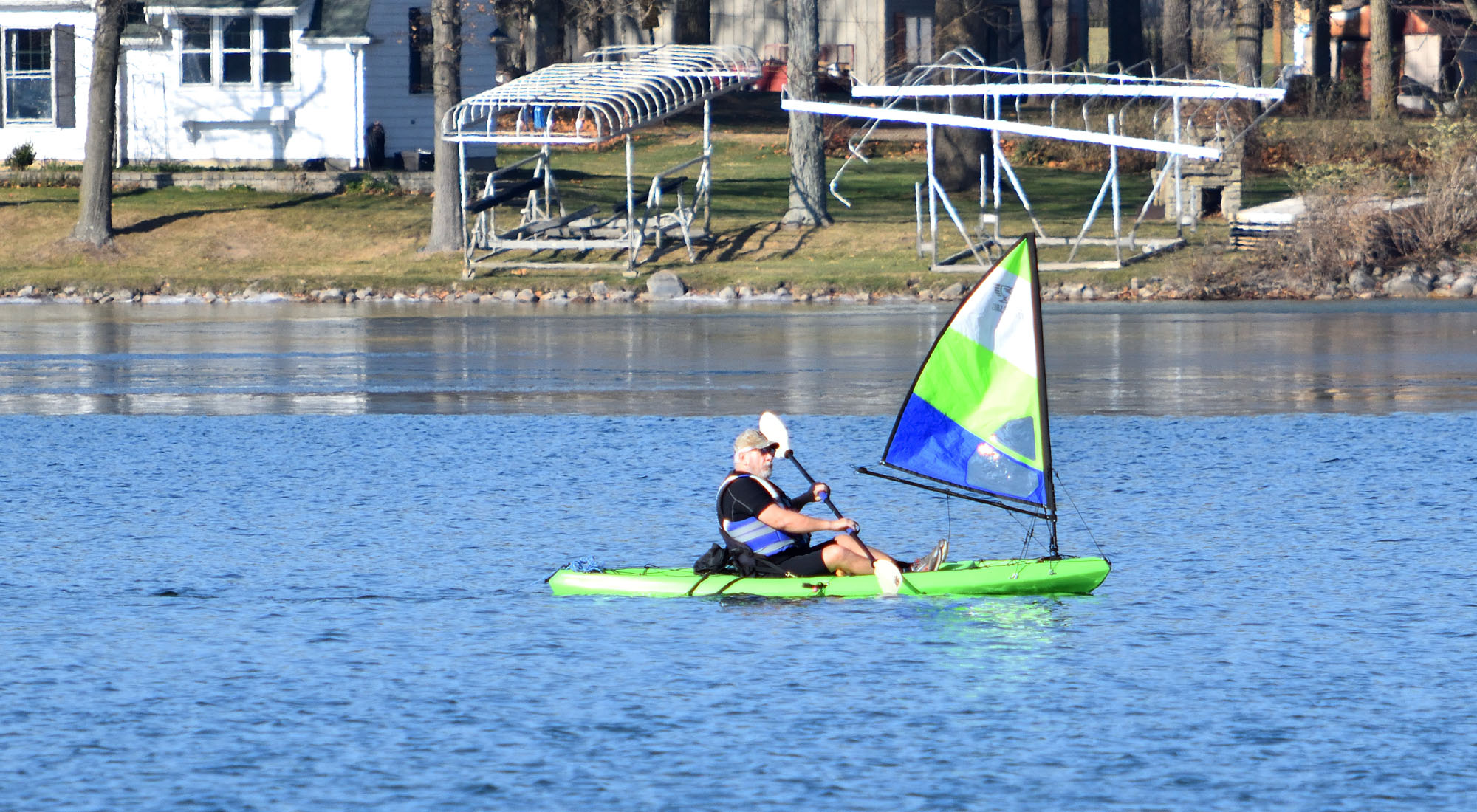 Did this boat maneuver around the ice floes or smash into them like an icebreaker? 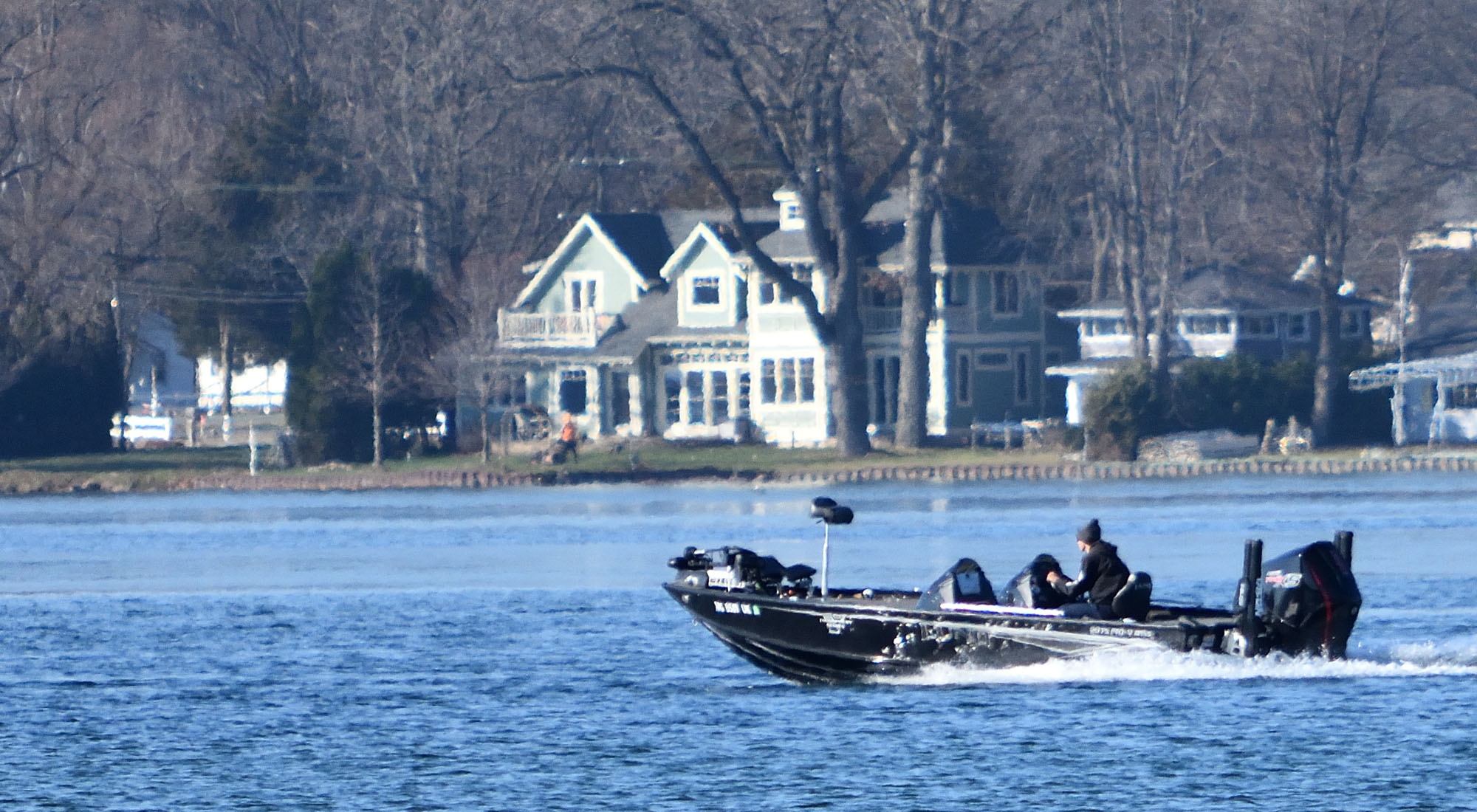 Some interesting differences stand out this fall.  Trees dropped their leaves over a rather short period of time, and were not as delayed as some other years.  Fewer docks and lifts were in the lake on November 10th compared to a year ago.  Does say something about the coming winter?