Sunset after the Storm

The storm blew in, rained hard, and then blew out leaving in its aftermath a remarkable sunset.  Here are four photos of what graced Clark Lake after the storm.

Rainbows appeared from various vantage points around the lake.  Tucker Boyers was able to photograph this one as he stood west of Mud Point, looking east. 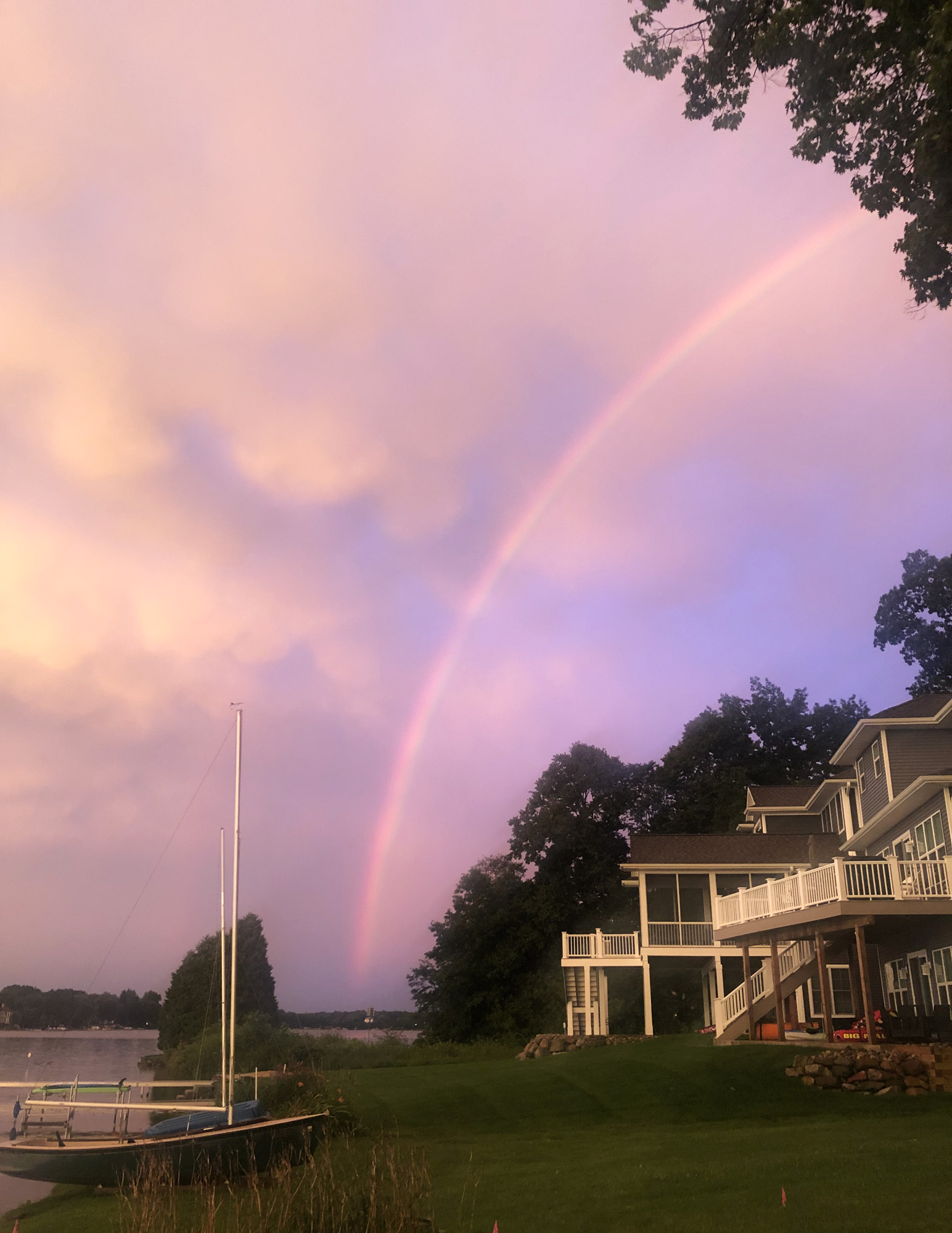 Philip Hones also captured the Clark Lake Spirit in the sky (below). 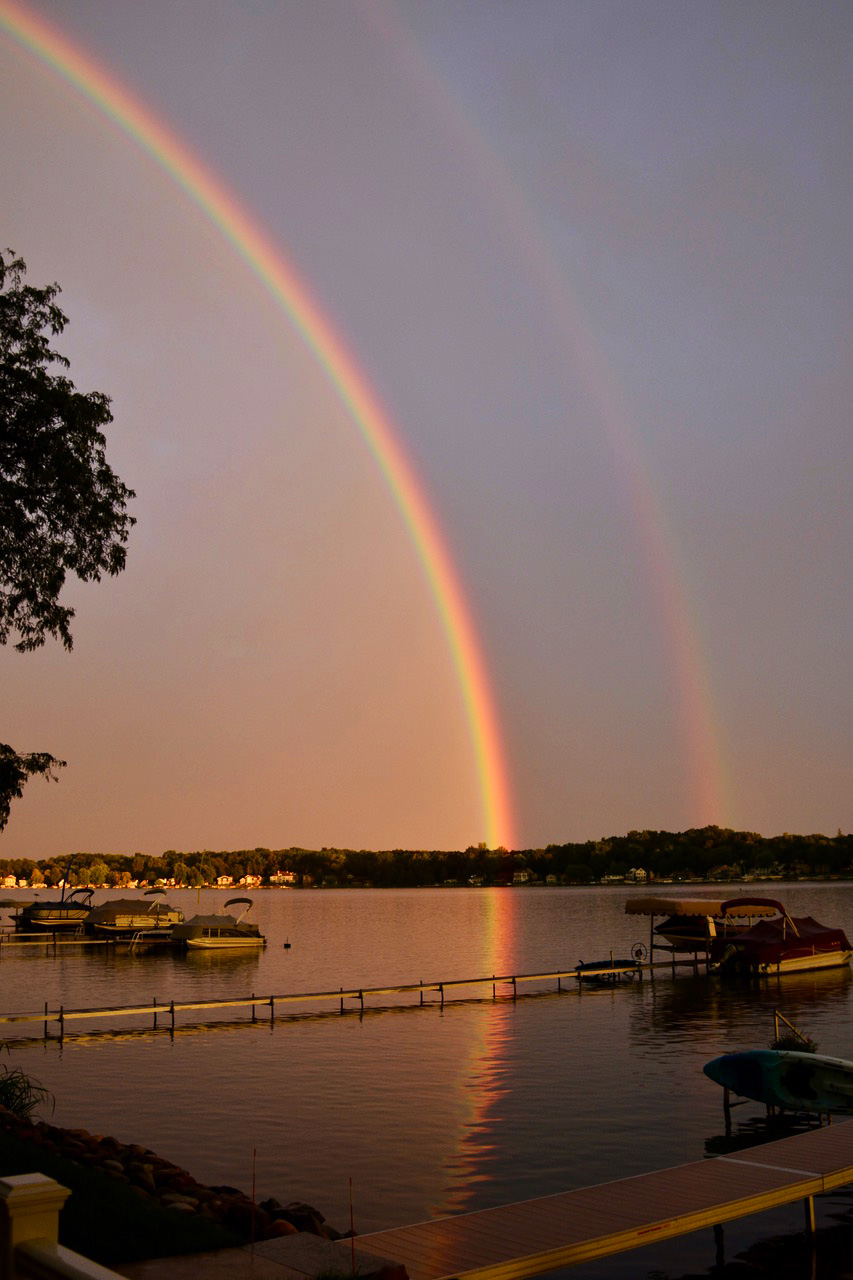 Jessica Tucker, who photographs the Polar Plunge every January, took this series from her Hyde Road location (below).

Cameras and smartphones got an active workout that evening.  Sue Wiemer took these before and after the storm photos, from the north shore west of Pleasant View.  She comments that the entire rainbow was visible from that location, but would not fit into the photo.