In a late Saturday evening statement, Consumer Energy says “almost all restoration work should be complete by the end of the weekend.”  Their outage map continues to estimate Clark Lake’s restoration as 11:30 pm today (Sunday).  In past outages, the company has beat their stated estimate.  Consumers also says the three waves of storms this week rate top 10 in their 135 year history.  The map below is from 8:15 am today (Sunday).  An observer reports power has been restored to at least the main street businesses of Brooklyn and parts of Lake Columbia.

The impact of this brutal storm was uneven.  Some Clarklakers escaped with scattered lawn furniture.  Others felt the brunt of the storm—turtled rafts or boats, docks blown apart, canopies ripped.  Falling trees and branches not only took out power, but crushed a car and caused other damage.  The Wilger’s house on the north shore, east end, took a direct hit. 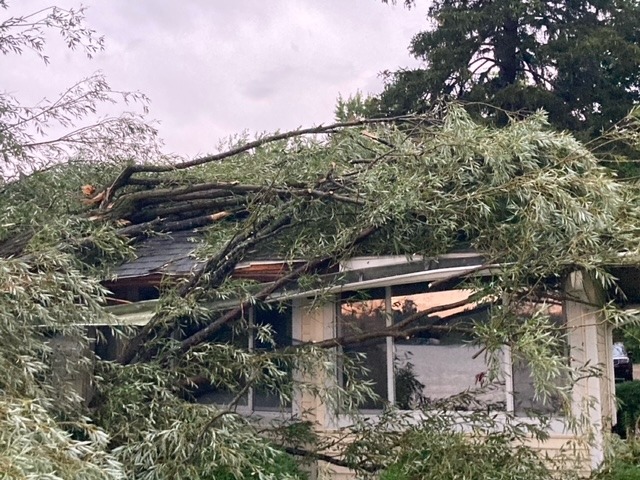 Fritz Wilger explains “it lasted only a minute, but that was enough to take down a willow tree between 150 and 200 years old.” The Wilger’s were in the house at the time, and although there was damage to the house, no one was hurt.  According to a Nest camera, the tree fell at 6:35:42 am Thursday.  The camera recorded the incident at the moment of impact from inside the house.

Here’s another look from the dock. 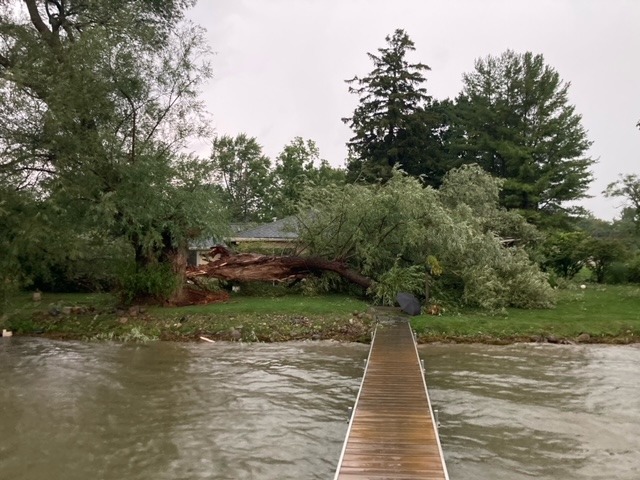 After the initial shock, Fritz surveyed the situation and found the damage to the outside also reached inside. 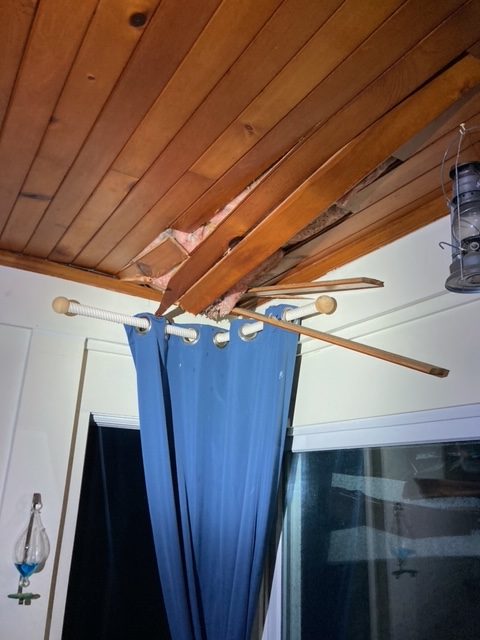 Fritz commented “…but the Stars and Stripes were still gallantly streaming…”. 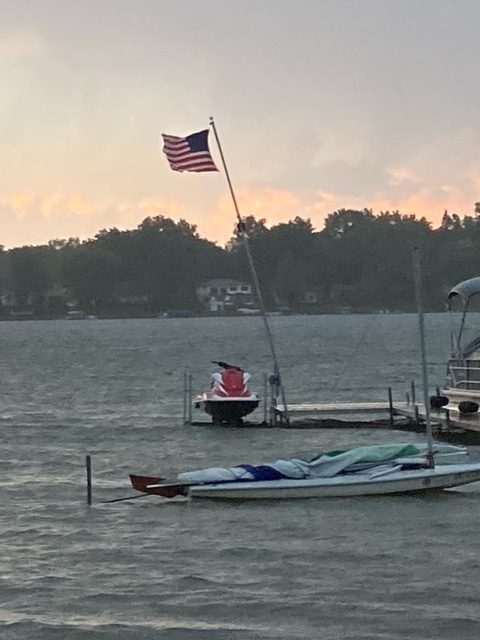 As noted, the Wilger’s were surprised but not hurt.  Nor have there been reports of injuries around the lake connected to the storm. That is our good fortune.  In this photo from Thursday, a falling tree crushed this car parked near Ocean Beach Road. 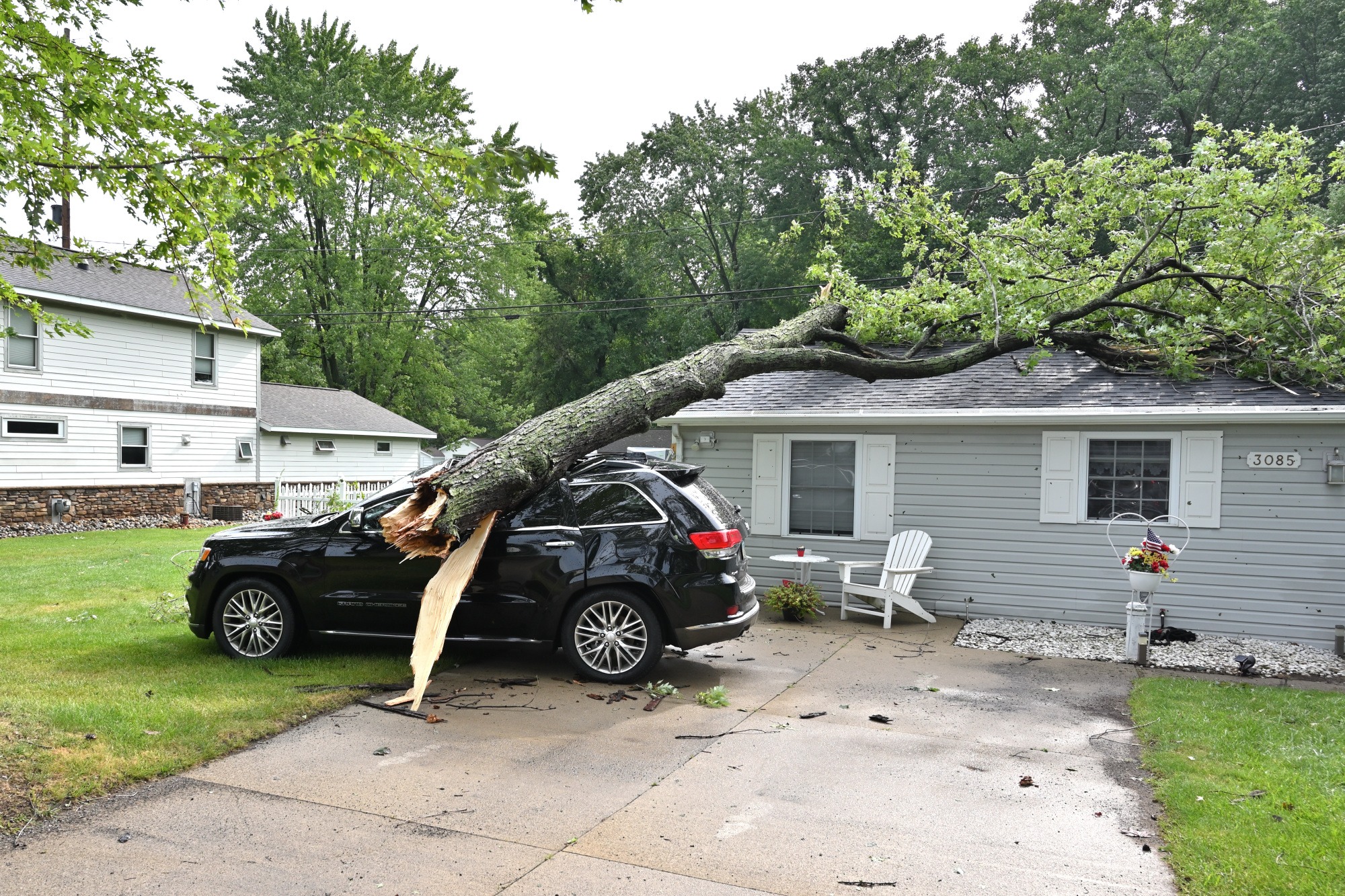 Large well established trees came down.   Consumers repaired a snapped line on Hyde Road Thursday afternoon.   A tree took out a major powerline on Grand Boulevard, and remains down this morning (Sunday).  As of yesterday, the tree affecting powerlines on Keast Drive were still down.  The following slideshow was published yesterday on this website.

This slideshow from Thursday shows damage along the shorelines.

Thanks to those who helped developed this story, including Fritz Wilger, Flip Reynolds, and Ann Swain.

Clark Lake’s Saturday night sunset was a gentle touch following the brutality of the storm and continuing cleanup. These two photos were taken ten minutes apart from different locations at the lake.  Works of art in a museum inspire individual interpretations based on the observer.  Fritz Wilger called his photo “Mother Nature’s apology.” 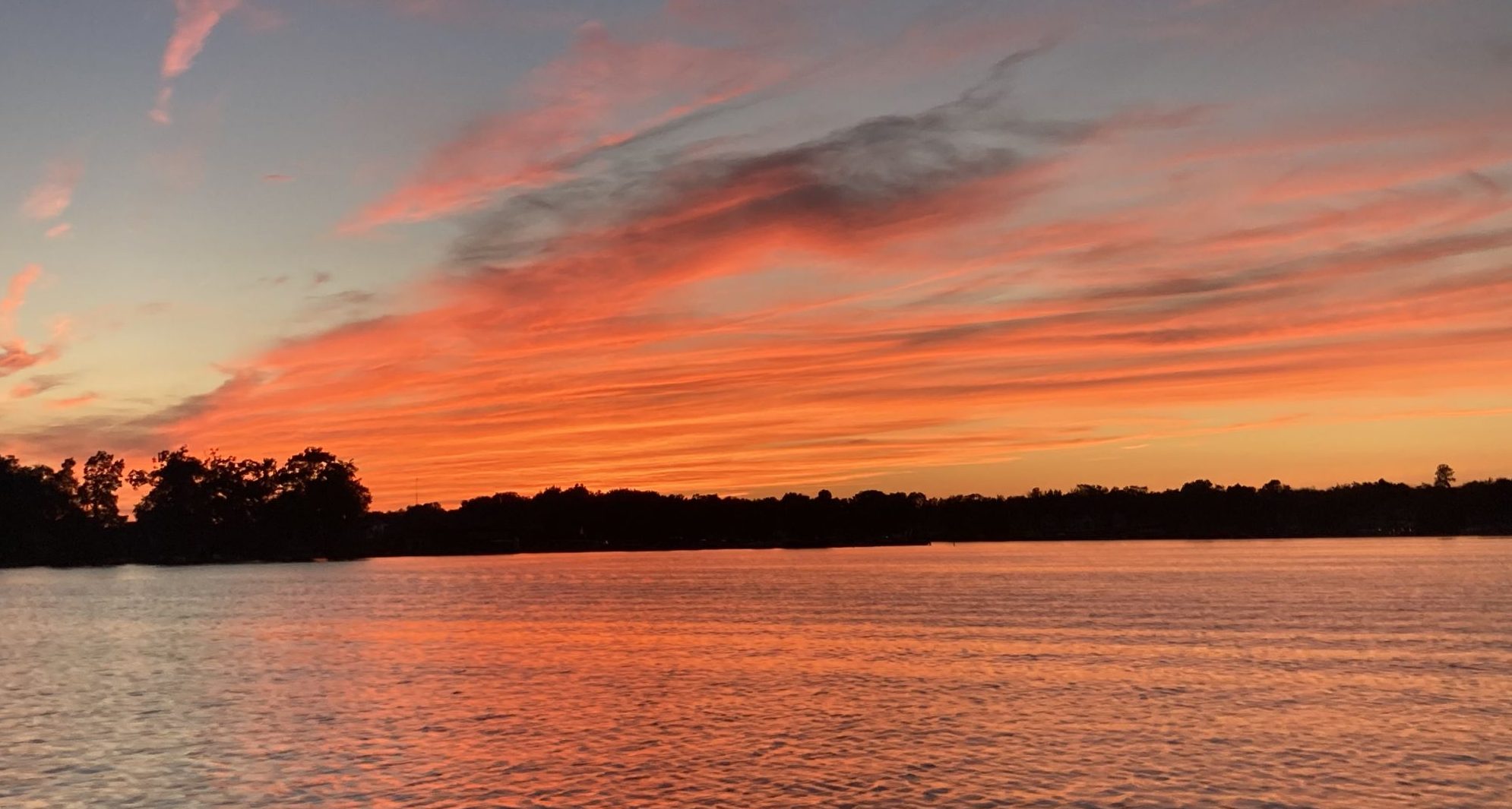 To Beckey Ligibel, the evening sky reminded her that someone who cherished every Clark Lake sunset would have approved of this one. 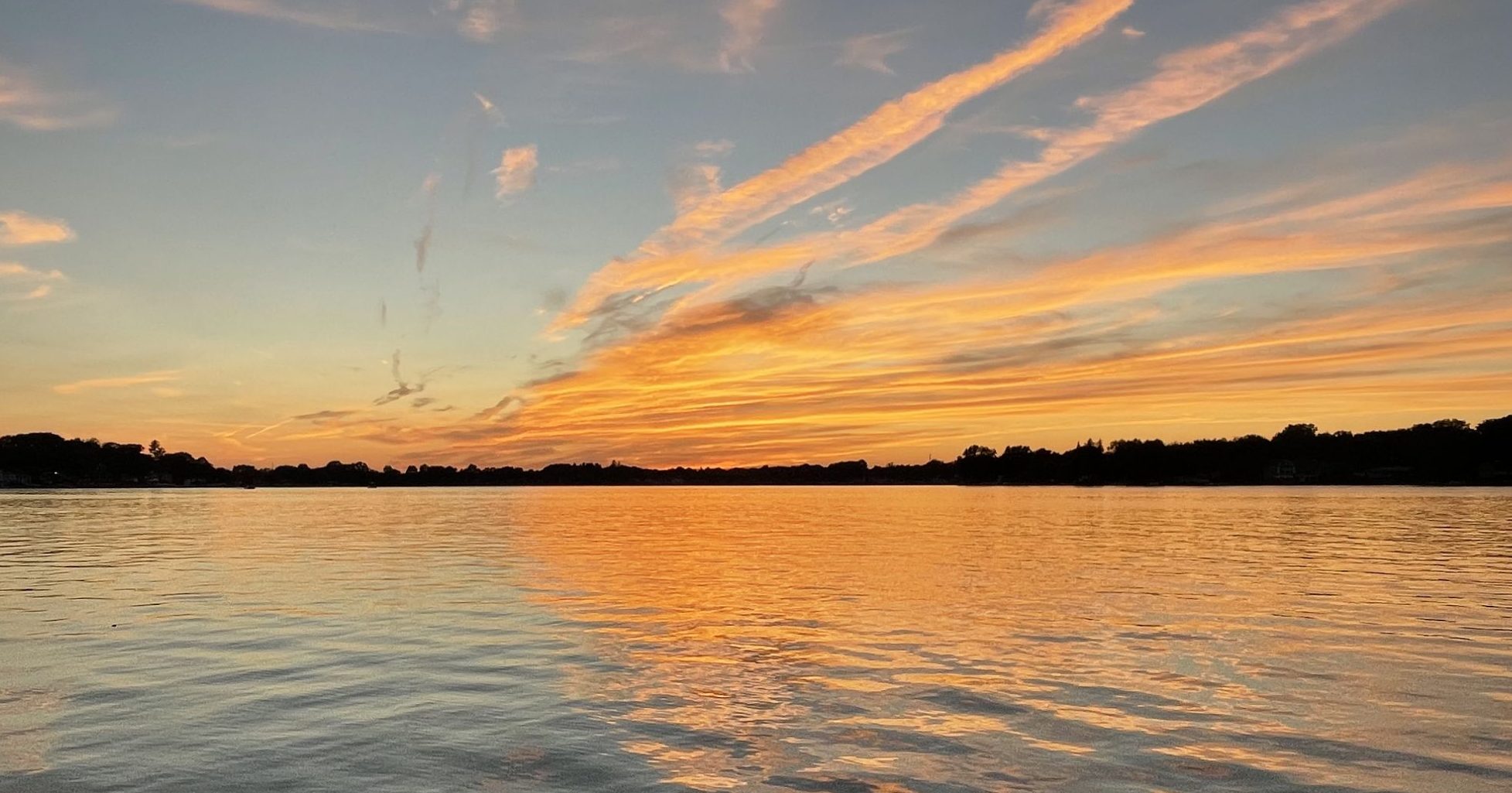