Nominations are now open for the Mary Reynolds Spirit of Clark Lake award.  The award takes the form of a plaque given out annually at the Raft-O-Rama awards ceremony.  The recipient is decided upon by vote of the community.

To nominate a person, go to the checkout counter at Doyle’s Market. Nominations are open from Friday, July 15, through Tuesday, July 26.

The award was created by Mary Reynold’s daughter, Joey Reynolds Massangale.  Joey has passed the torch to her brother, Flip.  Flip and his wife, Linda, will handle the duties from now on.

Flip says their mother quietly found ways to make the lake a better place.  She was fun loving, and cheered everyone at the lake.  Mary loved the lake, including in the depth of winter.  Even in her final days, she continued to take part in the community.  Her last Raft-O-Rama was in 1994.  This photo shows Mary (right) with friends Bev Avis (middle) and Meredith Szostek (left). 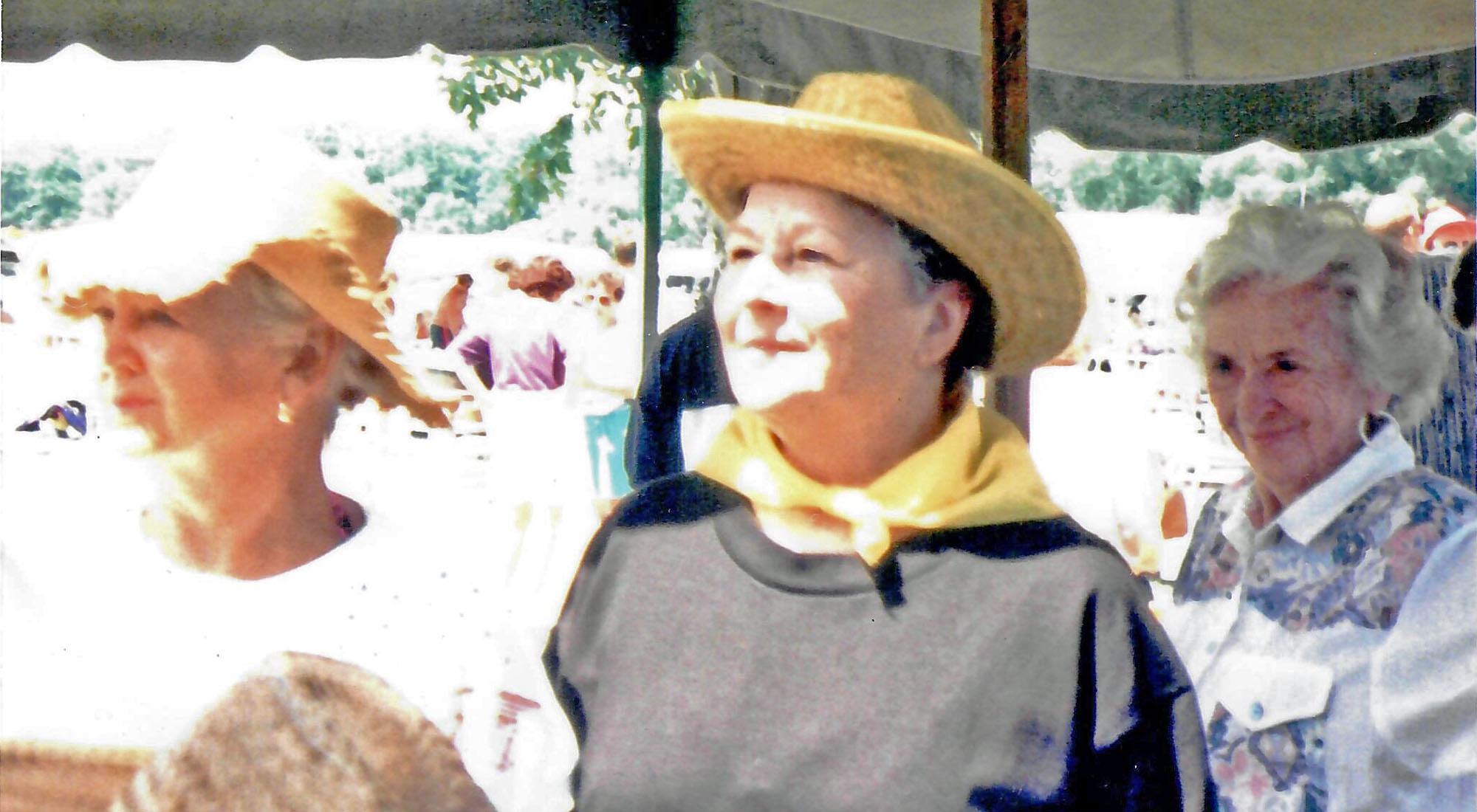