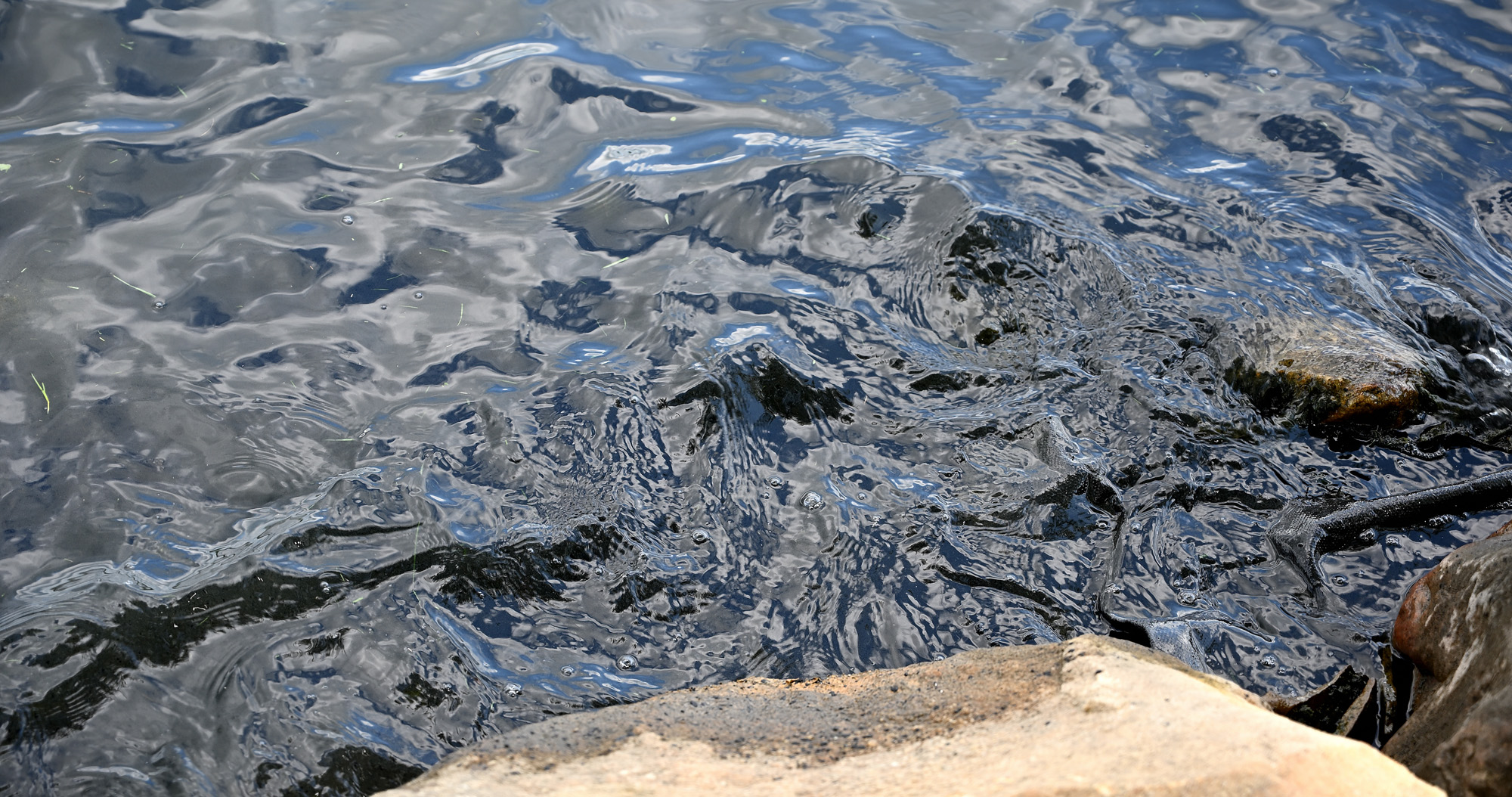 Raw sewage entered Clark Lake this morning, about 4000 gallons according to one Columbia Township official.  The spill occurred at a construction site on Q Lane, which is on the south side of the east end of the lake.  (Scroll down for the Jackson County Department of Health advisory). 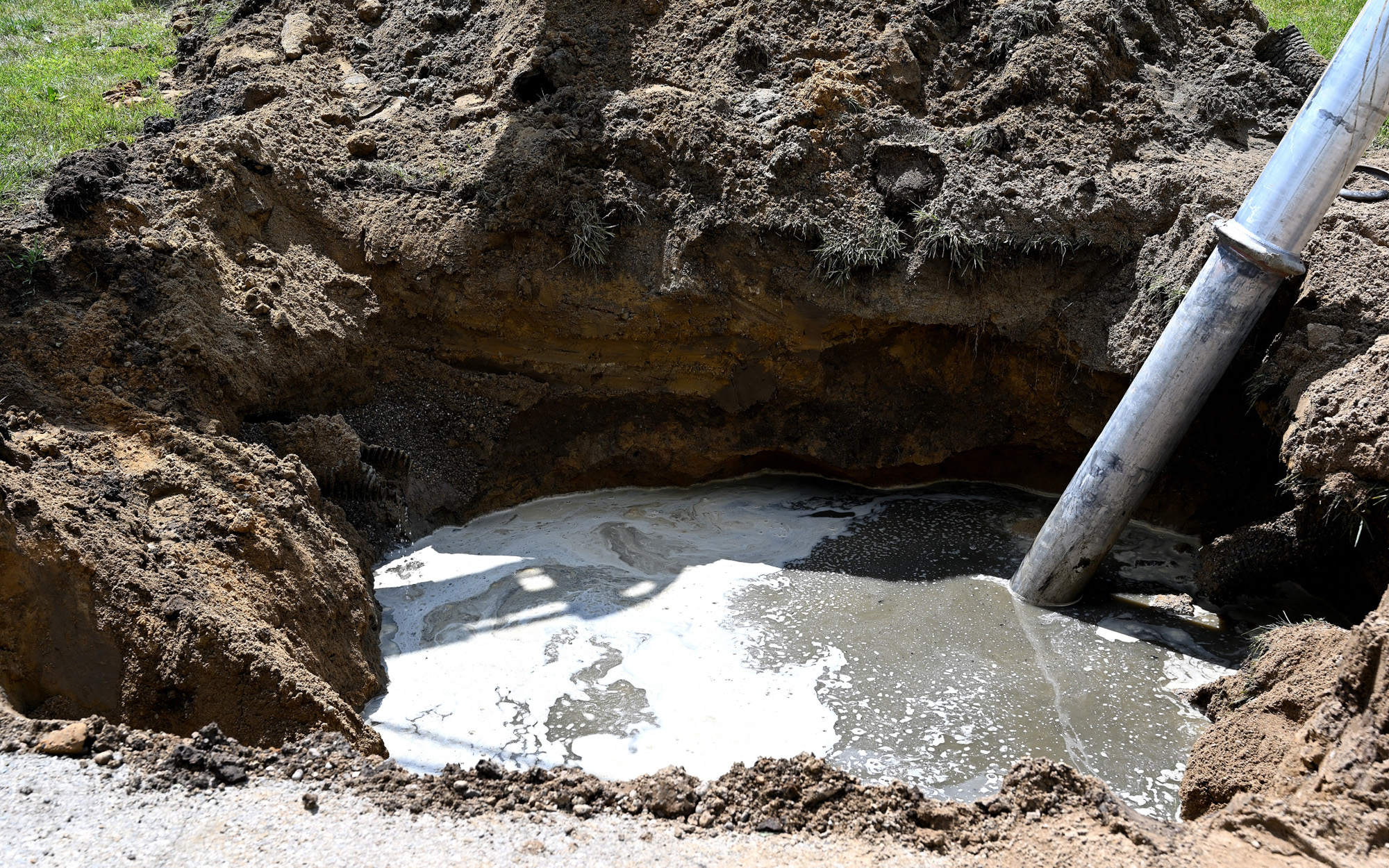 A subcontractor for Consumers Energy was drilling a conduit for electrical lines to the new home from the utility pole.  According to a person who said he worked for the subcontractor, they hit the sewer line that runs parallel with the road, and sewage erupted from it.  Township officials said the sewer line was clearly marked.  CE has confirmed that it was one of their subcontractors and apologizes “to community members for what happened.” 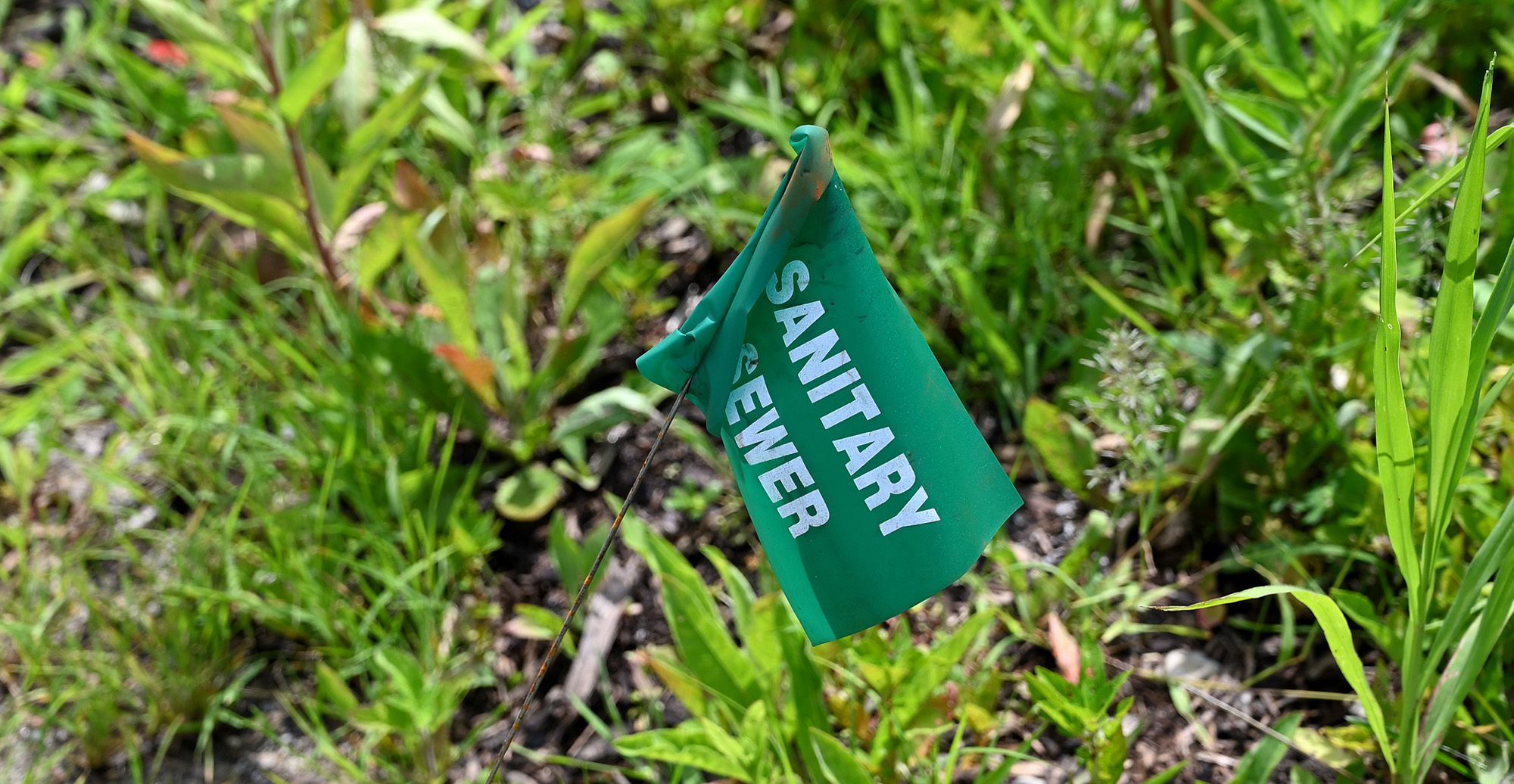 A drain to the lake created a path for the sewage to seek the lowest point.  The sewage blackened the water defining what was sewage and what was clear water.  The sewage appeared to be moving east, probably because the only outlet for Clark Lake water is the dam.

The Brooklyn DPW, responsible for the sewers, was on the scene.  Keith Kotsch commented on what was in the effluent.  “It’s a liquid mix of what goes into the sewer system—what drains from the shower or laundry for example.”  It also included waste from toilets, and that was evident by the smell. 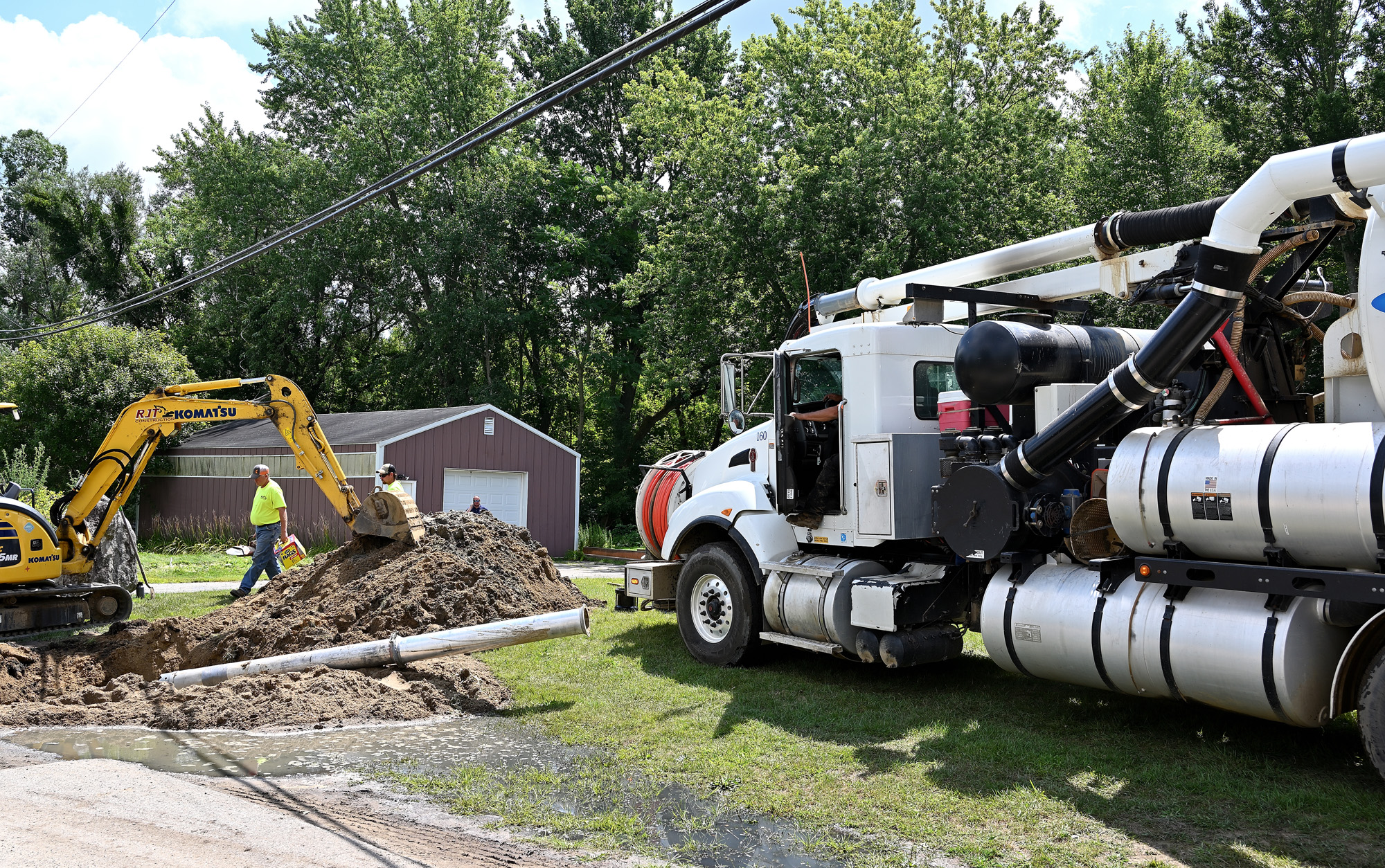 The DPW brought in a contractor to vacuum the effluent out of the hole where the break occurred. 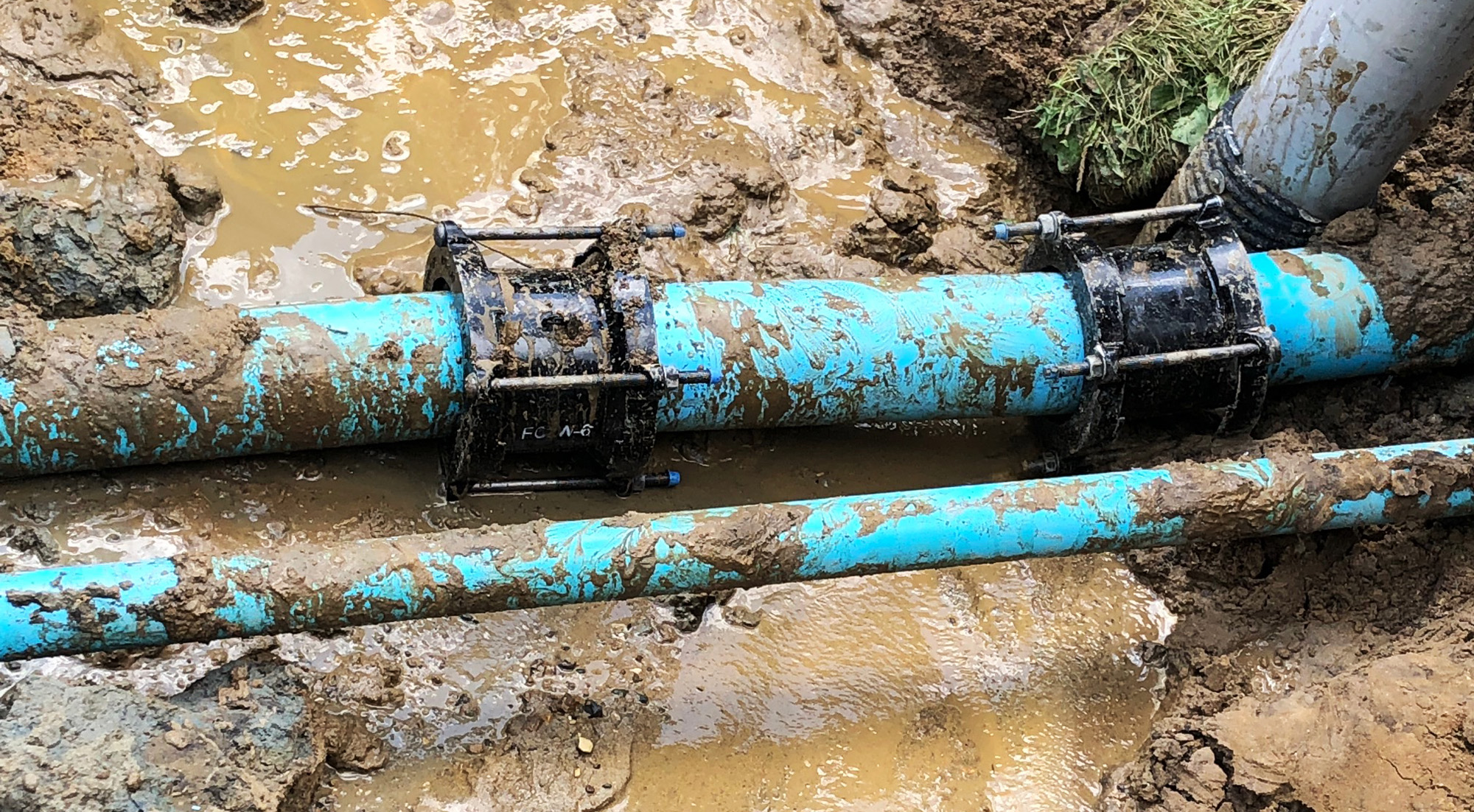 As of 2 pm today, the sewer line has been repaired.

The Jackson County Health Department has issued an advisory for the area from Eagle Point to the east end of the lake.  They recommend avoiding body contact with the water.  Boating and fishing is okay, but suggest washing afterwards.  Water samples are being sent to a lab.  There is a 24-hour turnaround to get the results.  How long before the all clear?  Don Hayduk, director of environmental health, comments “a lot depends on which way the wind blows.  Right now it’s blowing from the west and that should push the affected area toward the east end of the lake.” 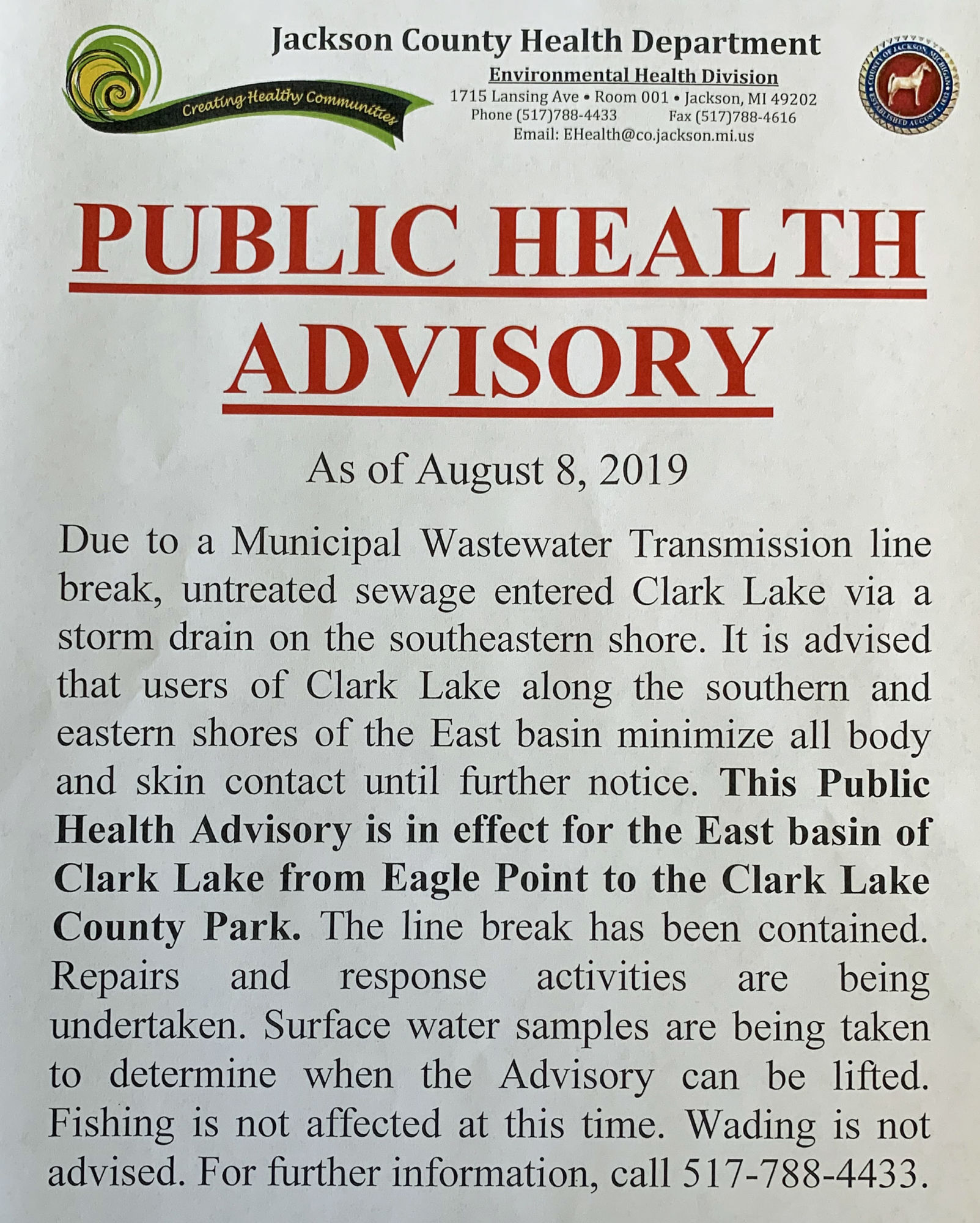 When will the water be safe?  It’s the Jackson County Health Department who will make a determination when or if the lake is safe for swimming and other uses.

Claire Dijack is an analyst for Michigan Department of Environment Great Lakes & Energy (EGLE) also known as the DEQ.  She was at the site and indicated their office will follow up with the DPW and others.

Other officials rushed to the scene including Columbia Township Supervisor Bob Elrod and Trustee Flip Reynolds.