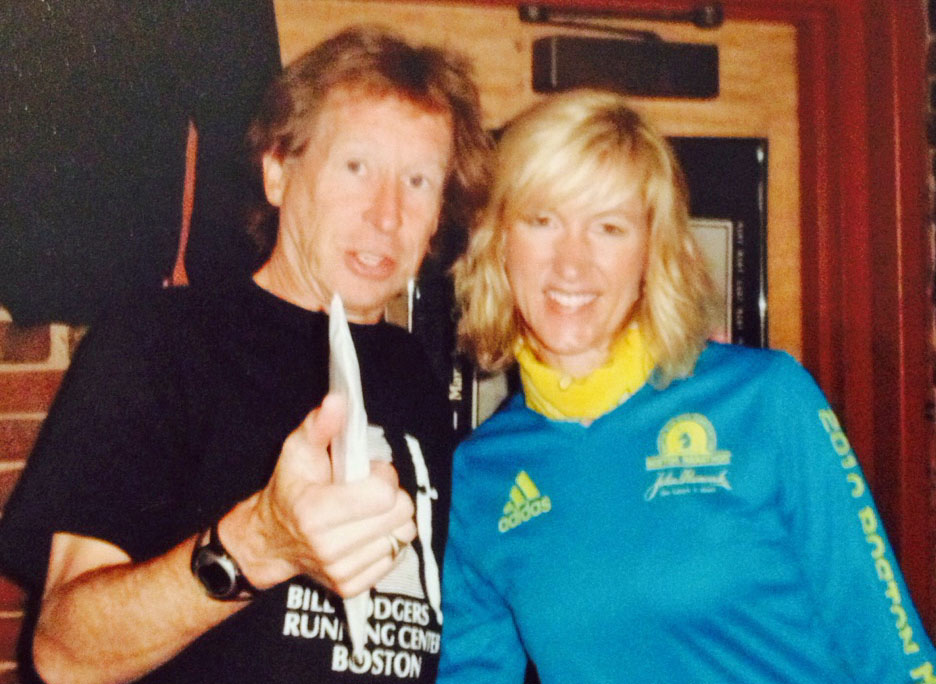 Bill Rodgers and Sheri Bush at the 2010 Boston Marathon.

Bill Rodgers, aptly described as the greatest American marathon runner of all time, plans to run in the August 1st 12k at Clark Lake.  Bill Rodgers, author of “Marathon Man” is active in many races, but why Clark Lake?  Sheri Bush advanced the idea in 2010 at the Boston Marathon.  “Would he come to Clark Lake and run in our race?”  Sheri says she met up with Bill at several other races and “kept the idea in front of him.”  In the photo to the left, Bill Rodgers holds the written invitation delivered by Sheri at the Boston Marathon.  Five years later, the wish comes to fruition here at Clark Lake.

Avid runners and those who want to learn more about the man and the sport have their chance to interact with him during the preregistration on Friday, July 31 from 6 til 8 pm.  This takes place in the patio area of the Beach Bar.  Bill Rogers will take to the stage and field questions.  He also plans to bring along autographed copies of his book which will be available for purchase. 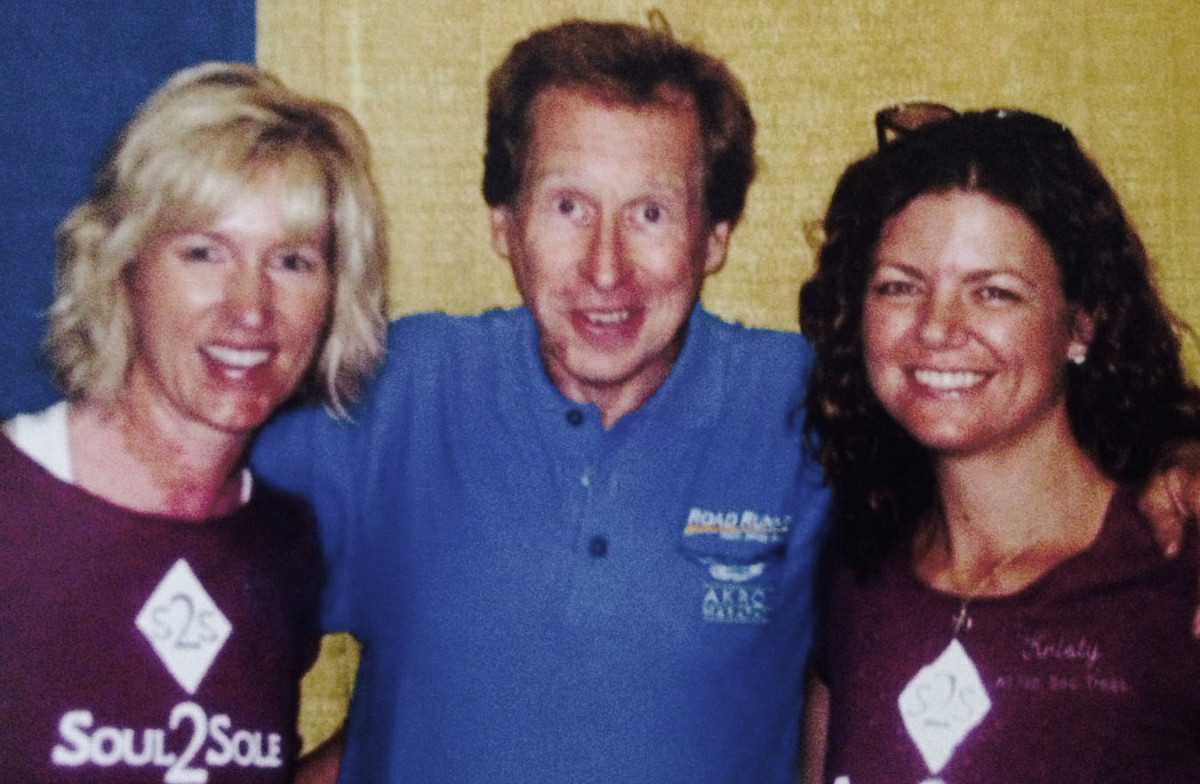 Run Clark Lake takes place on Saturday, August 1st, sandwiched between the Friday night Raft-O-Rama Fireworks and the Raft-O-Rama itself on Sunday.

You can get further information including a downloadable entry form at www.runjackson.org or www.runsignup.com/clarklake.

Below is an info sheet produced for the event.  Scroll down further to find the race course. 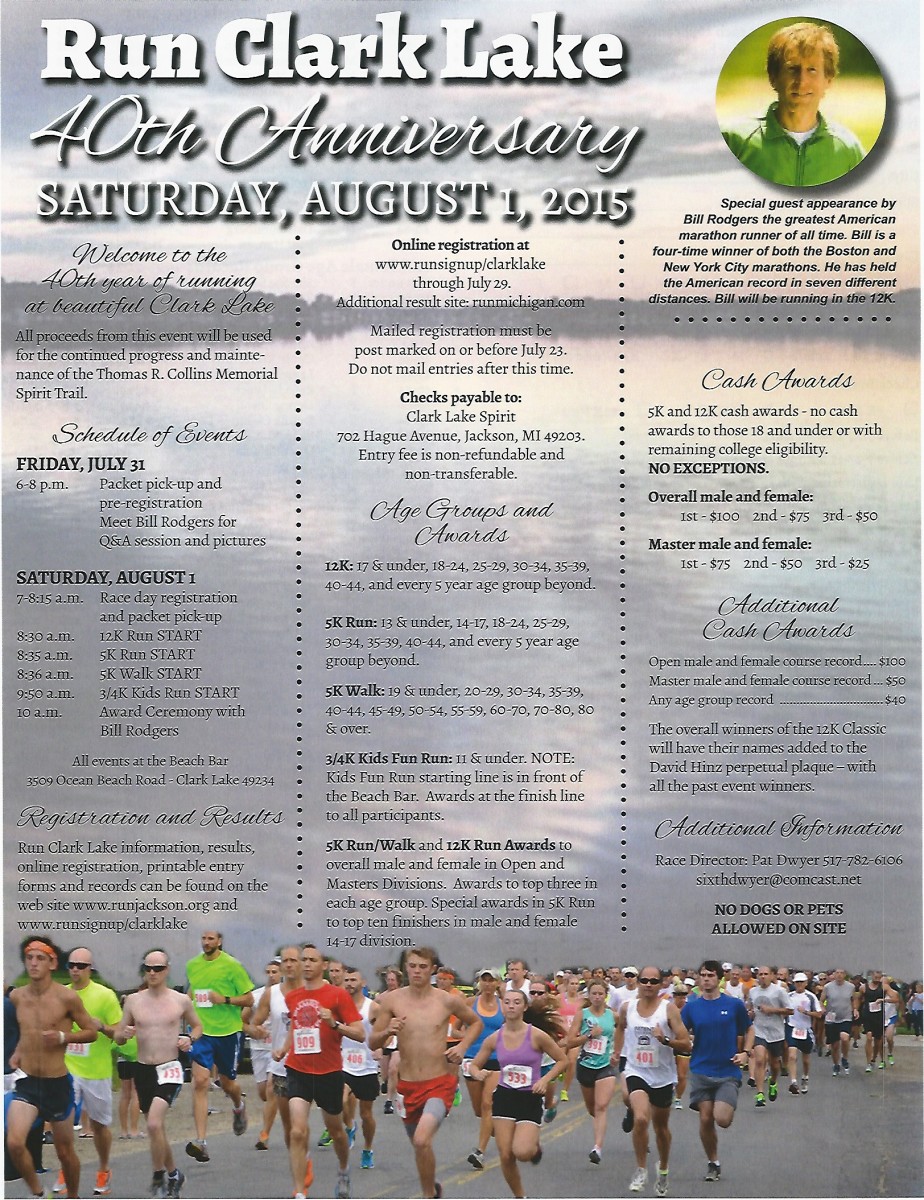 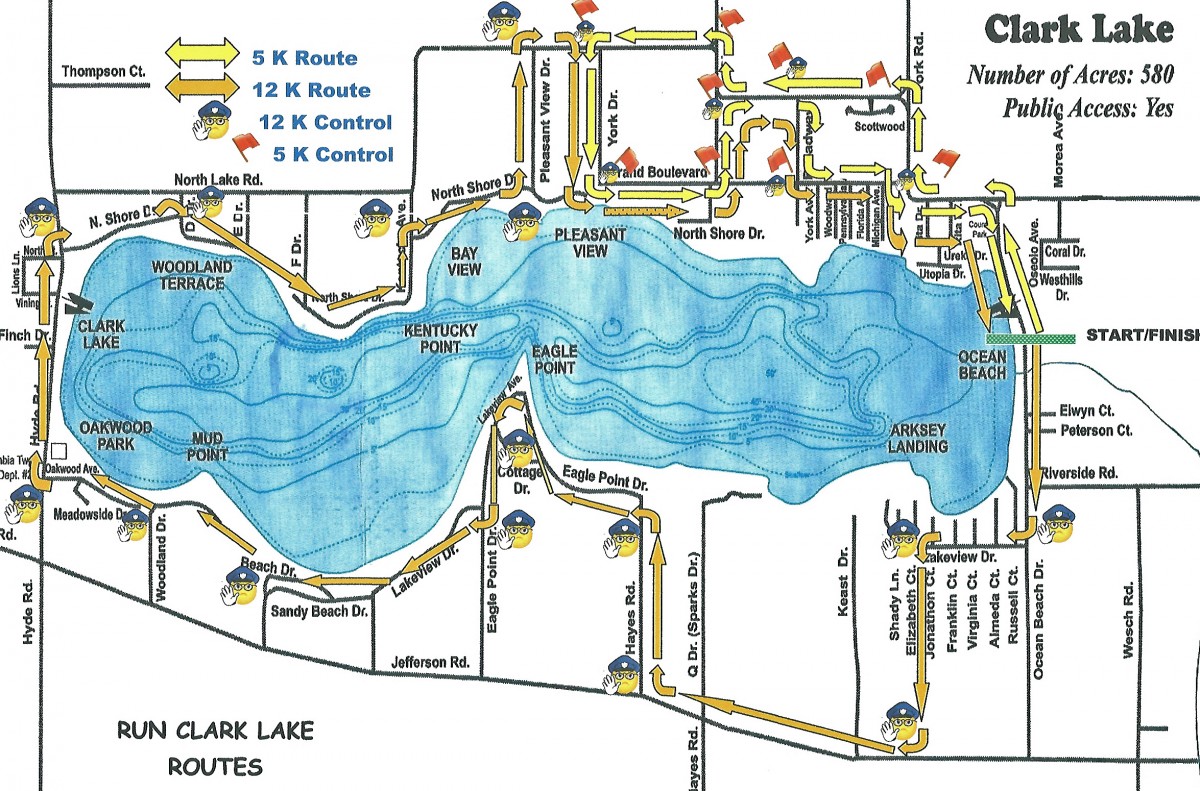