As Clark Lakers look forward to the exciting Raft-O-Rama weekend, why not take a look back in time?  After all, this year’s theme is the 1960s, in recognition of Raft-O-Rama’s 60th anniversary.

Flashback photos of Raft-O-Rama tend to be scattered—stuck between pages in an old phone book, pinned to a bulletin board, or in an old basket underneath a chair. Often recovered photos leave the finder wondering about the theme or year. Not so at the Boyers residence.  Tucker and Tricia’s Raft-O-Rama tradition goes back three decades.  They have the photos, organized by year, to back it up.  They are generously lending these photos for scanning and presentation on this website.  Three years are featured in this article. Stay tuned for more.

In the stairwell leading upstairs, the Boyers have carefully documented their winnings on their wall-of-fame. 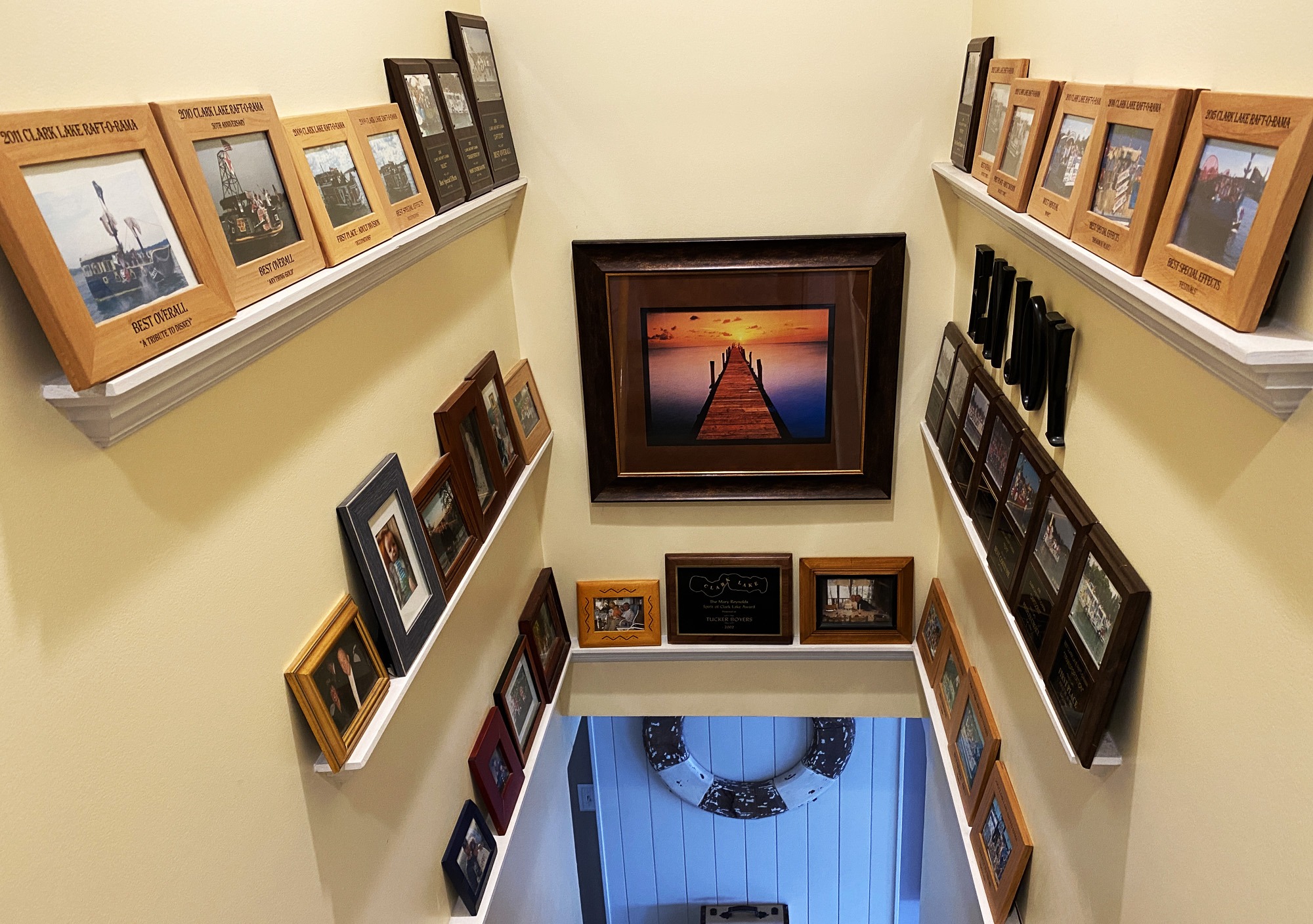 Raft-O-Rama is about taking fun seriously.  Enjoy the competition, but win it.

Borrowing some of the Boyers’ treasure trove, here are highlights from three years.  In 2008, the theme was music.  Here’s how the sounds looked.

In the 2007 the theme was transportation.

At the turn of the century in 2000, the theme was Decades of the 20th Century.

To learn more about how Raft-O-Rama has grown over the years, read about George Svinicki who had an outsized influence on this event, but on other Clark Lake activities and projects.  Click here for the tribute dedicated to him.

Need info on Raft-O-Rama?  These links can help.

Starting in 2014, this website covered Raft-O-Rama extensively with photos of the entries, standings and winners.  To find a specific year, type Raft O Rama followed by the year in the search bar.

A big weekend is coming up: