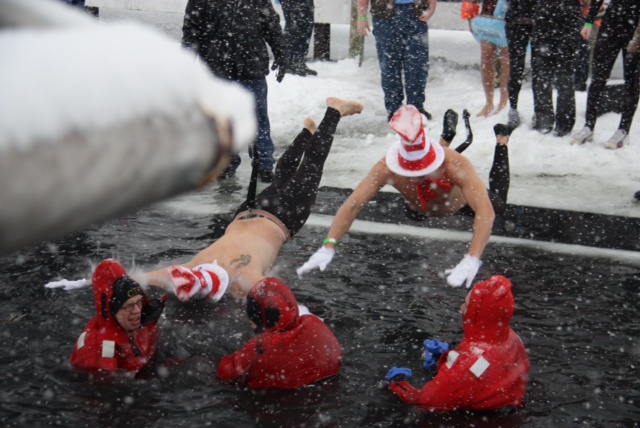 B J Lee and Jesse Meston take the plunge!

Over 150 took advantage of a frigid winter day Saturday to jump in the lake for the 2014 Polar Plunge.  The event took place at Eagle Point, which is about the only place at Clark Lake where it could happen.  The open water around the Point is courtesy of the bubblers that prevent ice from forming around the docks and provided the needed open spot.   But just because the water was open, that didn’t make the water any warmer.

What was the day like for spectators and participants?  Sally Lyons, who rounded up the photos below, said with “snow falling and the air not too cold, it seemed like a winter wonderland.”  There was a warming tent for those who preferred to watch from a somewhat warmer vantage point.

The ice around the lake is about a foot deep according to John Calhoun who drilled through the ice with his new power auger that he invested in for ice fishing (see a related story under Natural Encounters).

The Polar Plunge benefits Special Olympics.  See anyone you know below…and if so, has he or she thawed out yet? 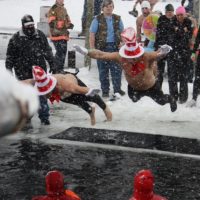 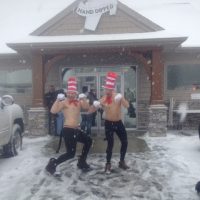 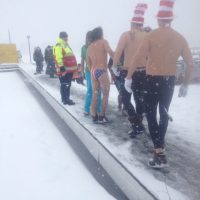 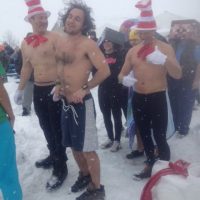 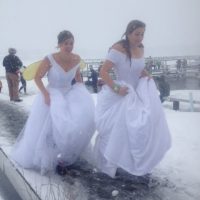 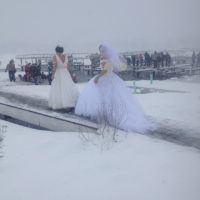 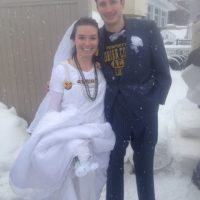 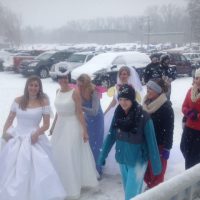 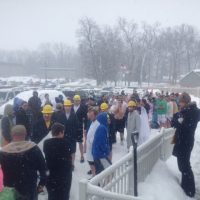