For nearly a quarter-century, players have competed to be longboard champs in the Clark Lake Shuffleboard League.  During the season, the competitors meet every Thursday evening.  The 2017 Championship Playoffs took place today at the Beach Bar.  The winners?  They are teammates BJ Lyons and Brad Beyer. 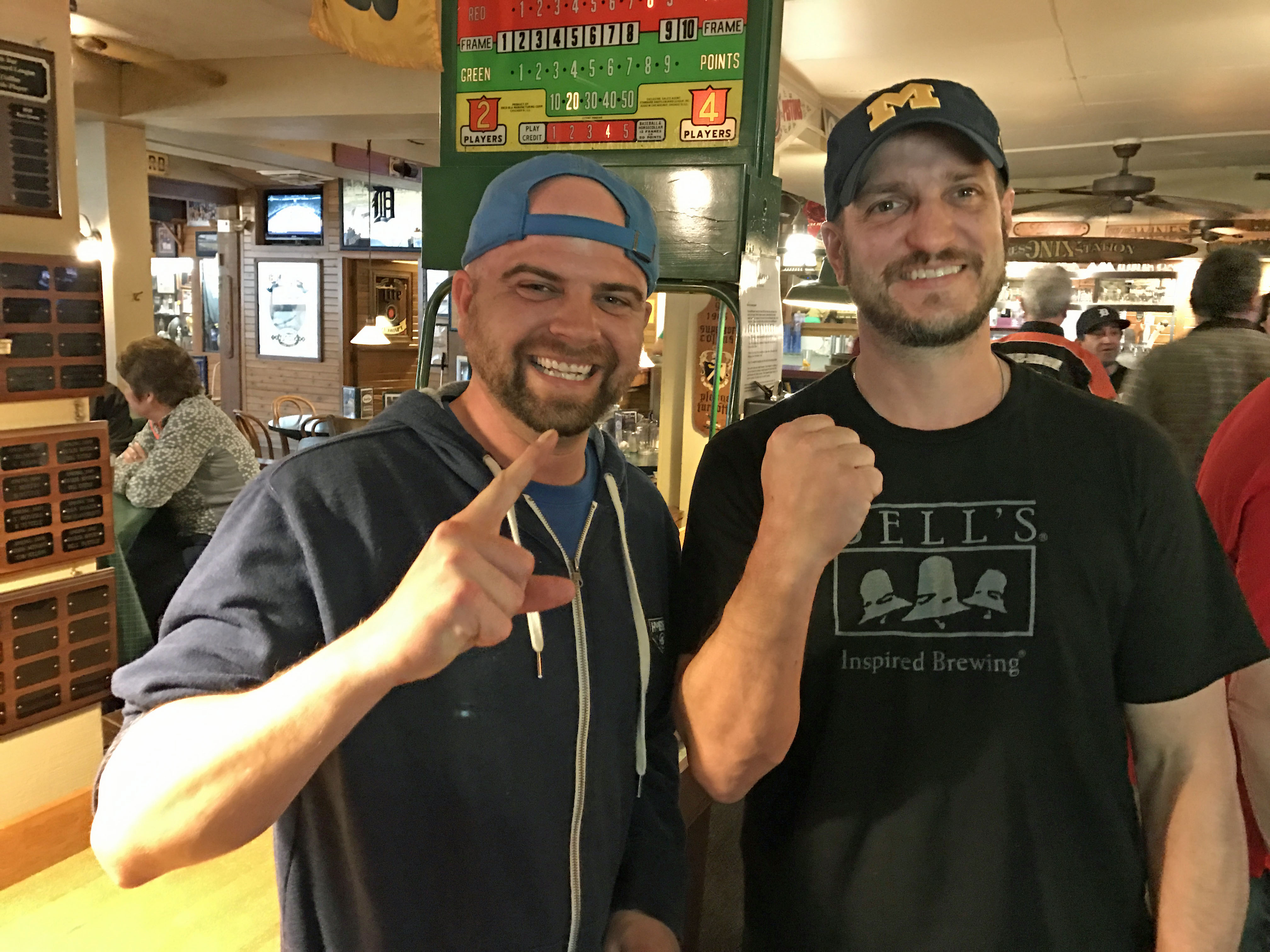 BJ and Brad, part of the Blue Division, competed in the championship round against the Red Division’s John Menard and Tom Nelson.

Here is the scoring for today’s competitions. 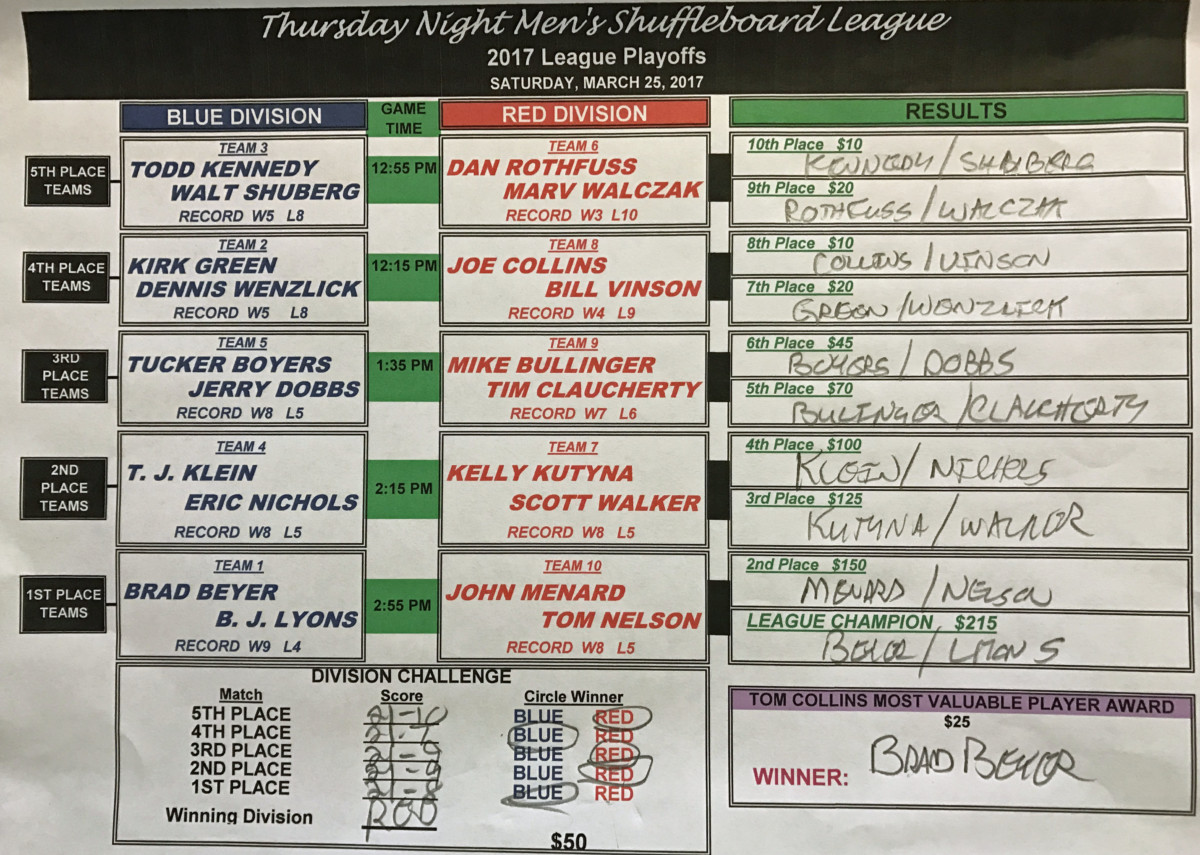 So what’s this league all about?  Joe Collins and League Commissioner T.J. Klein explain.

Along the way, there were special moments.  On his last pitch, Tucker Boyers challenged the crowd.  Then commentators Pam Chmiel and Meredith Szostek comment on Tucker’s play.

Your team scores by getting the puck as close to the end of the board as possible.  And if your opponent’s puck is closer than yours, then you attempt to push theirs off the board.

Here’s a look at the first place teams in action.

In these photos, you’ll see some of the other players–and spectators who were there to watch the action.

And of course, there was a lot of attention on the moment the top prize was awarded.

Below is a review of champions going back to the year 2000. 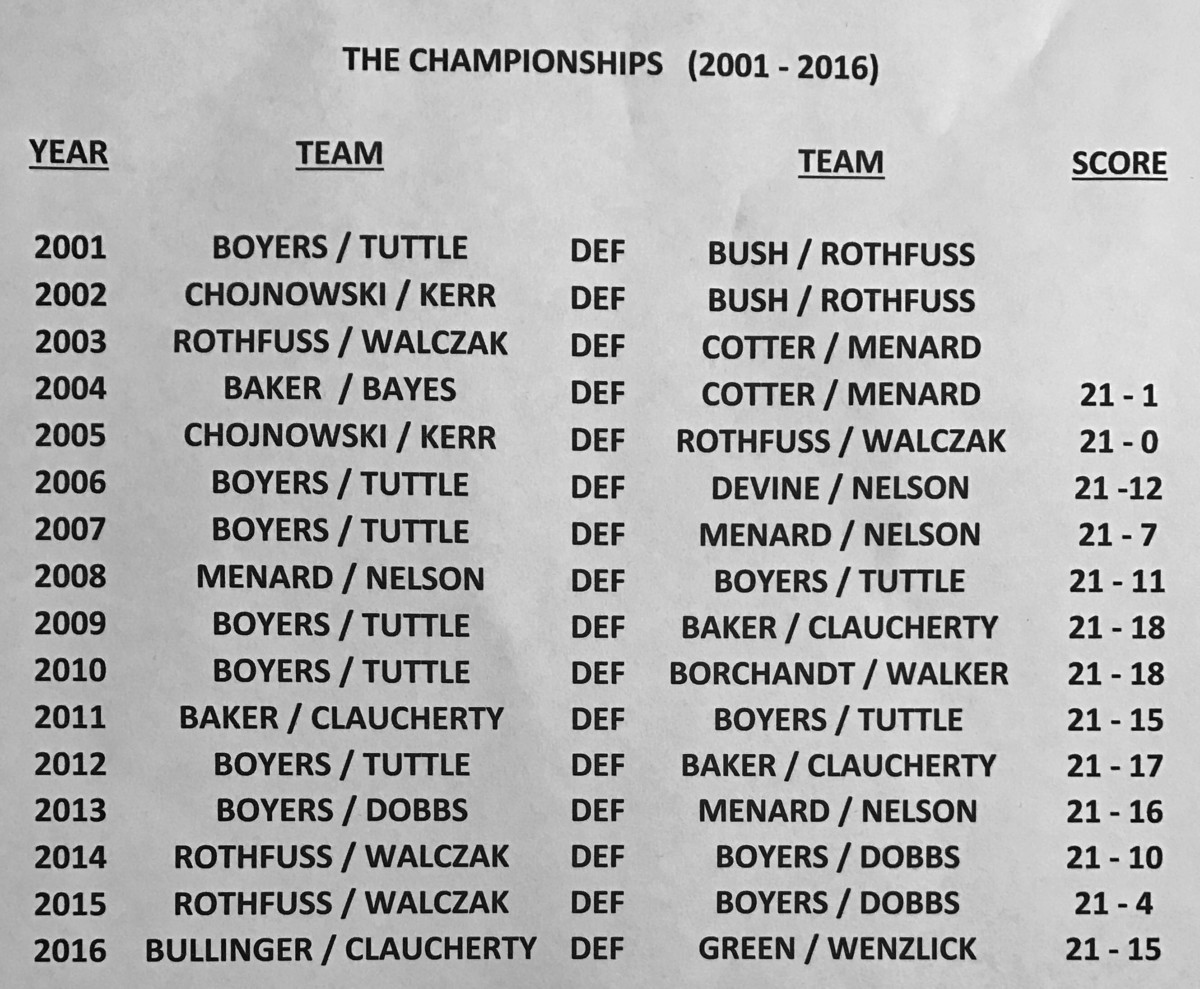