Live Music on the Lake

That gentle sax and melodious voice emanating from the Eagle Point cove this evening did not come from a CD or iPhone blue-toothed to a speaker.  It was none other than a person who has performed frequently and garnered high praise at the Eagle Pointe Bar & Grill.  Instead of his typical surroundings, Benny Poole stepped onto a raft with a small speaker to accompany his repertoire of standards. Benny, who is 88, adapted quickly.

David Nichols made it happen.  He wanted to add a special kick to the Independence Day weekend.  The Nichols-Bentley family, relations, friends and neighbors were the beneficiaries all along the cove.

The skies darkened, and radar showed a storm was moving toward Clark Lake.  But as long as Benny played, all was well. 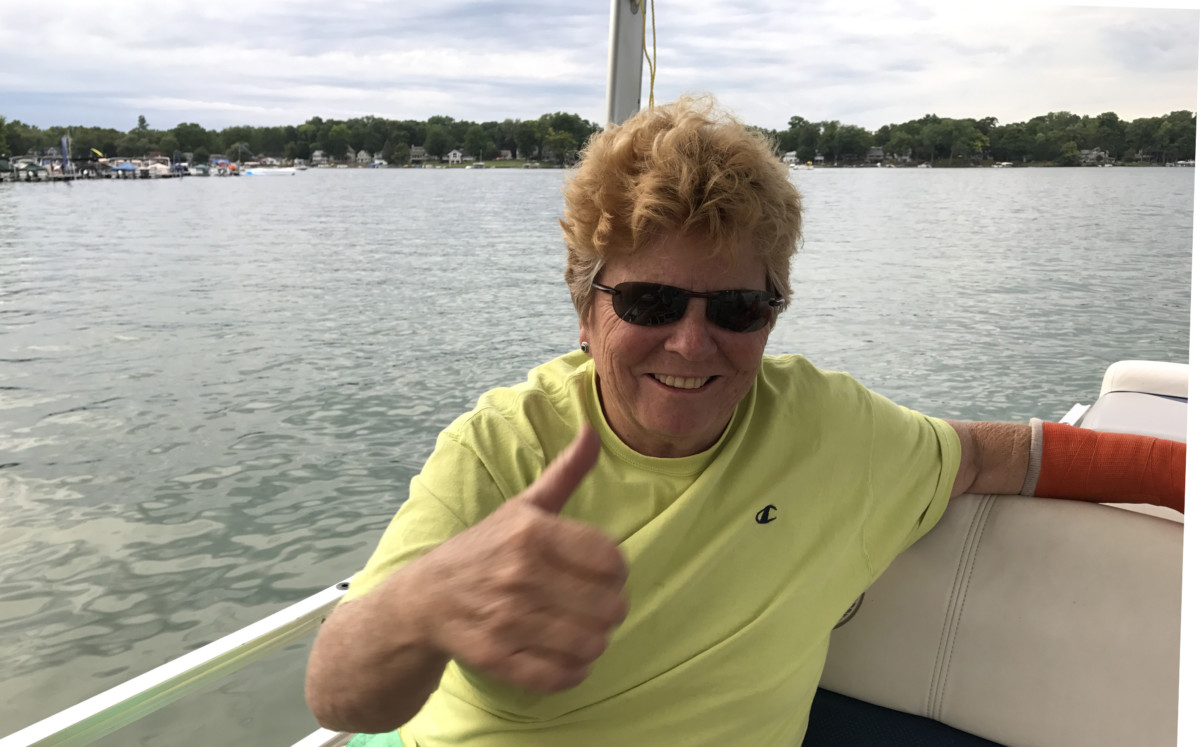 Your reporter chose a precarious perch to bring this story to you, but managed not to fall into the lake… 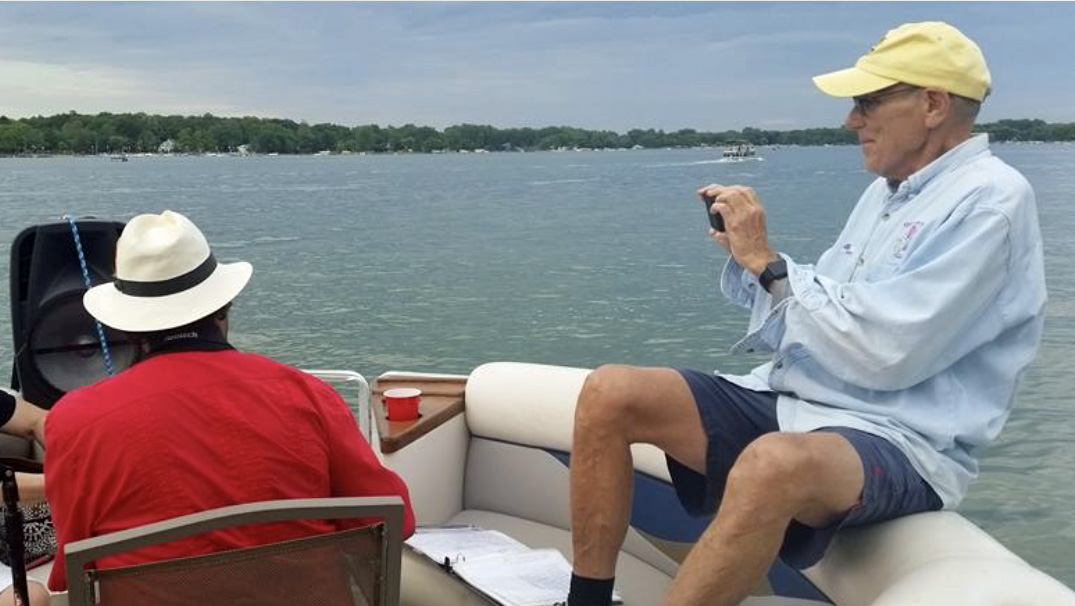