It’s no exaggeration to say Clark Lake was at its finest today.  The weather was spectacular—plenty of sunshine, warm but not hot, humidity low, and a pleasant breeze.  Most importantly, the Clark Lake Spirit was at a high.  Thirty-one of the lake’s finest young athletes gathered to compete in the Kids Triathlon.  The event is the joint effort of Raft-O-Rama and the Clark Lake Yacht Club.  Here they are. 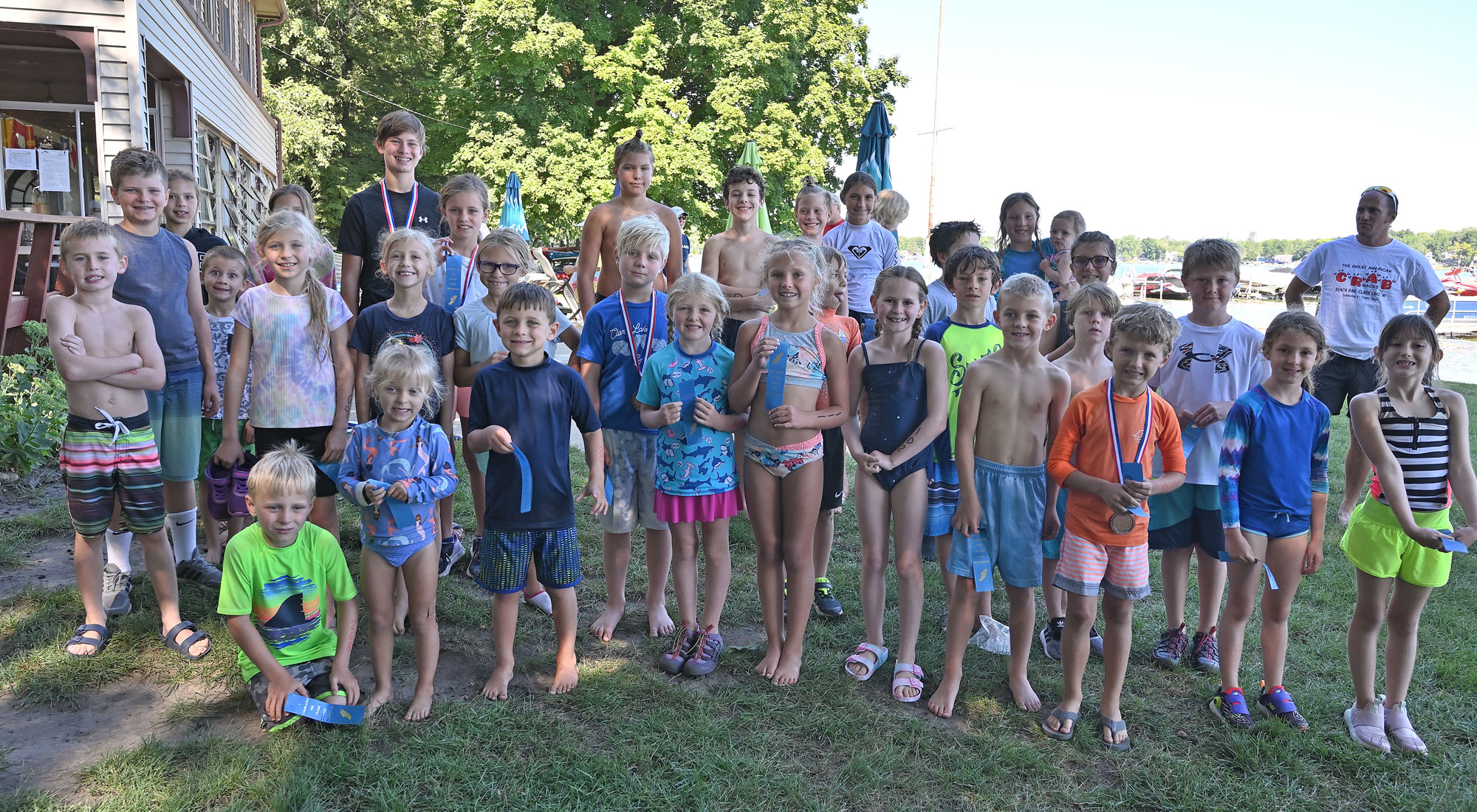 Parents and grandparents joined the kids for this group photo. 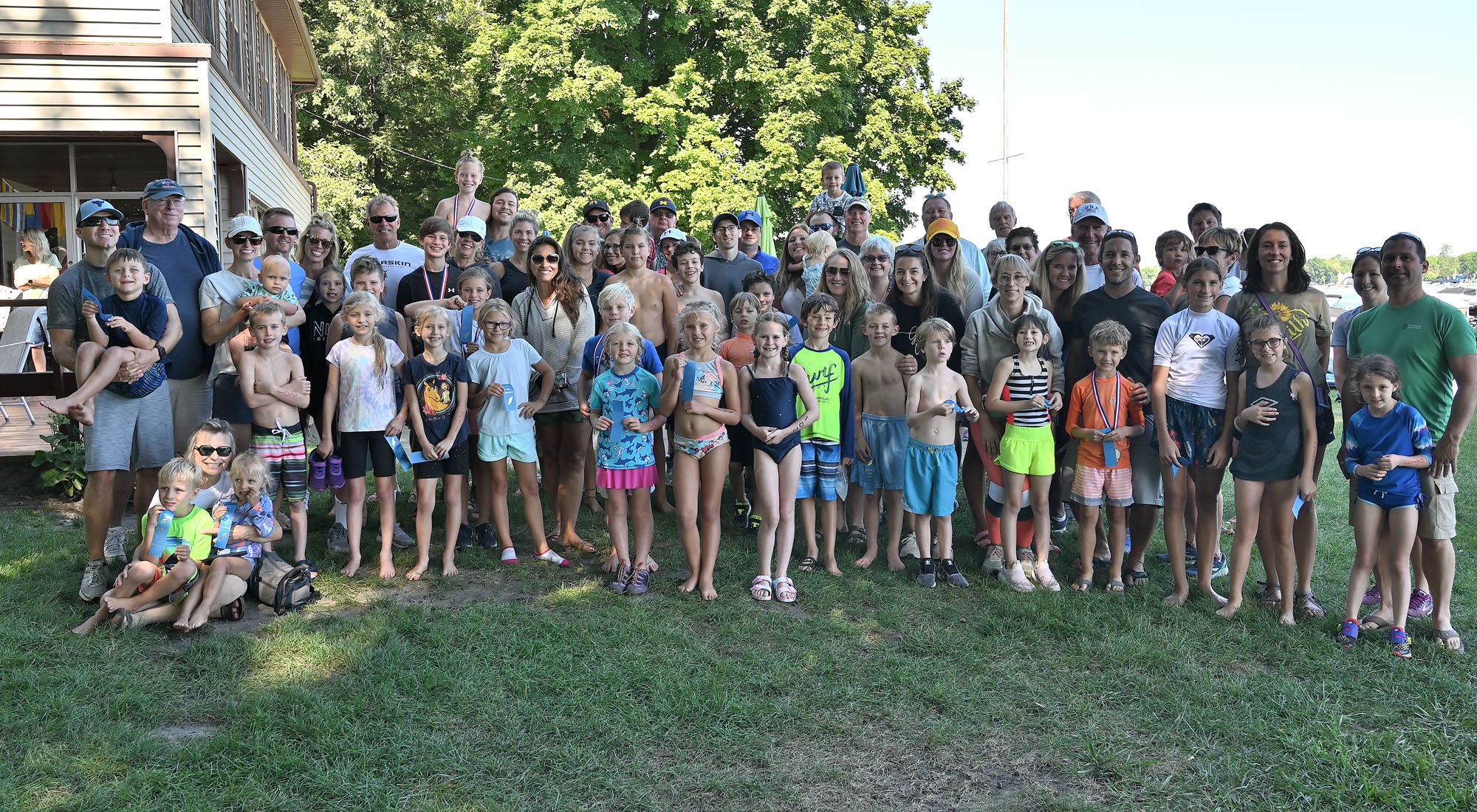 The Triathlon consisted of a 100 meter swim, a half-mile bike ride, and a quarter-mile run. The participants were divided into two age groups: 9 to 13, and 8 and under, with awards for each.

In this video, you’ll see what the Kids Triathlon is all about.

Here are the three top competitors in the younger age group. 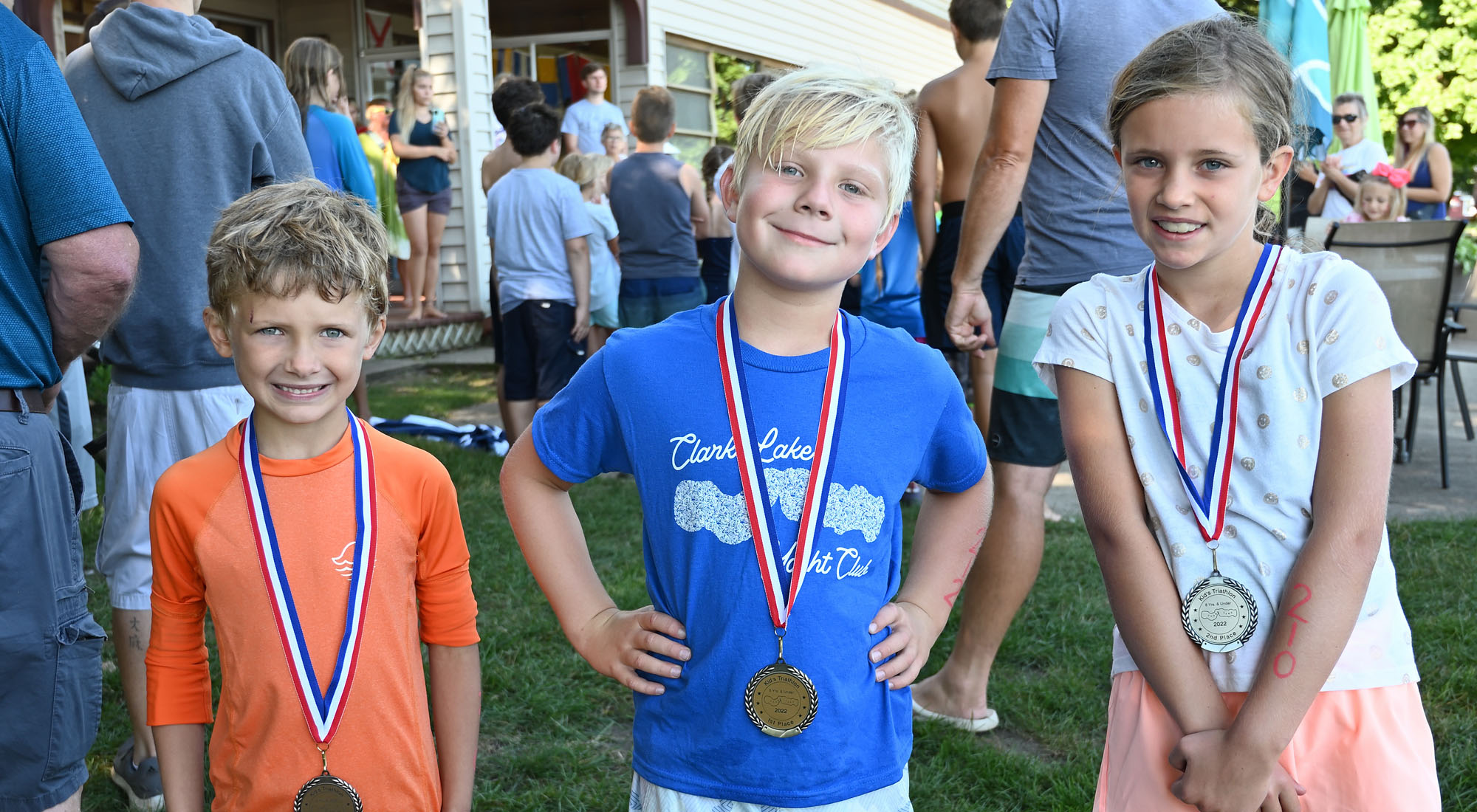 The top three competitors in 9 thru 13 were: 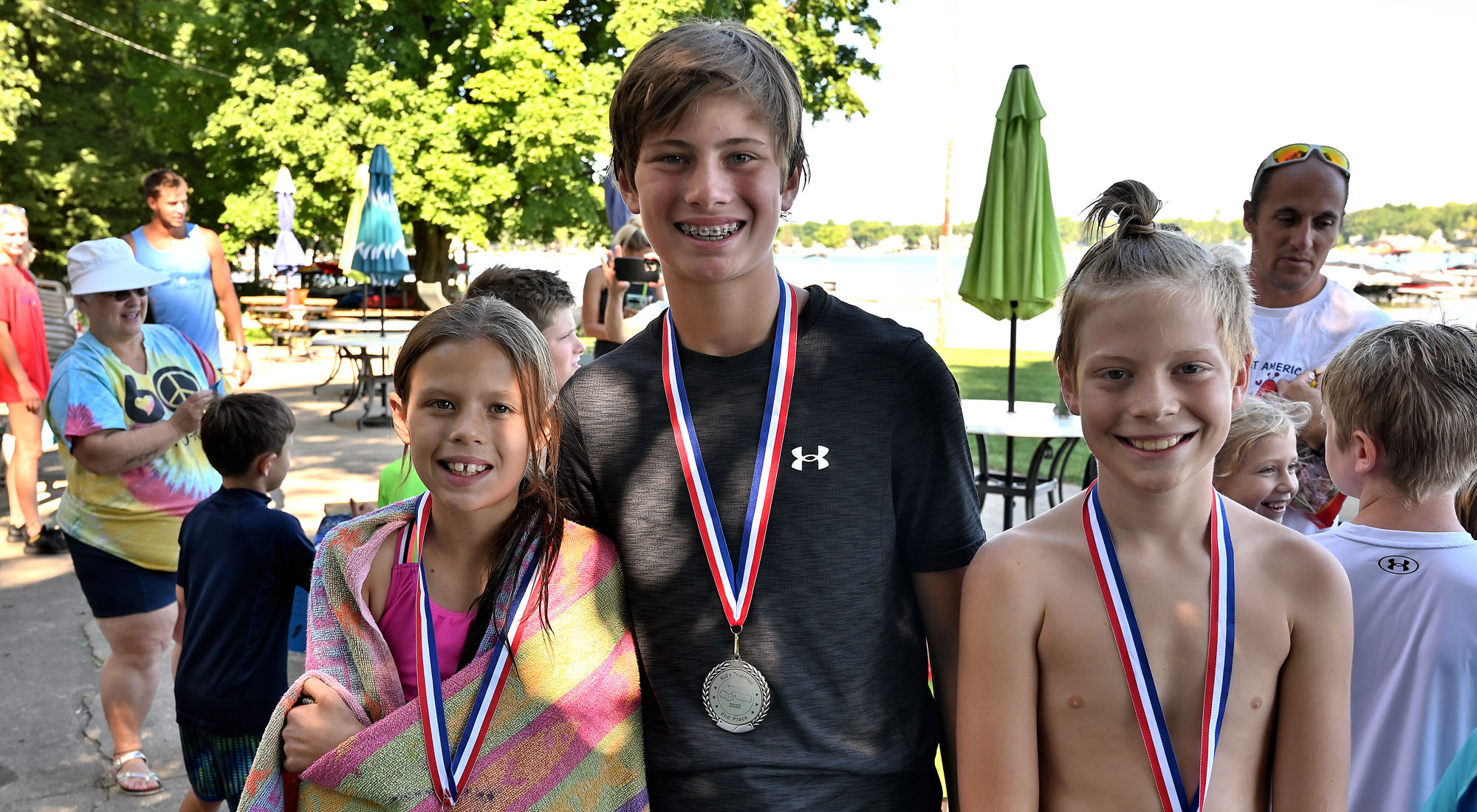 New this year:  After the Triathlon, kayak races were held for adults and kids.

Kids kayak race is below.

Top three in Kids Kayak were:

In Adult Kayak, Steve Fleming outran the others:

Check out Clark Lake’s champs in the three main events.

But wait, there’s more!  Fans and their kids enjoyed the day in other ways, too.

An event like this would not happen were it not for the advanced planning and hard work of the volunteers from Raft-O-Rama and the Clark Lake Yacht Club. 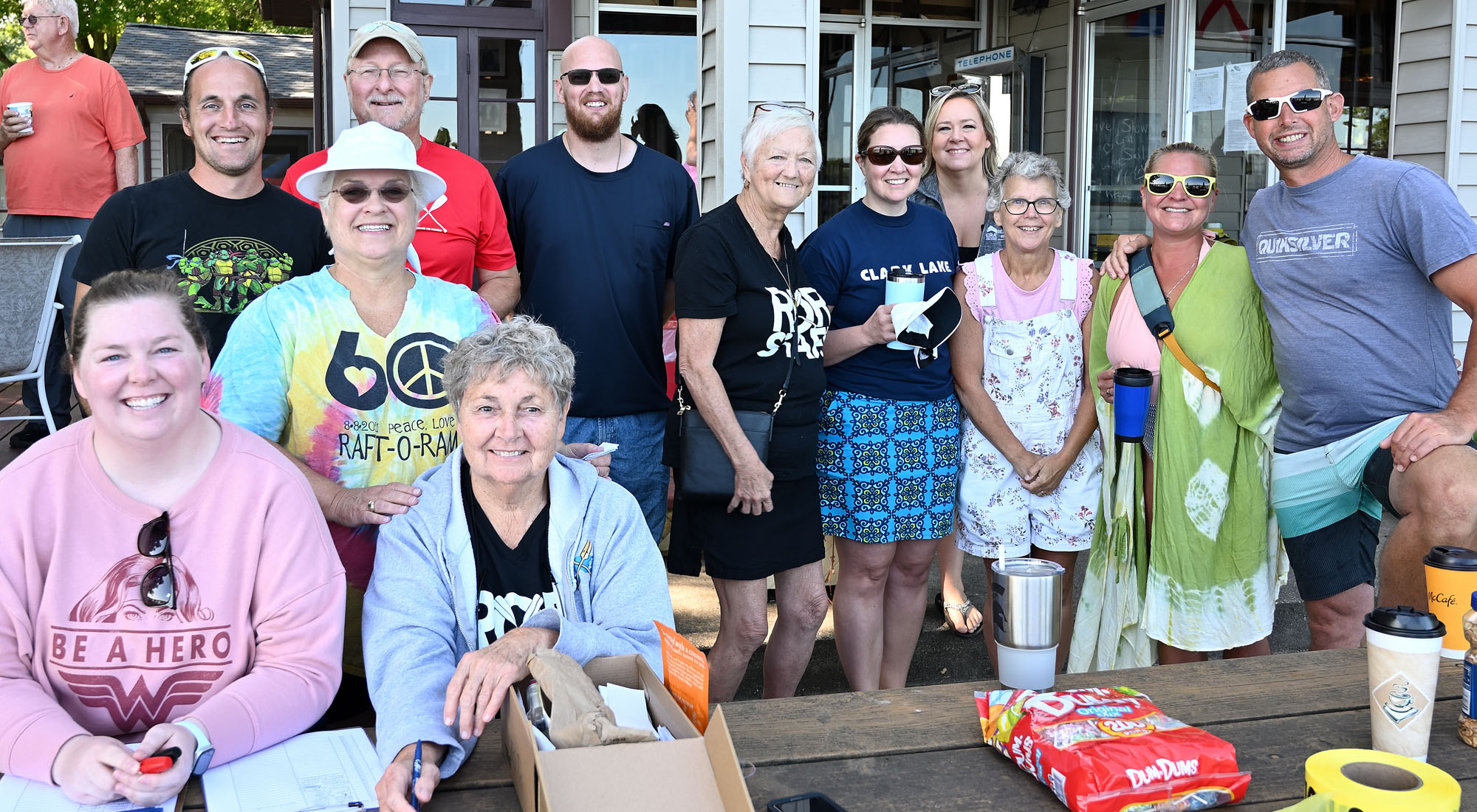