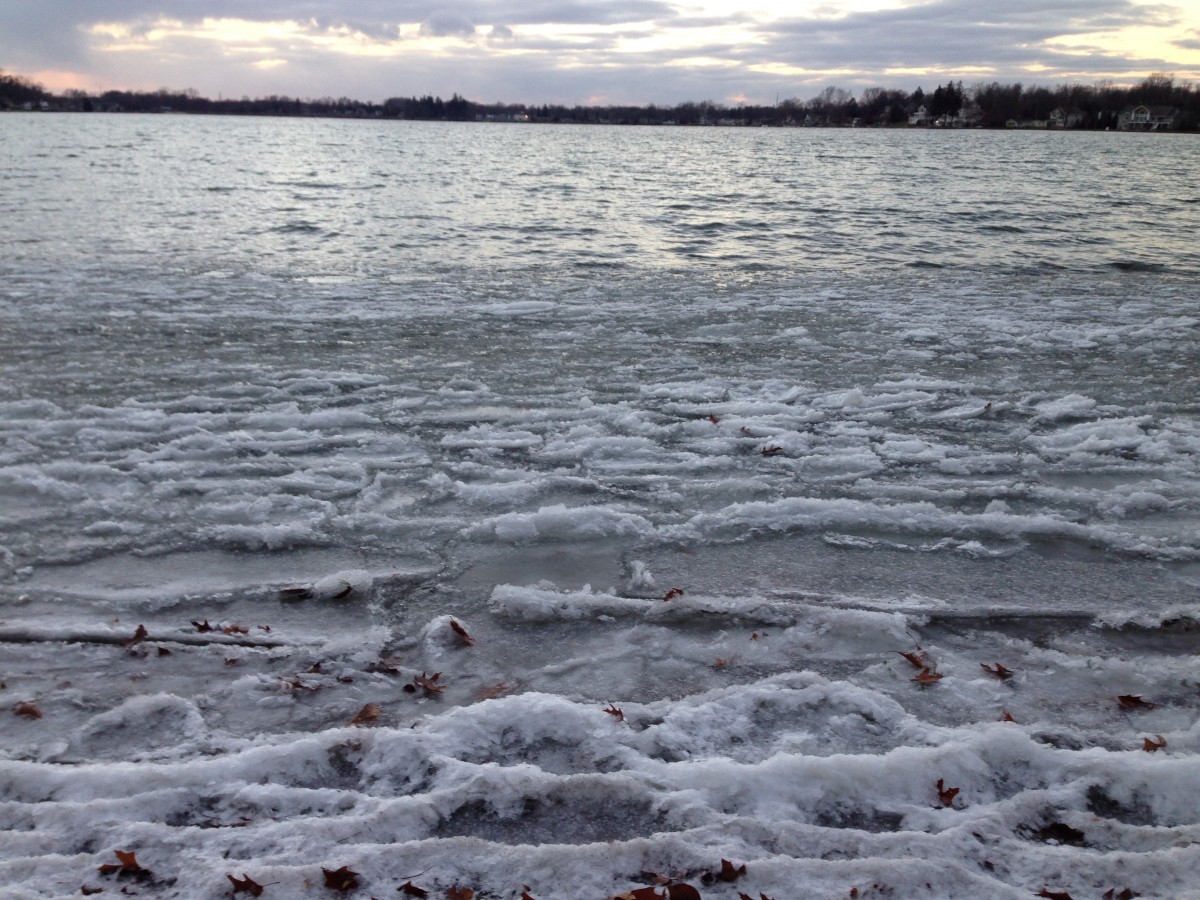 Guess what some people at Clark Lake saw this (Sunday) morning?  With temperatures in the teens last night, ice formed in several areas.  Winds broke up much of what was there, but it blew around with the slush remaining into evening.  Several ponds and swampy areas were fully covered in ice.  It also remained intact into night.