Tuesday’s fire that destroyed the house on White Road also took the life of an occupant and a dog.  The victim was 48-year old Timothy P. Rice.  An autopsy has been performed confirming the death was due to the products of combustion.

The call came to the Fire Department at 5:44 am.  Arriving minutes later, the fire had already engulfed the structure.  A Columbia Township Police officer, also on the scene early, observed the fire had completely inundated the living room and kitchen area, with smoke filling much of the structure.  The Columbia Township Police Department is equipped with bodycams.  This excerpt illustrates the aggressive nature of fire and how quickly it can spread.  It also shows what first responders must face in these kind of circumstances.

Columbia Township Fire Chief Scott Cota says wind fanned the flames. It “blew the fire through the house.” That impeded their work.

Getting more water to the scene was a critical need.  Trucks arrived from other departments—Grass Lake, Cambridge, Napoleon, Somerset, Liberty, Hanover, Addison, and Summit.  Also responding were Michigan State Police, Jackson Community Ambulance, and J-Dart.  Bill Bendele, of Bendele Construction, also played a role.  He used his excavator to move collapsed ceilings and walls so firefighters could attack the previously covered hot spots. Bill has a long history of providing this kind of valuable service at fires.  He brings with him his firefighting experience.  At one time, he was chief of the Cement City Fire Department, and continued to serve as captain when the Cement City and Addison departments merged.

Scott Cota emphasizes the importance of having smoke alarms with working batteries.  Quite often, “a person has only seconds to get out.”  Where wood burning stoves and fireplaces are in use, checking chimneys is a further act of fire prevention. The photo below from a January 2022 house fire, illustrates what a chimney fault can cause. 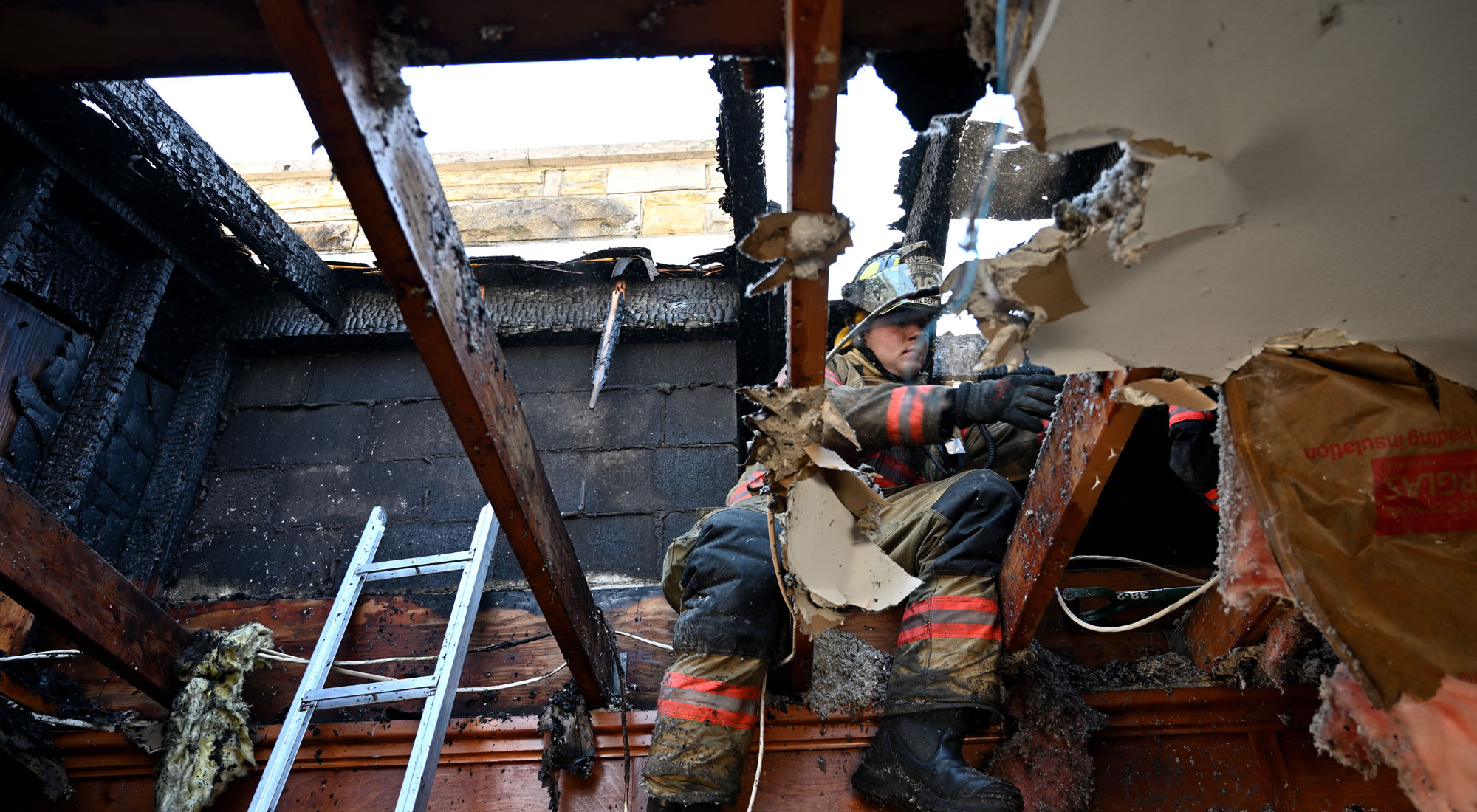