Thanks to Jim & Janet Seaman and Ruthann Cochran, I recently found myself with the opportunity to spend some time with Deland’s History of Jackson County, Michigan. This 1,123 page book by Colonel Charles L. Deland, published in 1903, is one of two known histories of the county. Talking to Rick Belcher, we agreed that the Clark Lake Spirit readers might be interested in hearing a description of our lake from 112 years ago. If anyone else has access to a copy, this article can be found on page 378. 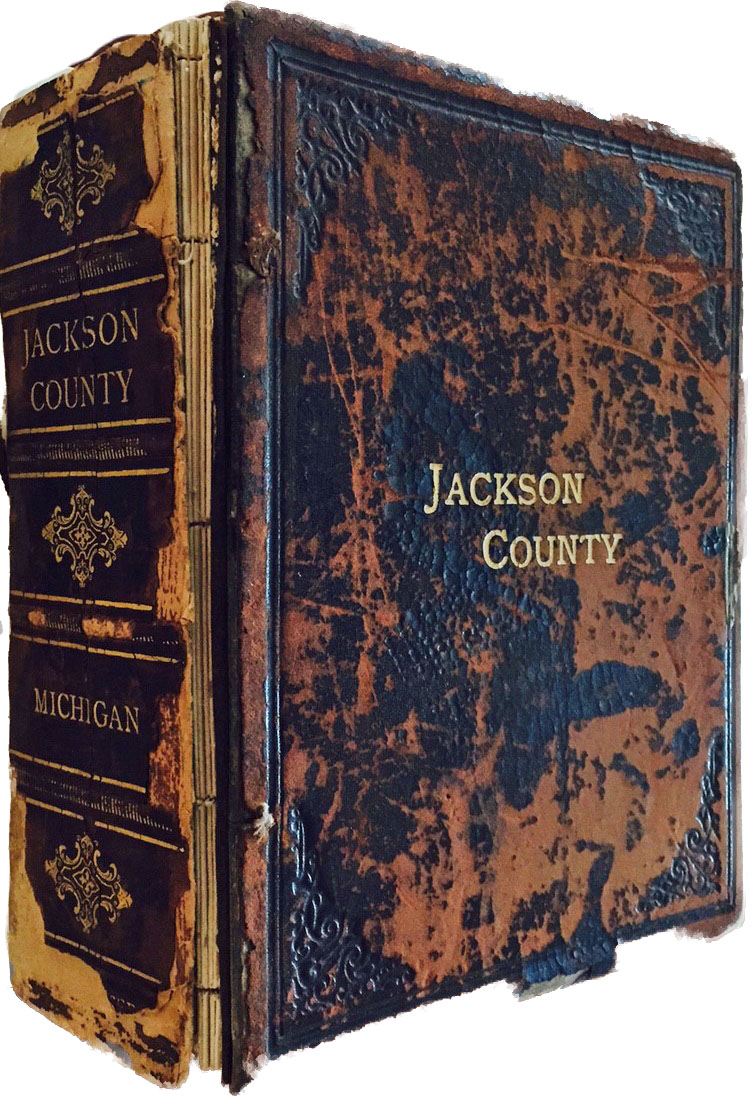 “Ever since Major Clark discovered and named the beautiful lake, it has been known as one of the largest in the county. It is situated in the township of Columbia, on the line of railroad from Jackson to Cincinnati,, known as the Cincinnati Northern, and has already a reputation reaching to and beyond the Ohio River and its favor and popularity are constantly increasing. Clark’s lake is three miles long and about one mile wide. Its waters are pure and cold and it is not contaminated with marshes, swamps, or streams running into it. It is fed by springs that supply the purest water and of healthful quality. The majority of its patrons come from interior Ohio, Cincinnati, and Louisville and to the south of those places. It is fourteen miles from Jackson and in the season six to eight trains a day speed over the rail between the two places. There are two large, well-kept public hotels, a score of boats ply its waters, and all the accessories for comfort and pleasure. The country around has good roads and is dotted with fine farms and delightful residences. The rural mail carriers are abroad in the land and the telephone wires are strung among the trees. The daily papers from Cincinnati and Louisville are regular visitors during the season. Clark lake is metropolitan in its conveniences and cosmopolitan in its population. While the summer settlement at Clark lake is large, there is still room for more. In the next two decades we shall see the trolley car humming along its shores and when these come it will provide superior attractions to all.”

Note:  The text was copied without alteration from the book.