Say “Hi” to the DamCam 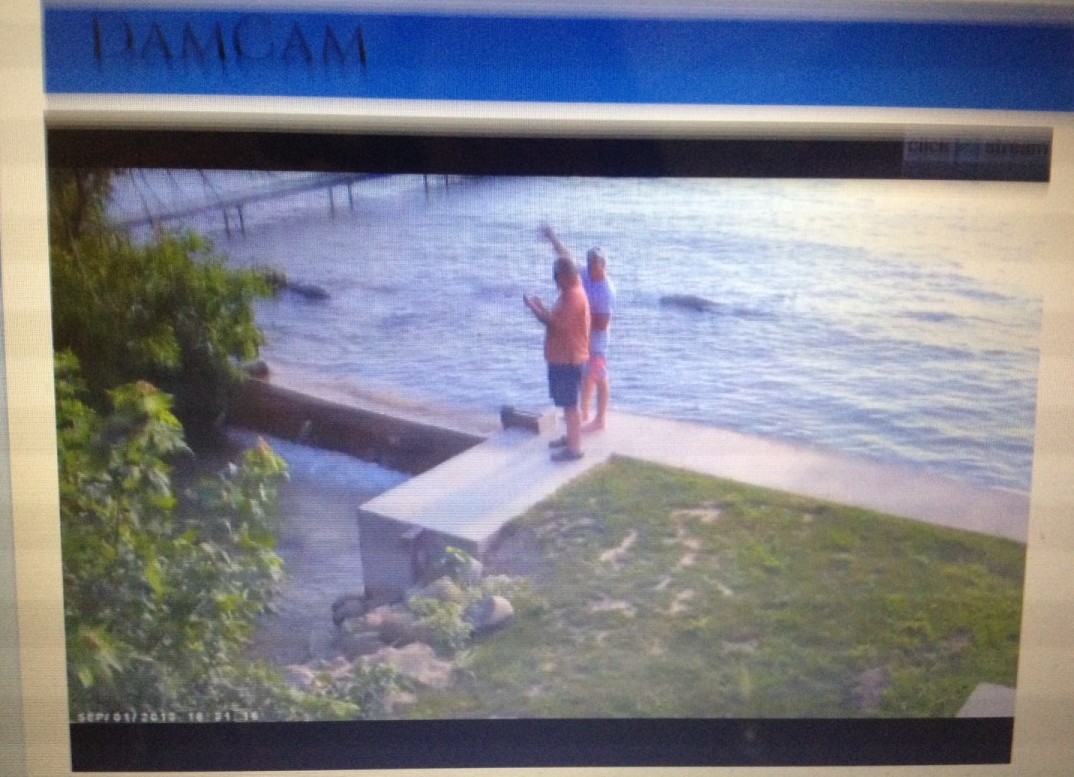 Now that the Clark Lake Spirit Foundation DamCam has been up and running for a couple weeks, a new trend is developing. People are finding an interesting use for it–waving hello! By traveling to the Palmer Dam at Ocean Beach and standing in view of the DamCam, people are relaying their greetings not only to intended viewers, but to anyone, anywhere who happens to be watching at that moment. After all, this is an international phenomena. Anyone in the world who has Internet access can see what’s happening at our dam 24/7.

Recently Ted Ligibel, and his son Ross, waved to the DamCam while the family at the Ligibel cottage on Eagle Point watched. They snapped an iPhone pic to preserve a bit of Labor Day 2013 history.

One school teacher says she plans to invite someone here at the lake to wave to her third grade class as they watch at a Toledo-area school. Are performances next?